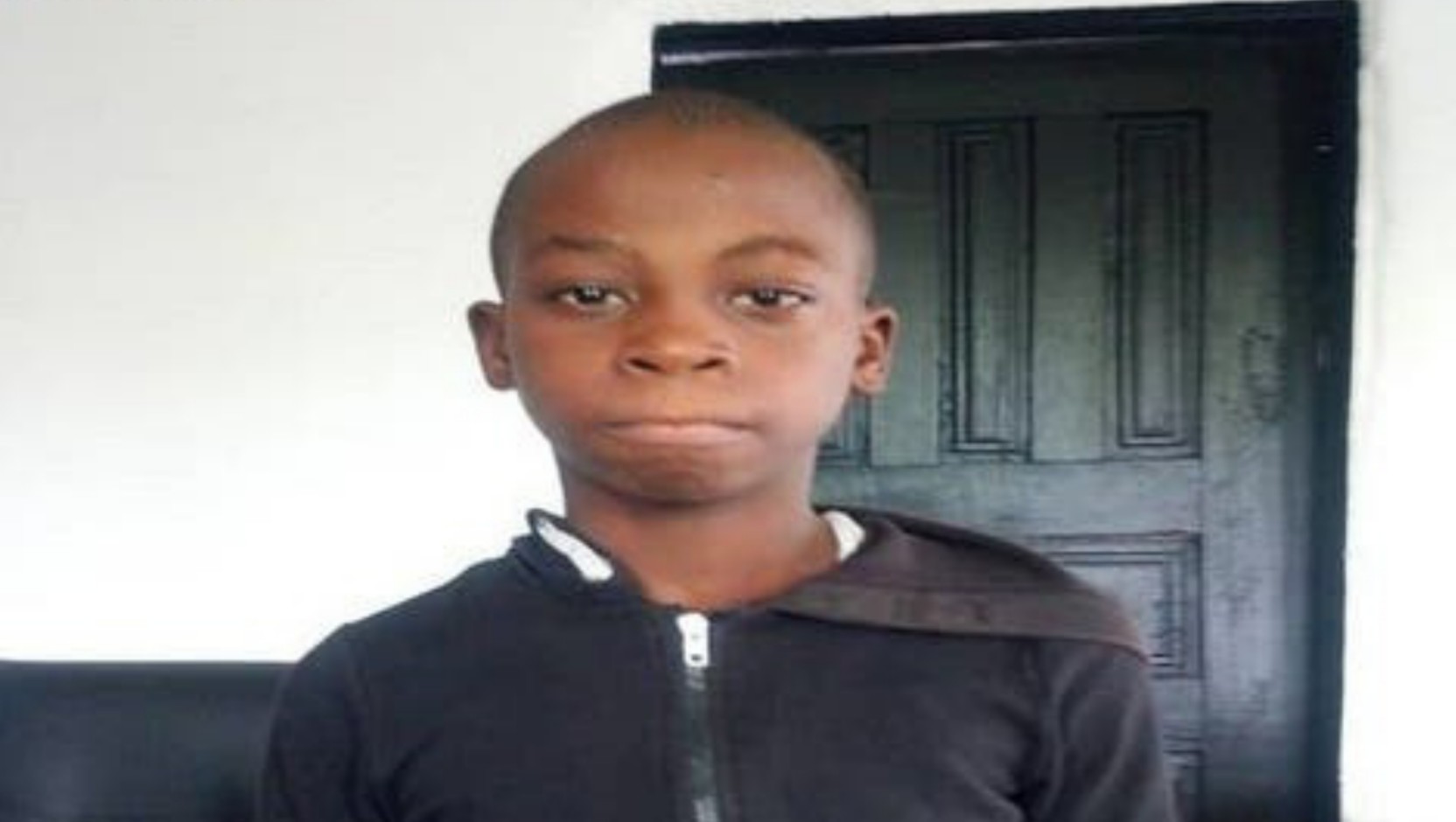 An 11-year- old boy Wisdom Timo has been rescued while wandering in Ahoada East Local Government Area of Rivers State.

The victim, an orphan and a resident of Power line Onitsha was rescued by a good Samaritan at Rumuekpe junction in Rumuji under Emoha Local Government Area of the State.

According to report, Wisdom was trekking to Onitsha from Ahoada where he stayed with a woman he was handed over to by his grand mother, a petty trader in Onitsha when he was found.

Speaking on the incident, Police spokesperson, Haruna Mohammed confirmed the rescue, said the victim had since been exposed to moral danger as efforts to locate his relations had been abortive.

He said, “The Anambra State Police Command wishes to inform “Ndi Anambra” that an 11years old child who gave his name as Wisdom Timo and Resides at Power line Onitsha was found wandering in Ahoada East LGA of Rivers State.

“The child who claimed he stays with his grand mother at the above address also said he was a student at “Benisamama Academy Onitsha”.

“He is an orphan as both his parents are dead and he is the only offspring of his late parents. He call his grandmother “Mama Godspower” because she has a son called Godspower.

“According to him, the grandmother sells retail food condiments under the overhead bridge at Onitsha.

“The grandmother allegedly handed him over to a woman at that under bridge location and told him that the lady was taking him to AHOADA in Rivers State.

“He stayed with the woman for about two days and escaped from her because according to him she was not feeding him well. He decided to trek back to Onitsha from there without knowing the way.

“He was however, picked up by a good Samaritan at Rumuekpe junction in Rumuji under Emoha LGA of Rivers State and returned to AHOADA division in Rivers.

“Several efforts made to locate his relations proved abortive and it is obvious that the child is exposed to moral danger.

“Anyone with useful information about the chid’s relations should contact PPRO Anambra State Police Command through GSM no 08060970639.”

The post 11-year-old orphan rescued trekking from Rivers to Onitsha appeared first on Within Nigeria.