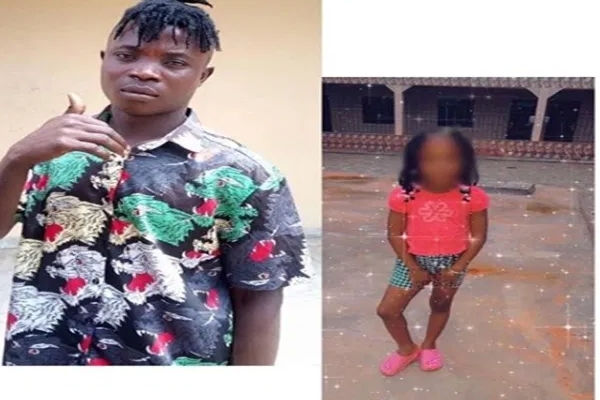 According to Warri Aproko, the suspect committed the act on the 26th of October,2020, during the #EndSARS protest in Abraka, Delta State and all efforts to get the police to arrest and investigate the suspect has proved abortive.

It is also reported that Wisdom is now on the run. According to medical reports, the suspect injured the little girl badly. However, residents have taken to social media to call on the Delta State Commissioner of Police (CP) Hafiz Mohammed, to give a marching order to the Abraka Divisional police officer to fish out the suspect.

The post 26-year-old man on the run after allegedly defiling a 7-yr-old girl during endsars protest appeared first on Within Nigeria.