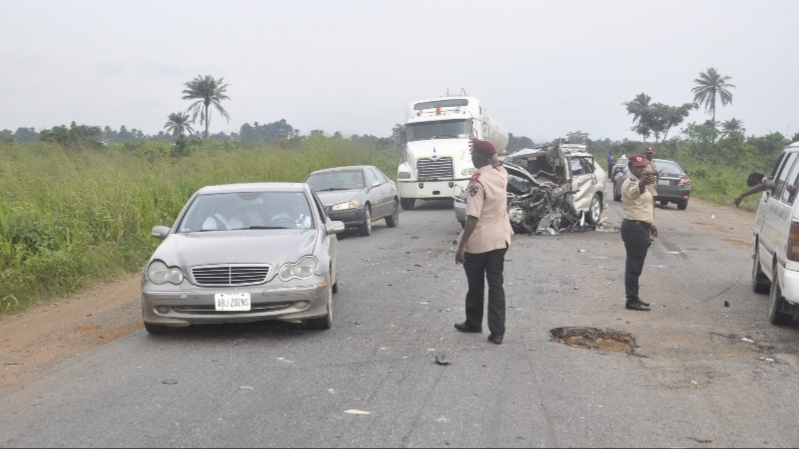 Six persons have died on Sunday along the Enugu-Onitsha expressway at Nkwelle Ezunaka, Oyi Local Government Area of Anambra State in a fatal road accident.

WITHIN NIGERIA gathered that 11 persons also sustained varying degrees of injury in the crash which involved two vehicles; a white commercial bus and an unregistered shuttle bus.

“Accident was recorded at 1710hrs this evening 22nd November 2020 at Nkwelle Junction along Nteje – Onitsha expressway.

“Eyewitness report reaching us indicates that the crash occurred as a result of excessive speeding leading to loss of control of the bus and crashing eventually.

“A total of 17 people; 11 male adults and six female adults were involved in the Crash. 11 male adults who sustained varying degree of injuries were rushed to Iyi – Enu Hospital, Ogidi by FRSC rescue team from Nteje Unit Command.”

He added that corpses of the six persons who were killed in the accident have been deposited in a Mogue after Doctor’s confirmation.

The post 6 Die In Road Accident Along Enugu-Onitsha Expressway appeared first on Within Nigeria.