A ‘worm’ moon will rise Sunday evening. By some definitions, it’s a ‘super worm moon.’

‘Worm Moon’ to light up last weekend of March

The night sky will be brighter than normal during the last weekend of the month as the “Worm Moon” rises on March 28.

Get ready for the full “worm” moon, which will rise Sunday evening, March 28, in the eastern sky.

The name likely refers to the earthworms that appear in the soil as the weather gets warmer, inviting hungry birds to feed on them.

For millennia, people across the world, including Native Americans in the eastern and central USA, named the months after nature’s cues. According to the Old Farmers’ Almanac, each full moon has its own name.

“The tribes kept track of the seasons by giving distinctive names to each recurring full moon,” the almanac said. “Their names were applied to the entire month in which each occurred.”

The Old Farmers’ Almanac said that another explanation for the worm moon name refers to a different sort of “worm” – beetle larvae – which begin to emerge from the thawing bark of trees and other winter hideouts at this time of the year.

The moon will look most spectacular just as it appears above the eastern horizon early Sunday evening, even though the precise moment the moon is full is a few hours earlier, at 2:50 p.m. EDT.

It will also look plenty big Saturday and Monday nights. It looks especially vast to us when it’s near the horizon because of the “moon illusion,” when it looks larger there than it does when it’s high in the sky.

Other names for this month’s full moon include the crow, crust, sap, and sugar moon, according to NASA.

Also, by some definitions, it’s a supermoon, meaning that it’s a bit closer to the Earth than during an average full moon. “Different publications use slightly different thresholds for deciding when a full moon is close enough to the Earth to qualify as a supermoon,” NASA said.

Sunday’s worm moon will be the fourth-closest full moon to Earth in 2021, according to Nexstar Media Wire. April, May and June will all feature full moons that are closer, with the full moon of May being the closest of the year. 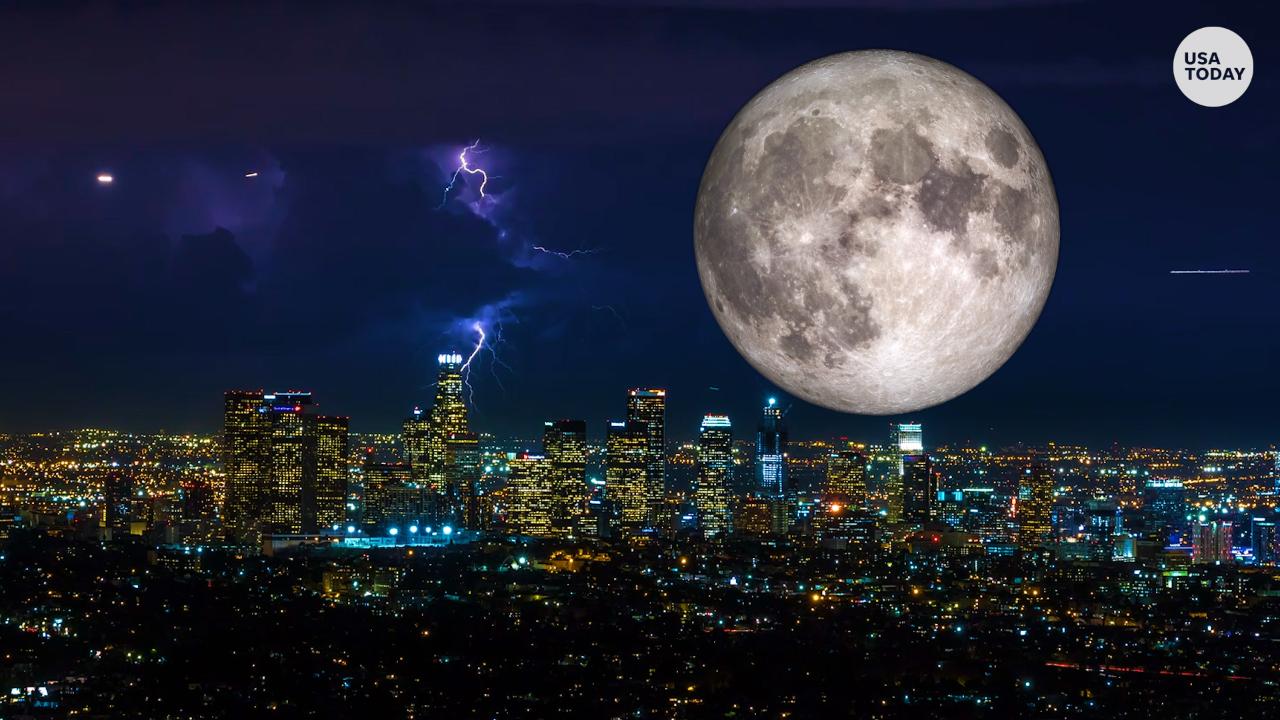 The meaning behind full moon names