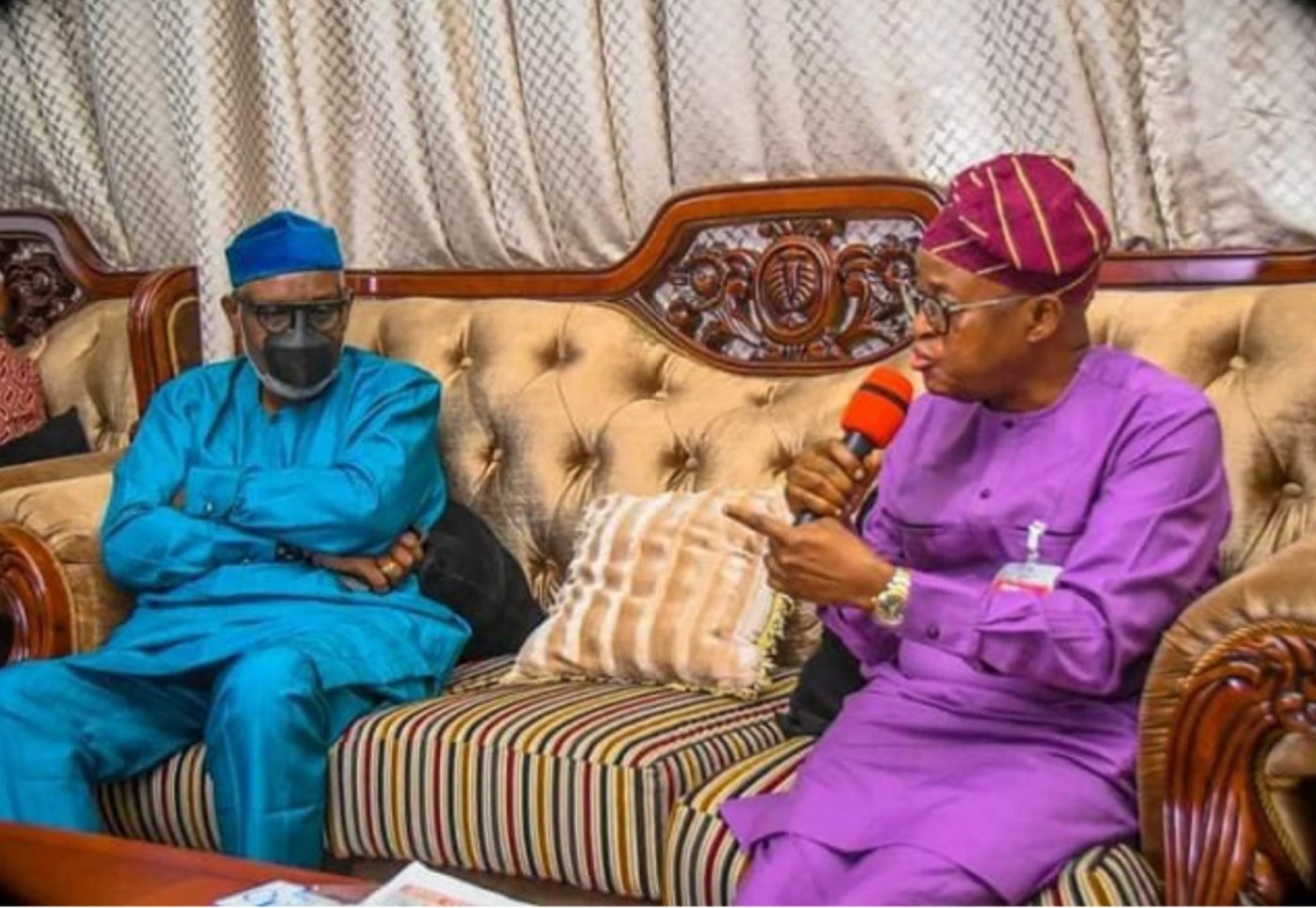 Gov. Rotimi Akeredolu of Ondo State, on Sunday paid a solidarity visit to his Osun counterpart, Adegboyega Oyetola, over the attack on his convoy by armed thugs that allegedly infiltrated the ranks of the #EndSARS protesters in Osogbo.

Akeredolu, who described the attack as shocking, appealed to the protesting youths to give government time to attend to their demands and interests.

Recall that suspected hoodlums on Saturday attacked Gov. Oyetola’s convoy while he was addressing EndSARS protesters in Osogbo.

He commended the security aides of Gov. Oyetola for not fighting back, saying that the situation would have resulted in an unpleasant outcome which will make nonsense of the the governor’s solidarity with the people.

The governor, who came in company of his Deputy-governor elect, Mr Lucky Ayedatiwa, also thanked Oyetola for standing behind them during the election.

In his response, Oyetola said the protest by the youths was legitimate but warned them to be wary of political thugs that seem to be steadily hijacking the movement in the State.

“The youths should be careful because the core protesters’ ranks have been infiltrated by thieves, looters and vandals, who went as far as attacking private businesses in Osun Mall.

“Please, reconsider the way the economy is being hampered and the fear that has been created in other citizens of the State, and let’s stay focused with our demands.

The post Akeredolu visits Oyetola over #EndSARS attack appeared first on Within Nigeria.