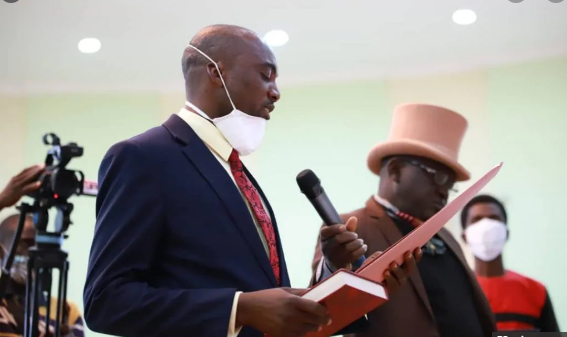 The Commissioner for Health and Human Services in Benue State, Dr Emmanuel Ikwulono, has died.

Dr Ikwulono lost his life, this afternoon after spending three months as Commissioner.

Although, his family is yet to release a formal statement, a Government House source confirmed that the Commissioner died of complications at a Jos hospital after undergoing surgery for an undisclosed ailment.

“He attended the last State Executive Council meeting last week and subsequently went for surgery operation. His death came as a rude shock this evening,” the source added.

Dr Ikwulono was sworn in on August 5, 2020, after his predecessor, Dr Sunday Ongbabo resigned his position as a member of the State Executive Council.

Meanwhile, it was gathered at the time of this report that Governor Samuel Ortom had been in shock after receiving the news of the sudden demise of the Commissioner.

The post Benue State Commissioner For Health, Emmanuel Ikwulono Is Dead appeared first on Within Nigeria.