President Joe Biden departs Wednesday on his first overseas trip in office, an eight-day blitz that will include meetings with key allies and one big adversary – Russia’s Vladimir Putin. Biden will attend the Group of Seven summit in Cornwall, England, then head to Brussels, Belgium, for a NATO summit and a meeting with European Union chiefs before sitting down with Putin in Geneva, Switzerland. The European leaders should find Biden more cordial than predecessor Donald Trump, who badgered NATO countries to increase their financial contributions and clashed with Europe on climate change, trade, and other issues.

Joe Biden is heading to Europe for his first international trip as president to strategize with G7 democracies and other NATO allies before confronting Russian President Vladimir Putin about global issues during a meeting in Geneva. (June 7)

House Democrats are poised to start drafting infrastructure legislation Wednesday, hours after President Joe Biden shifted negotiations on his infrastructure plan that would total about $1 trillion toward a bipartisan group of centrist senators after negotiations with six Republicans broke down. The legislation appears to be one of the “several paths” to Biden’s goal, White House Press Secretary Jen Psaki said. The breakdown in negotiations Tuesday came as the two sides failed to broker the divide over the scope of the president’s sweeping infrastructure investment and how to pay for it. As Biden reaches for a bipartisan deal, he has ramped up talks with a separate group of senators that includes moderate Democratic Sens. Kyrsten Sinema of Arizona and Joe Manchin of West Virginia as well as Republican Sens. Mitt Romney of Utah, Rob Portman of Ohio and Bill Cassidy of Louisiana. According to Psaki, Biden plans to stay in contact with the senators by phone while he is in Europe.

Why U.S. infrastructure is lagging behind other countries

The U.S. funds infrastructure differently than a lot of other countries, relying more on state and local spending. Here’s why it’s faring so poorly.

The Minnesota Supreme Court will hear oral arguments Wednesday in the case of Mohamed Noor, a former Minneapolis police officer who was convicted of third-degree murder in the 2017 shooting death of Justine Ruszczyk Damond, who had called 911 to report a possible sexual assault behind her home. Noor’s attorneys argue that a divided Minnesota Court of Appeals failed to follow legal precedents defining third-degree murder when it affirmed Noor’s conviction. The court’s decision has repercussions for another high profile police killing case as former Minneapolis officer Derek Chauvin was also convicted of third-degree murder, as well as second-degree manslaughter, for killing George Floyd. Civil rights attorney Ben Crump compared the Noor case to the incident with Kim Potter. The former Brooklyn Center, Minnesota, police officer has been charged with second-degree manslaughter in the April shooting death of Daunte Wright, a 20-year-old Black man. 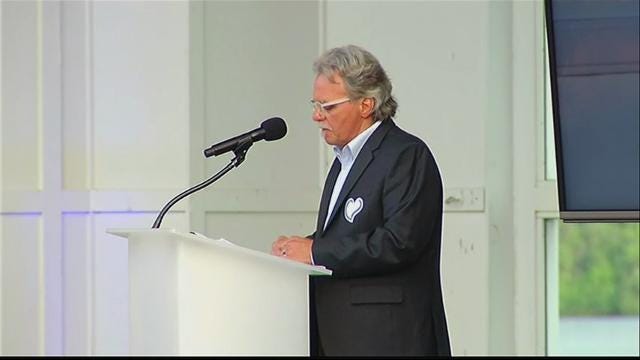 The fiancé of Justine Damond, an Australian woman shot and killed by a Minneapolis police officer, told more than 200 mourners “it felt like a privilege” to love her. Don Damond spoke Friday night at a memorial held in southwest Minneapolis. (Aug. 11)

Tom Hiddleston returns as the Marvel Cinematic Universe’s troublemaking Loki in a new Disney+ series streaming Wednesday. “Loki” follows the mercurial Norse god after his escape via some time-shifting shenanigans in “Avengers: Endgame.” In the first episode, Loki is apprehended by the all-powerful Time Variance Authority, where employee Mobius (Owen Wilson) decides to use the antihero to help track down a dangerous fugitive who’s wreaking havoc on the timeline and killing TVA agents. USA TODAY critic Kelly Lawler likes what she’s seen so far: “This is the first Marvel series on Disney+ to have a firm hold of its identity from the word go.”

Tom Hiddleston is back as Loki in the new Marvel Studios series by the same name, debuting on Disney+ in June.

2021-06-09
Previous Post: Biden is heading to Europe for his first time as president. What’s on his agenda, and what to expect
Next Post: দেশের সবচেয়ে বেশি বজ্রপাত সুনামগঞ্জে | Sunamganj News