It is absolutely refreshing to hear a Democrat just go for it, making the argument for why each component is reasonable and necessary for the future of our families and the country overall. 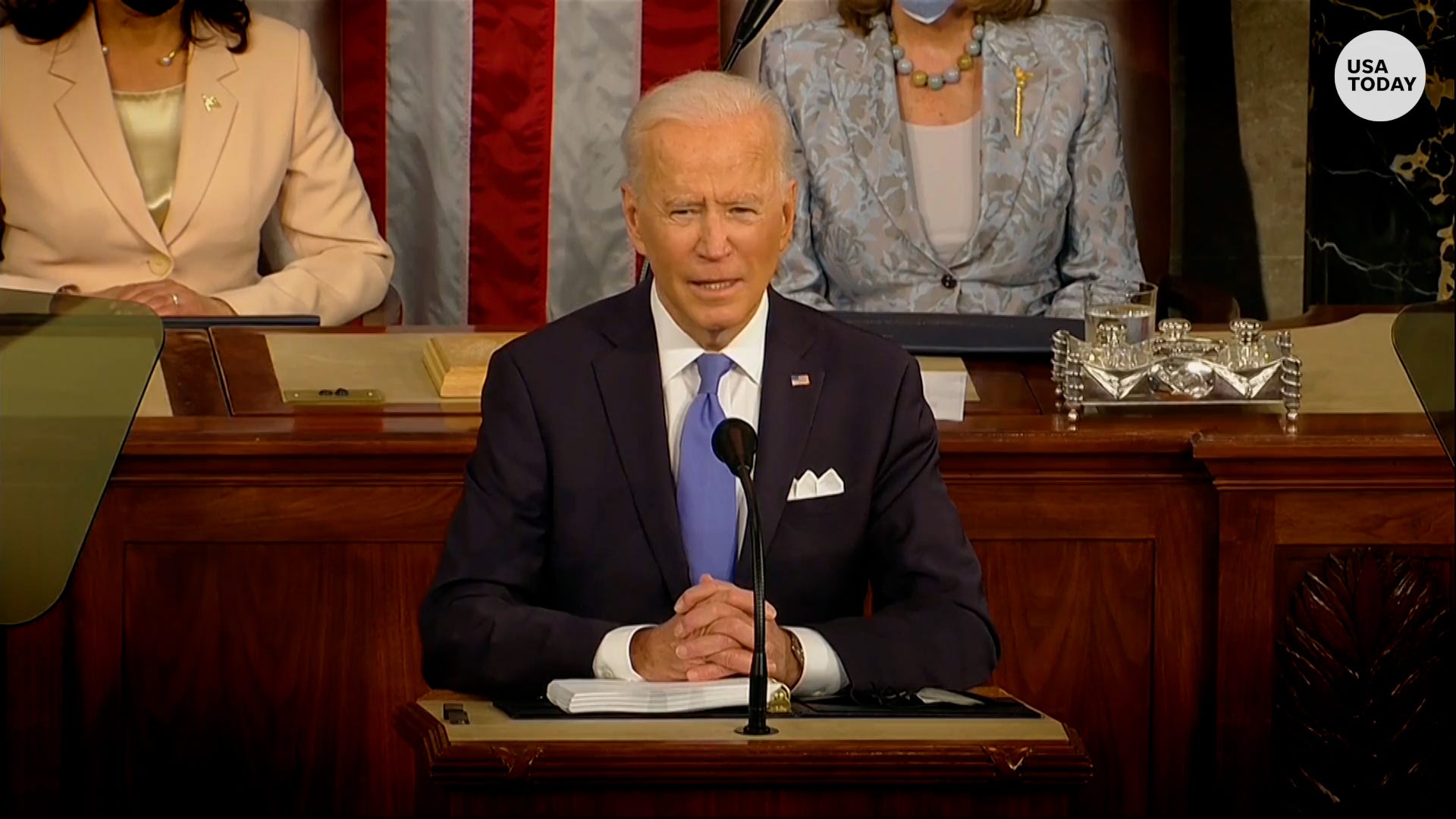 President Biden claims ‘America is on the move again’

President Joe Biden addressed a joint session of Congress for the first time after nearly 100 days into his presidency.

After 98 days in the White House, President Joe Biden delivered his first address to a joint session of Congress on Wednesday. Deputy Editorial Page Editor David Mastio and Commentary Editor Jill Lawrence watched the 65-minute speech and had strikingly different reactions to what the president said.

David: Donald Trump is gone, but Washington is still stuck on abnormal. Joe Biden has brought back low-key competence and along with it a sense of calm, yet I can’t wrap my mind around a speech to a joint session of Congress centered on plans to spend $6 trillion and change in addition to the regular budget.

Biden’s speech tonight made it seem all so reasonable and normal. His tone was folksy and quiet. He only repeated one falsehood from the Washington Post’s list of Biden’s first 100 days misleading claims. But at its core, Biden proposed a cradle to grave liberalism that is shocking in its ambition. From pre-school for 3- and 4-year-olds to home care for grandma, every stage of life can be improved with a dollop of federal largesse. And we can afford it all with no sacrifice. We just need big business and the rich to pay their “fair share” and stop cheating on their taxes.

This is looney tunes. The American Rescue Plan, the American Jobs Plan and the American Families Plan must inevitably come with costs, unintended consequences and misfires. Federal money always comes with strings. If Biden gets his way, we’ll be sorting out the wreckage for decades.

Jill: I experienced the same contrast in style and substance as you, but where you see a shockingly ambitious liberal agenda, I see a popular corrective to decades of neglect. Decades of starving the government and enriching the rich while ignoring structural racism, gun violence, immigration problems and income inequality so severe it undercuts our ownership of upward mobility and the American Dream.

If Biden gets even half of this done, and I hope he gets it all, he will have FIXED decades of wreckage.

It is absolutely refreshing to hear a Democrat just go for it, making the argument for why each component is reasonable and necessary for the future of our families and the country overall. Just like Republicans did when they kept talking about repealing the Affordable Care Act when Barack Obama was president.

I realize Biden’s plans are expensive, but a lot of this can be paid for by restoring a fairer tax system. And, of course, the economic growth that Republicans always promise but rarely if ever deliver. Biden’s plans have got to work better than trickle-down economics. They help people who need help, not those who are already wealthy and usually forget to trickle anything down.

David: Decades of neglect? Eight of the last 12 years have been under a Democratic president who had Joe Biden as his vice president. Was Obama neglecting America when he reshaped nearly one-fifth of the American economy with the Affordable Care Act?

What you see as decades of neglect I see as decades of Democratic political defeats. Republicans haven’t neglected gun violence, they’ve refused to go along with Democrats’ agenda to water down gun rights. Republicans haven’t neglected immigration, they’ve approached it from a radically different point of view than Democrats. Under Trump, it was surely the wrong approach, but it was anything but neglect. Biden’s victory was slim and no repudiation of Republicans on their core issues.

I fear that Biden rode into office on the votes of Americans who thought he was the moderate, modest choice in the Democratic field. Now they’re finding out he’s gone far to the left of where Democrats were under the two previous Democratic presidents. That will reunite the right, still under the sway of Donald Trump, and turn off Biden’s support in the center leading to a Democratic disaster in the 2022 House and Senate elections.

The reason I voted for Biden was in the hope that he would keep the Democrat’s far left in check long enough to unite the country through a couple of election cycles and help purge the Republican Party of Trumpism. After this speech, I see I am not in luck.

Jill: Republicans have been thwarting Democratic attempts to deal with neglect while trying their best to make sure people who tend to vote for Democrats are penalized as much as possible under a system of government that puts them at a structural disadvantage from the start.

The two parties haven’t always been at odds on immigration reform and gun measures like universal background checks. They weren’t always at odds with health care. The ACA was based on conservative ideas like personal responsibility, competition and preserving private health insurance. But Obama didn’t get anywhere trying to compromise, and Democrats may be loath to spend too much time trying with people who won’t tell the truth about Biden’s fair and square 2020 win or outright condemn the disastrous, deadly Jan. 6 attack on the Capitol. They are understandably ready to accomplish as much as they can as fast as they can.

I see this as making up for lost ground. You see it as the ruination of America. At this point, I think all we can agree on is that Biden is clearly comfortable in this job and reassuringly competent at doing it. At 78, he projected vigor and caring and, at last, normalcy. I know that is small consolation for conservatives. Now you know how liberals have felt in the years since Republicans decided politics was a zero sum game and crowned Donald Trump their leader. 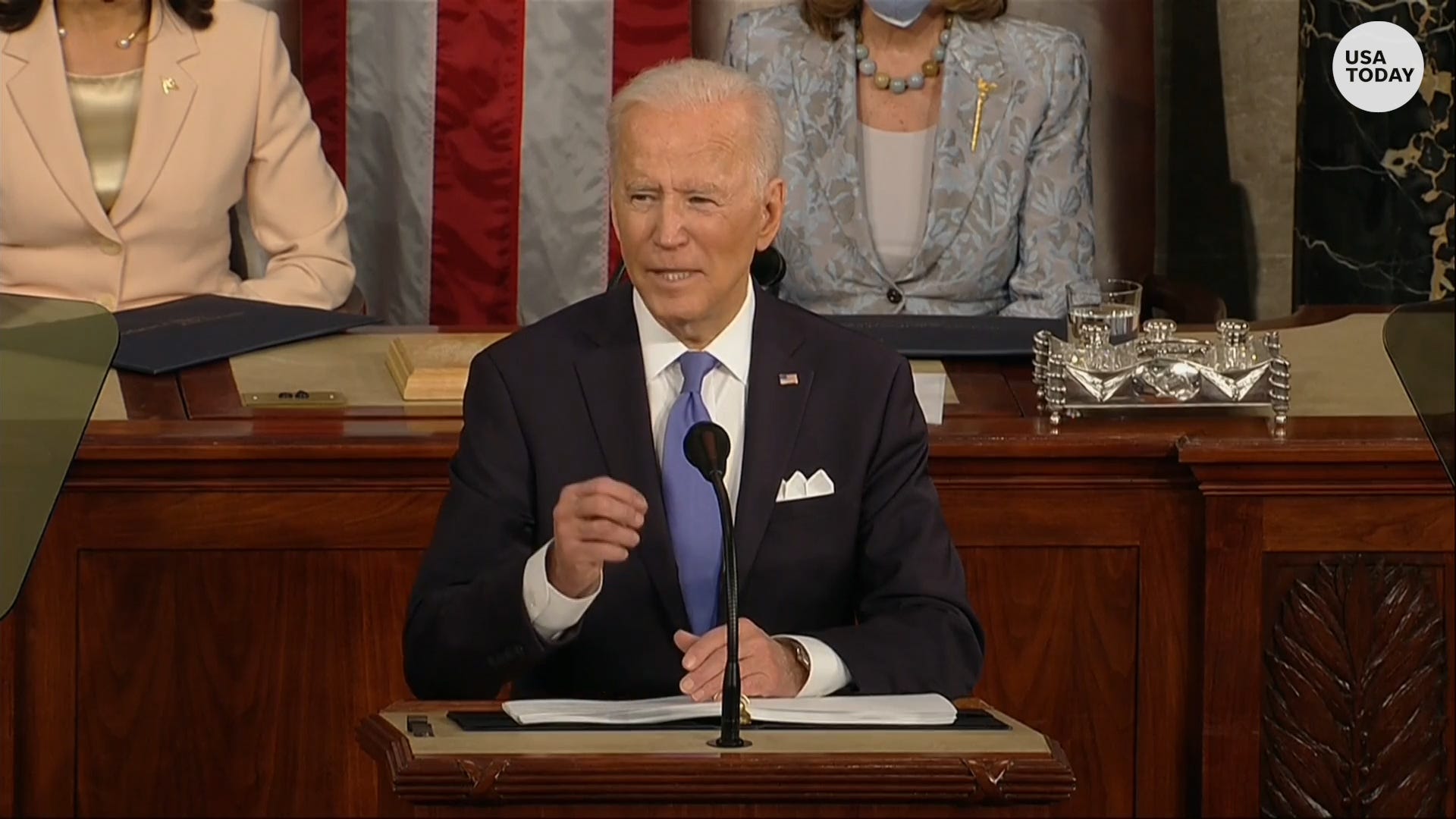 2021-04-29
Previous Post: Biden message to China and Russia: America is back, Trump is gone, the free ride is over
Next Post: Biden administration eyes major rollback in Iran sanctions to revive nuke deal