A 21-year-old Colorado man faced murder charges Tuesday in the shooting rampage at a Boulder supermarket that left 10 people dead and fueled chaos as panicked shoppers fled to safety amid the hail of bullets.

Boulder Police Chief Maris Herold released the names of the victims and said they ranged in age from 20 to 65. Among them was Officer Eric Talley, 51, a father of seven who responded to the 911 call.

The Boulder shooting suspect, identified as Ahmad Al Aliwi Alissa, was shot in the leg, Herold said. He was expected to be released from a hospital Tuesday and then booked into the county jail, authorities said.

“Today our city is grieving the the senseless loss of 10 lives in our community,” Mayor Sam Weaver said Tuesday. “A man with a gun monstrously struck them down.”

Details we know so far:

At the King Soopers on Tuesday, yellow crime-scene tape ringed a parking lot filled with Subarus, Jeeps and other cars abandoned by their owners. One car’s trunk remained open, as if deserted while its owner was loading groceries when the shooting began. Police officers from neighboring cities were helping secure the area, and evidence markers dotted the parking lot, along with two black tents erected where bodies once lay. A small memorial of flowers and signs was growing outside the hastily erected fence keeping the public away. Broken glass lay on the pavement in several areas, from the store’s windows, but also from the front windows of a Ford Transit delivery van.﻿

Multiple witnesses said the gunman opened fire in the parking lot before moving inside. Officers responding to a 911 call of an active shooter exchanged gunfire with the suspect in the store, police said. Hundreds of police officers and a SWAT team descended on the store, and video showed an officer with a megaphone urging the shooter to surrender.

None of the shooting victims survived the attack, police said. The suspect was shot in the leg and taken by ambulance to a local hospital. He was expected to be released later Tuesday to jail.

Anna Haynes said she was in her apartment across the street from the store when she heard noises outside she assumed were firecrackers or a car backfiring. She told CNN she looked outside to see a body on the ground and a man, armed with a semiautomatic rifle, shoot at someone. He then went inside the store, and moments later people were running out.

“It devolved into chaos in just a couple of minutes,” she said.

Democratic Rep. Joe Neguse, whose district includes Boulder, said the loss of life “is truly heartbreaking and unimaginable.” He expressed condolences to the victims but added that “enough is enough.”

“If we are truly invested in saving lives, then we must have the willpower to act and to pass meaningful gun reform,” Neguse said in a statement. ‘The time for inaction is over.”

On Tuesday, the Senate Judiciary Committee was holding a hearing on possible steps to reduce gun violence. The panel’s chairman, Sen. Dick Durbin, tweeted Monday evening that shooting spree and one in Georgia last week have left the nation “reeling.”

“And it’s not just mass shootings: according to the CDC, on average, 109 Americans lose their lives every day to gun violence. It’s long past time to act on this nation’s gun violence epidemic,” Durbin said.

Logan Smith was working at the Starbucks kiosk in the store when a customer alerted him that there was an active shooter in the parking lot. Smith told the “Today” show he ran outside briefly then back inside and called 911. He helped hide a coworker behind some trash cans behind the kiosk, then tried to hide himself.

“I was definitely in a life-threatening situation if the shooter came to the kiosk,” he said. When it was over, at least two friends and co-workers had been killed, he said. Another friend has not answered his phone, and Smith said he does not yet know that friend’s fate.

“It’s definitely been rough,” he said. “It’s harder than it was yesterday, just thinking about the friends that I lost.

Ryan Borowski was shopping for chips and a Cherry Coke when the shooting began. Borowski told CNN he was near the front of the store when he heard the first shot. The store went quiet, he said, like a restaurant when a waiter drops a tray of plates.

By the third shot, he was running to the back of the store. He never saw the gunman or the victims.

“What I saw was a terrified face running toward me,” he said. “We all ran. … I saw a lot of very wide eyes.”

Police would not definitively state whether there was only one shooter, but shelter-in-place directives were lifted and Boulder Police Commander Kerry Yamaguchi said there was “no ongoing public threat” after the arrest.

It remains unclear how the assailant was captured. Police did not disclose the type of weapon or weapons that were used, though Boulder Police Chief Maris Harold said they did get a call to the station “about a possible person with a patrol rifle.” Police provided no immediate information on a possible motive for the rampage and were unable to say whether the shooter knew any of his victims or had ties to the store.

The slain officer was identified as Eric Talley, 51, who had been with the police department since 2010, Boulder police Chief Maris Herold said. He went to the store after a call about shots fired and someone carrying a rifle, she said.

“He was by all accounts one of the outstanding officers of the Boulder Police Department, and his life was cut too short,” Boulder County District Attorney Michael Dougherty said of Talley.

Dozens of police and emergency vehicles, their lights flashing, escorted an ambulance carrying the officer from the shooting scene after nightfall. Some residents stood along the route, their arms raised in salute. As of late Monday, the identities of the other nine victims were not disclosed as police were still notifying their family members. 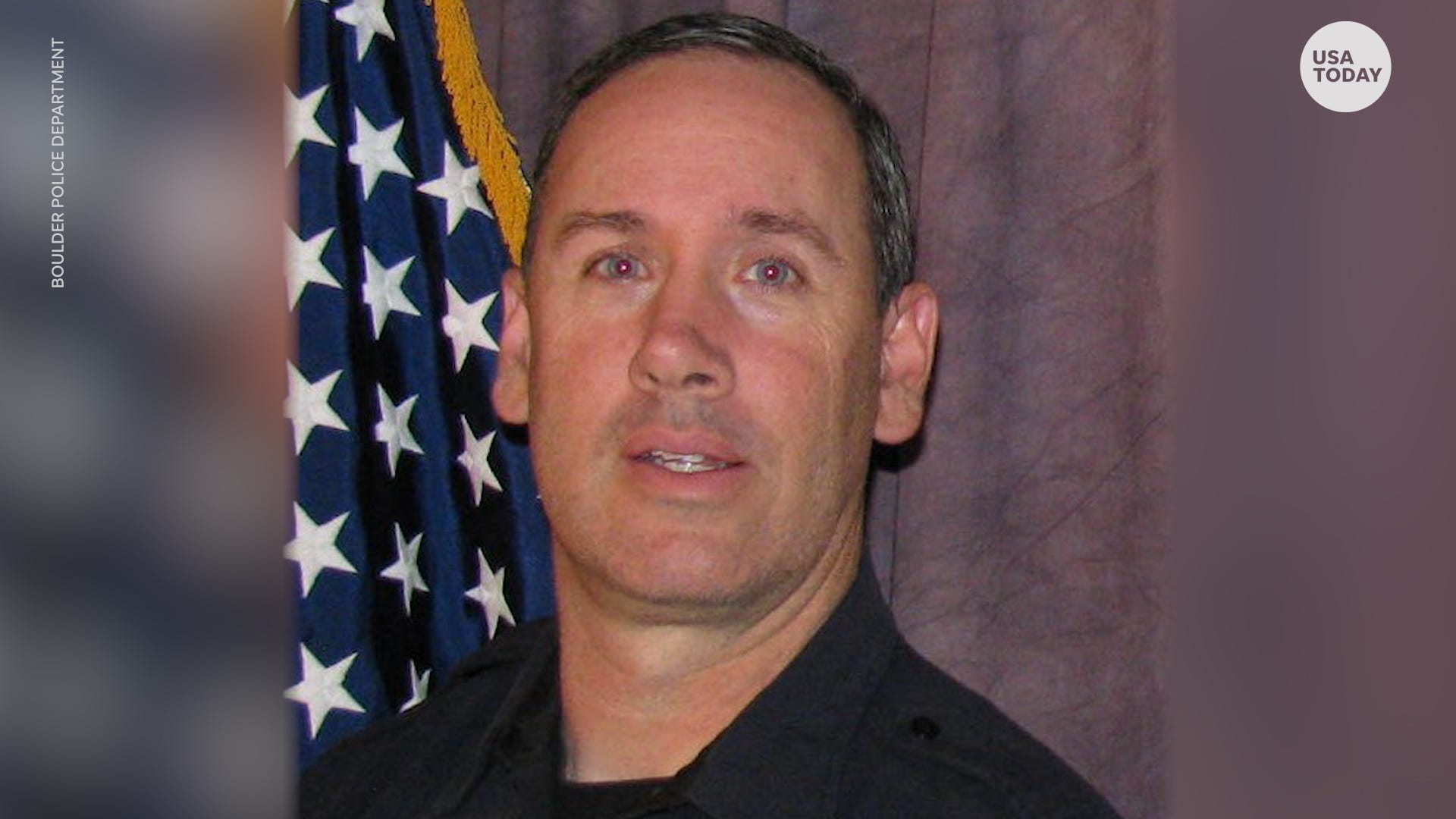 Eric Talley has been identified as the first officer on the scene of a mass shooting at a Colorado supermarket. Nine other victims have also been identified.

James Bentz, who was shopping at the market, told the Denver Post that he and others ran for the door when gunshots sounded.

“I was there at the front of a stampede,” he said.  Video footage showed some windows of the market blown out. KMGH television news in Colorado reported that as police arrived at the store they, too, came under fire.

SWAT teams and armored police vehicles arrived. A bystander live-streamed video showing police outside the market on a megaphone urging the shooter to give up: “The entire building is surrounded,” announced an officer. “You need to surrender. Come out with your hands up, unarmed.”

The attack was the seventh mass killing this year in the U.S., according to a database compiled by The Associated Press, USA TODAY and Northeastern University. The rampage came less than a week after the March 16 shooting that left eight people dead at three Atlanta-area massage businesses. It follows a lull in mass killings during the pandemic in 2020, which had the smallest number of such attacks in more than a decade, according to the database, which tracks mass killings defined as four or more dead, not including the shooter.

Boulder is home to the University of Colorado, and the school’s head men’s basketball coach said that the tragedy had weighed on his mind throughout his team’s second-round NCAA men’s basketball tournament game against Florida State on Monday.

“It puts basketball in its proper place,” Tad Boyle said.

“Win or lose tonight, I just felt an emptiness in my stomach. Another senseless act of violence that we’ve experienced as a country many, many times.”

King Soopers, a Denver-based subsidiary of supermarket giant Kroger, operates more than 150 stores in Colorado and Wyoming. In a statement, Cincinnati-based Kroger said it is “horrified and deeply saddened by the senseless violence that occurred at our King Soopers store.” The company offered prayers and support for all affected. In the wake of mass shootings elsewhere, Kroger asked shoppers in 2019 to leave firearms at home. The change in policy came a day after grocery rival Walmart made a similar shift.

Colorado has a grim, recent history of shooting sprees, all within 70 miles of Boulder. The first was a 1999 massacre at Columbine High School. Thirteen people were killed and 21 wounded by gunfire before the perpetrators – a pair of students – took their own lives.

In 2012, a lone gunman opened fire at a movie theater in Aurora, Colorado, during a showing of “The Dark Knight Rises.” The assailant, who was convicted and sentenced to life in prison, used tear gas and multiple guns as he sealed off doors and terrorized 400 people. Twelve died and 58 others suffered gunshot wounds.

And in May 2019, one student was killed and eight others injured in an ambush attack at STEM School Highlands Ranch, a charter school located in Douglas County. As in Columbine, the assailants were students. One pleaded guilty and the other is awaiting trial in May 2021. 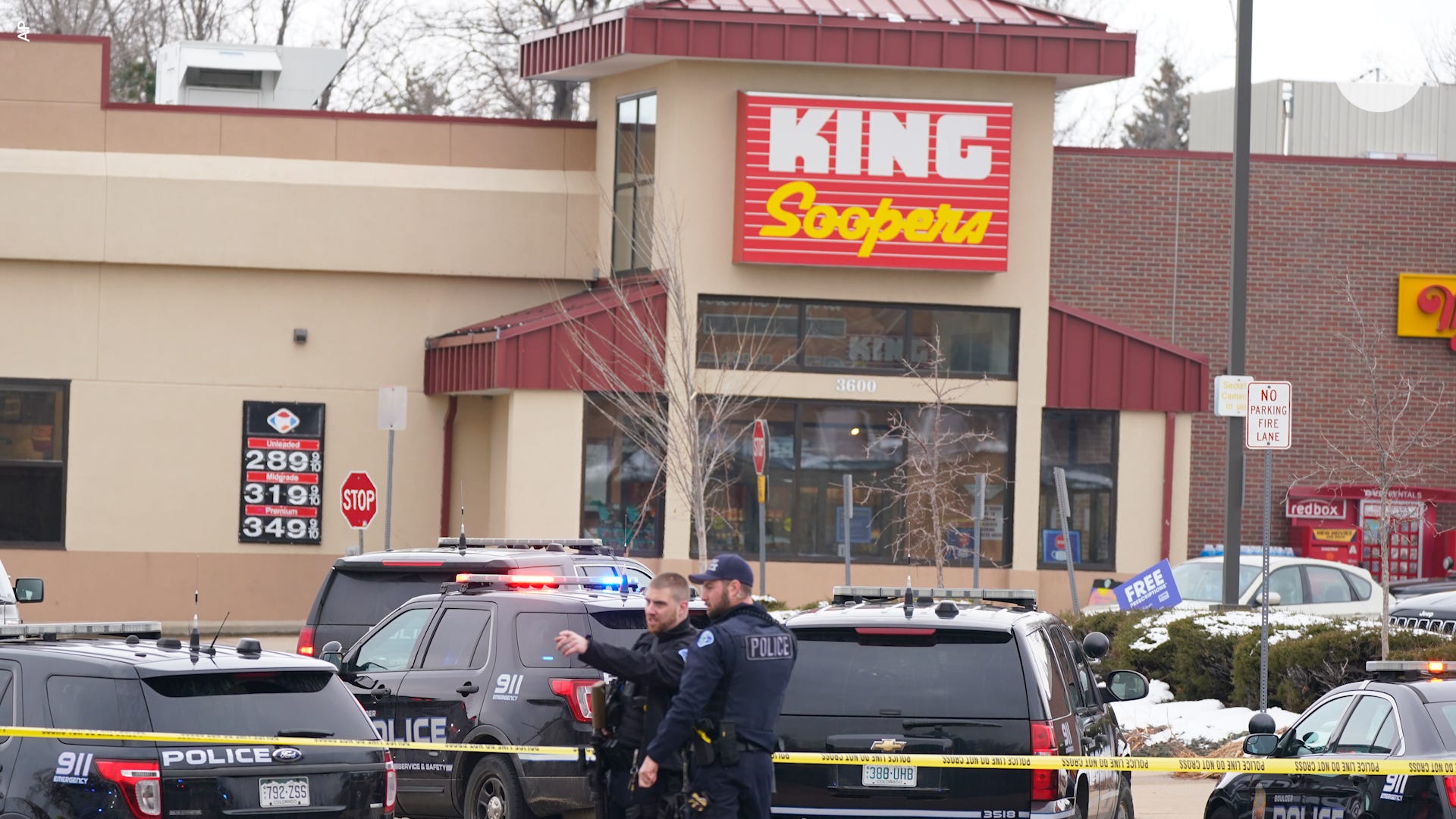 Ten people were killed, including a police officer, in a shooting at King Soopers in Boulder, Colorado. 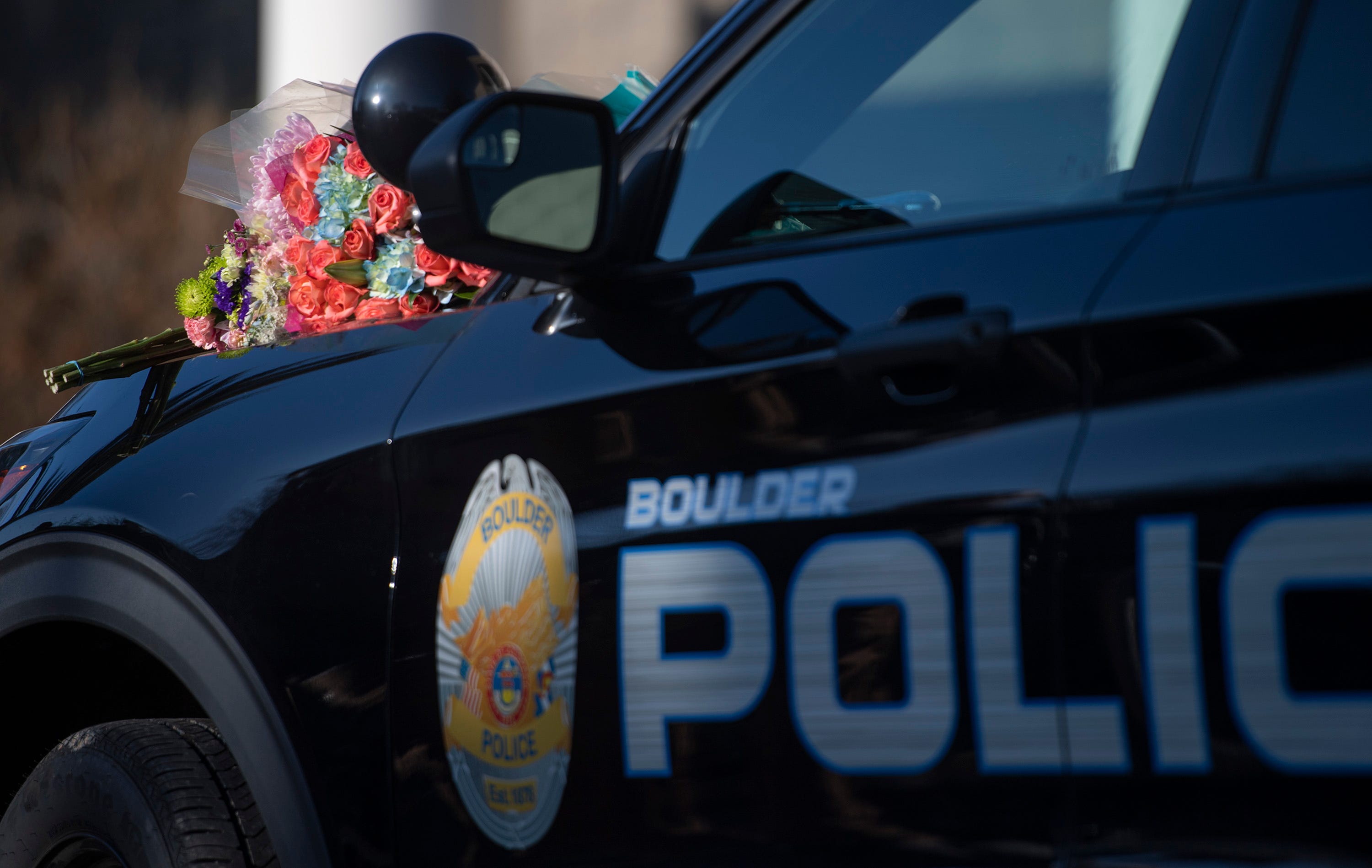