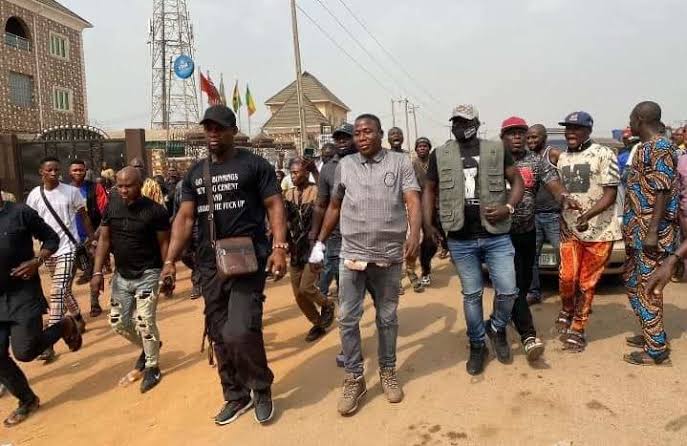 The Arewa Youth Assembly, AYA, has given Mr. Sunday Igboho 72 hours to move his Yoruba people from the north or be forced to take necessary actions by personally taking the responsibility of getting them back home.

The group explained, “We are hereby giving him the ultimatum of 72 hours to move his people out or we will be forced to take necessary actions by personally taking the responsibility of getting his people back home.”

Mohammed Salihu Danlami, Speaker, Arewa Youth Assembly, in a statement, noted that the entity of Nigeria is nonnegotiable and called on all stakeholders in the country to reject anything that would cause confusion in the land.

He said, “One Mr. Sunday Igboho issued a press statement in which he was quoted as saying enough is enough that the time for Yoruba nation is now, they will no longer accommodate and accept the presence of Northerners.”

The group noted, “This is despite the fact that the constitution of the country has made it crystal clear that any Nigerian can live in any part of the country irrespective of his or her religious and tribal placements.”

The Arewa Youth said that it still affirms its position as a law-abiding civil youth organization, that notwithstanding, it would not fold its arm and watch innocent Nigerians being threatened by individuals who clearly have no regard and respect for the law like Mr. Sunday Igboho.

According to the group, “Since it is Igboho who wants his people out of the North to form a Yoruba nation, we will make it easy for him by asking Mr. Igboho to provide a means of transportation to convey his people to the southwest.”

It noted that Mr. Igboho has continuously threatened the lives and property of northerners residing in the southwest for no reason, adding, “we have kept quiet for the sake of peace and for respect of the laws of our country, but as Mr. Igboho rightly said, enough is enough.”

The group called on the northern elders, traditional rulers and all security agencies to support them in accomplishing the task of evacuating the Yorubas out of the 19 northern states and the FCT Abuja by making it a very peaceful exercise devoid of lost of lives and destruction of properties or hijack by hoodlums to prevent the re-occurrence of the End-SARS protest.

Igboho in a now-viral video where he was addressing a press conference had earlier declared that it was time for the actualisation of the much-desired Yoruba Nation.

He said that there is no basis for ‘one Nigeria’ as insecurity spreads to the southwest region, adding that the only solution is for the Yoruba nation to stand on its own.