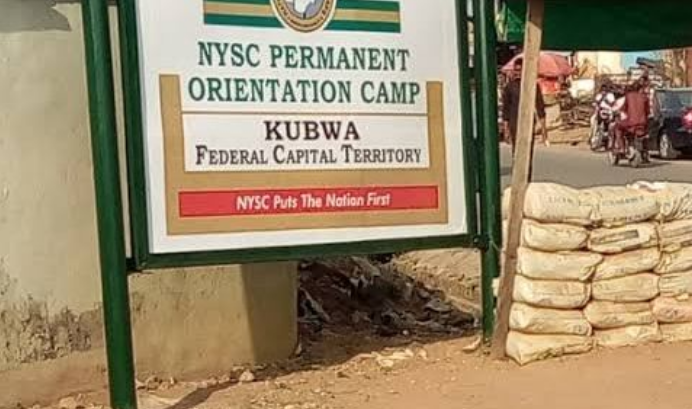 Days after the federal government directed reopening of orientation camps across the country, some miscreants Tuesday morning broke into the National Youth Service Corps (NYSC) camp in Kubwa, FCT and carted away several items.

The mob was said to have arrived at the camp early Tuesday morning before blocking the road.

In videos of the scene shared on social media, some were seen scaling the fence of the camp while residents in the area joined in the looting.

People were seen carting away items such as bags of food and mattresses.

In a related development, in an undated video that appeared online, a mob has hit a church in Ogun state, carting away what appears to be COVID-19 relief materials.

2020-10-27
Previous Post: He was a soccer star. Then he took on the U.K. government and became a hero.
Next Post: COVID-19: Governors Received N1Billion Each From Buhari, N1.1Billion From World Bank – Yahaya Bello Reveals