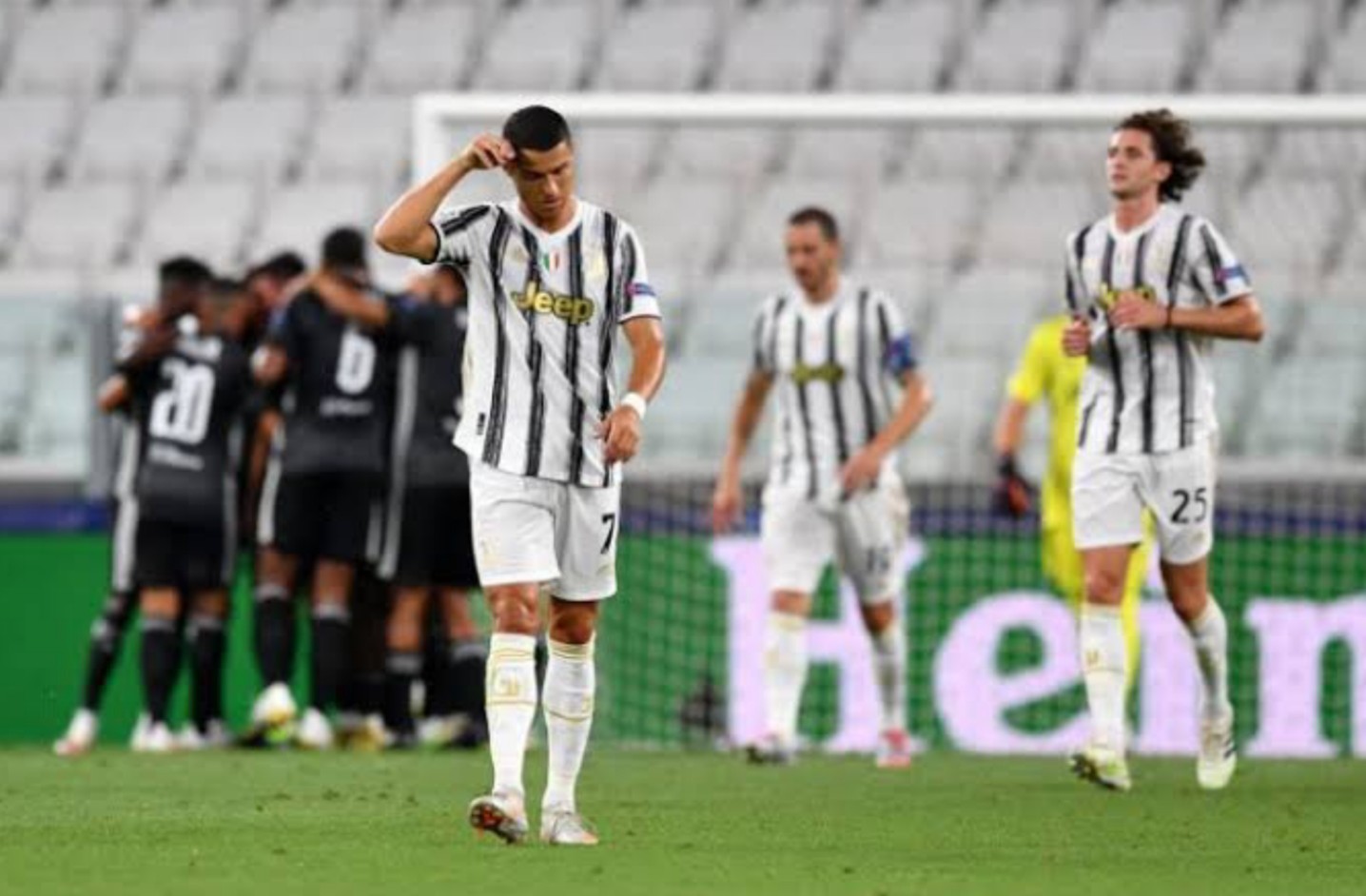 Juventus and Real Madrid were both knocked out of the UEFA Champions League on Friday night.

The Serie A champions were trailing 1-0 from the first leg in France and conceded again in Turin.

Memphis Depay increased Lyon’s advantage from the penalty spot in the first.

Cristiano Ronaldo drew Juve level with his own spot kick and added a spectacular second.

But in the end, Maurizio Sarri’s men did not find one more goal, that would have sent them into the quarter-finals.

Despite the heroics of Ronaldo, Lyon prevailed courtesy of their away goal advantage, causing one of the biggest upset in recent memory. The French outfit had won the first leg 1-0, and scored the decisive away goal in the second leg to set up a quarter final qualification.

Elsewhere, Manchester City beat Real Madrid 2-1 at the Etihad, to qualify on a 4-2 aggregate.

Real Madrid didn’t do themselves any favors on Friday. Trailing 2-1 after dropping the series opener to City at the Bernabeu, Zinedine Zidane’s paid the price for sloppily pinging the ball around inside their own penalty box, with City’s Gabriel Jesus dispossessing Raphael Varane and feeding Raheem Sterling to easily fire home past Madrid keeper Thibaut Courtois less than 10 minutes in.

Madrid could get an away goal back through Karim Benzema in the 28th minute, pulling the visitors bacK within one. But Gabriel Jesus restored Man City’s lead in the match, making it an ultimately insurmountable 4-2 advantage overall.

While it’s a bitterly disappointing result for Real, the triumph is a massive one for City, which is desperate to claim its first Champions League title in club history after winning the Premier League four times in the 2010s.

Pep Guardiola’s men will face Lyon in the last eight.

The single-elimination quarterfinals begin Wednesday in Lisbon, which is serving as a neutral site for the remainder of this COVID-19-cursed 2019-20 tournament. Man City-Lyon is slated for Aug. 14. The final, originally scheduled to take place in Istanbul, will be played Aug. 23.

The post BREAKING: Real Madrid, Juventus crash out of UCL appeared first on Within Nigeria.