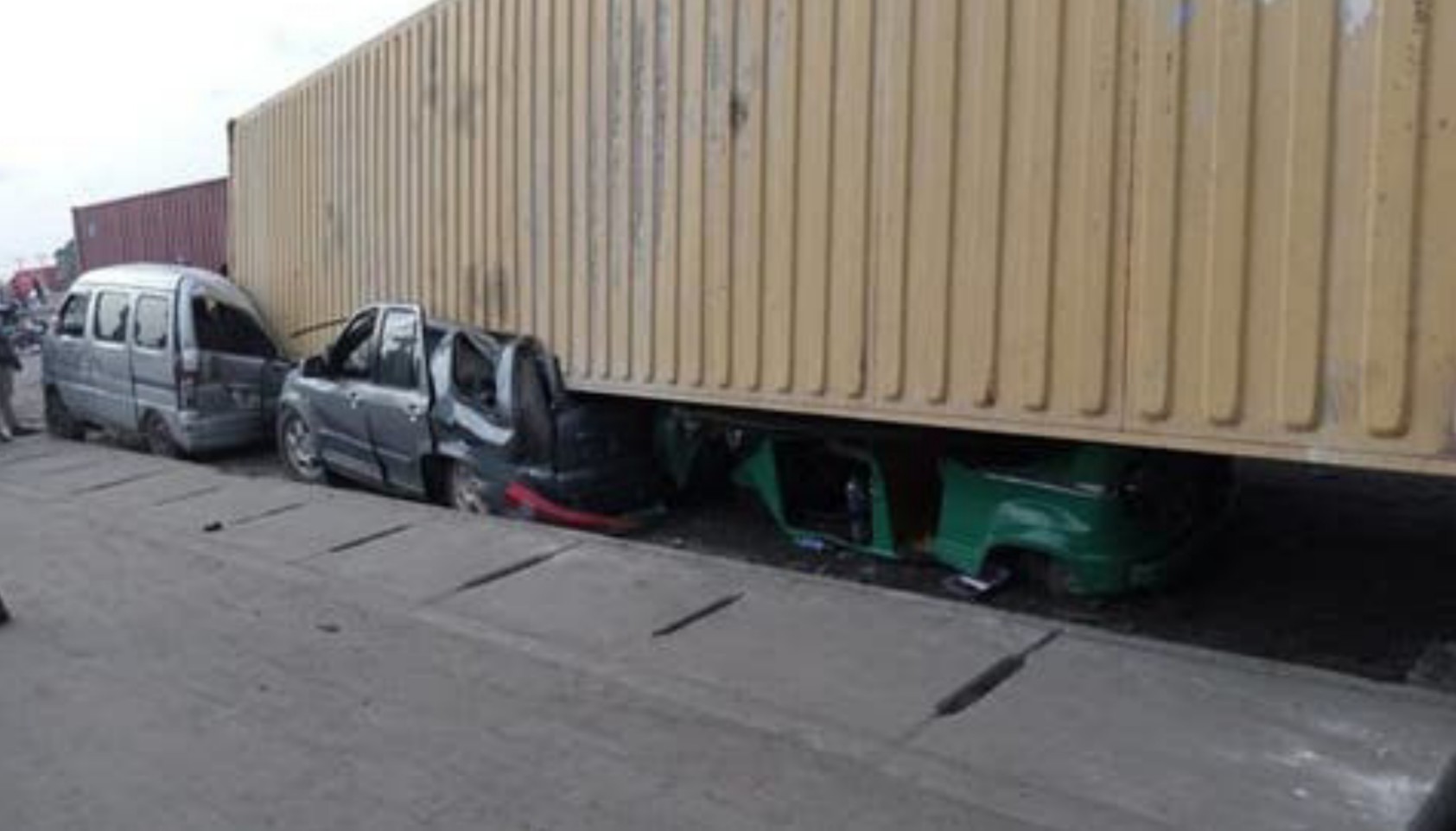 A 40-foot container fell from a trailer in Lagos State on Monday and crushed three vehicles and a tricycle in the process.

The scary incident occurred at Barracks Bus-Stop inward Trade Fair on the Lagos-Badagry Expressway when the driver of the trailer, who was reportedly driving recklessly lost control and the container, destroying the three vehicles and a tricycle. 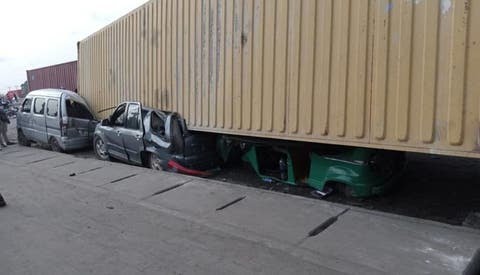 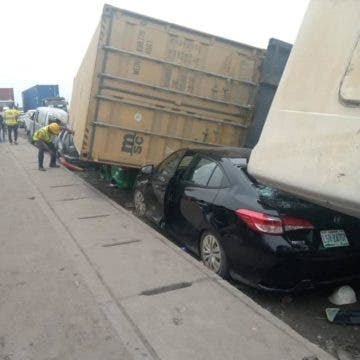 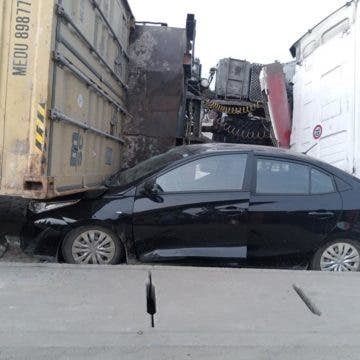 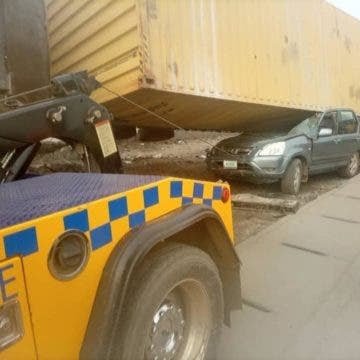 According to the Lagos State Emergency Management Agency (LASEMA), although there was no life lost or injuries sustained, the vehicles and the tricycle were badly destroyed.

According to LASEMA: “The Lagos State Emergency Management Agency-(LASEMA) received distress calls today, Monday 15, 2021 via its toll-free line regarding an accident at Barracks Bus Stop inward Trade Fair on the Lagos-Badagry Expressway.

“Consequent upon the arrival of the Dolphin Squad at Igando at the scene of the incident, it was discovered that a trailer with an unknown registration number conveying a 40-foot container fell on three stationary vehicles and one tricycle.

“Further investigation gathered at the scene of the incident revealed that the accident was caused due to reckless driving of the driver, hence the container lost balance and fell on the vehicles obstructing 80 per cent of the road.

“No loss of life nor injuries recorded at the scene of the incident. The Agency’s Team, the Nigeria Police, the Nigerian Army, Ojo Cantonment 81 Division are responders present at the incident scene.

“Recovery operation ongoing with the aid of the agency’s heavy duty equipment and the tow trucks.”