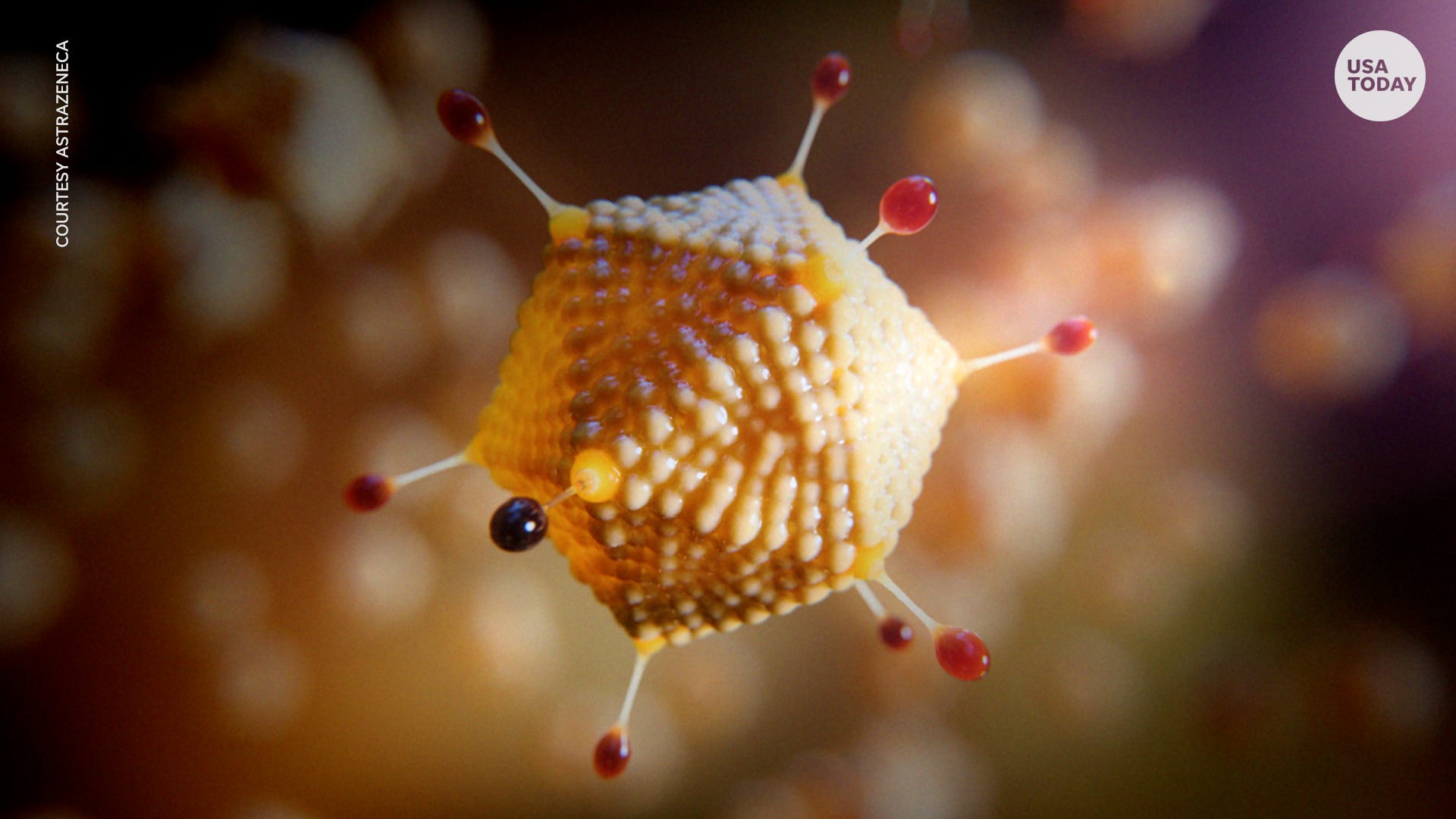 AZD1222 is AstraZeneca’s newest COVID-19 vaccine candidate, but here is how it differs from the previous two.

Like pretty much everything in 2020, Thanksgiving looks a lot different due to COVID-19.

Many are spending their first Thanksgiving alone or without loved ones. Families are turning video calls into the dinner table. Even the Thanksgiving Day Parade balloons are social distancing.

“I know the country has grown weary of the fight,” President-elect Joe Biden said in a Thanksgiving eve address urging unity. “We need to remember we’re at war with the virus, not with one another. Not with each other.”

Biden gave his address a day after the U.S. reported its deadliest day since May, with more than 2,000 new fatalities due to the virus. It could get worse: The Centers for Disease Control and Prevention on Wednesday published a national ensemble forecast that predicts 294,000 to 321,000 coronavirus deaths by Dec. 19.

In Los Angeles County, the nation’s most populous, public health officials said infections are skyrocketing, with approximately one out of every 145 people infected with the virus. That estimate was at 1 in 880 residents two months ago, according to the Los Angeles Times.

🗺️ Mapping coronavirus: Track the U.S. outbreak in your state.

This file will be updated throughout the day. For updates in your inbox, subscribe to The Daily Briefing newsletter.

The NFL’s schedule of Thanksgiving games was reduced by a third because of the coronavirus, which continues to impact the league’s teams.

On Thursday morning the Cleveland Browns said another player tested positive for the virus, so its facility is closed while meetings are held remotely and contact tracing is conducted. The Browns have had four players test positive for COVID-19 since late last week, bringing to five their total of infected players. Only the Baltimore Ravens (nine) and San Francisco 49ers (six) have had more.

The Ravens’ outbreak forced the NFL to postpone their Thursday game against the Pittsburgh Steelers to Sunday.

WHO encourages exercise even in pandemic

“Every type of movement counts,” even in a pandemic. That’s the message from the World Health Orgaization, which has sent out a reminder about the importance of excercise.

In guidelines for people of all ages released Wednesday, the WHO emphasized the need to be physically active and limit the amount of sedentary time, which for some may have increased because of restrictions imposed to limit spread of the coronavirus.

Adults should get 150 to 300 minutes a week of moderate to vigorous aerobic activity, and that includes older adults and those with chronic conditions or disabilities, the WHO said. Children should spend an hour a day in moderate to vigorous activity. Four million to 5 million deaths a year would be averted if people were more active, the WHO said.

For weeks, public health officials repeated warnings not to travel this Thanksgiving as COVID-19 cases, hospitalizations and deaths soar, yet millions of Americans still took the skies and highways to see families and other loved ones, risking infection for a holiday together.

While travel appears to be significantly down from prior years, roughly 900,000 to 1 million people per day passed through U.S. airport checkpoints from Friday through Wednesday. That was a drop-off of around 60% from the same time a year ago, but the more than 1 million people screened at airports Wednesday was the largest since the start of the pandemic.

More Americans drive than fly during the holiday, and while AAA has said it projects car travel to be lower, it has not indicated by how much.

Disney plans to layoff around 32,000 more employees in the first half of 2021 as the coronavirus pandemic continue to beleaguer its theme park businesses.

The company made the revelation in an SEC filing Wednesday, and it said the layoffs would primarily affect employees in its parks, experiences and products division.

Disney has taken a sharp hit at its theme parks due to COVID-19 restrictions and decreased attendance. Its Disney World parks in Florida reopened in July after a three-month closure, though there have been some scaling back in hours. However, Disneyland in California remains shuttered.

The United States is still severely undercounting the number of COVID-19 cases it has across its population, a new Centers for Disease Control and Prevention report says. The CDC calculated that about 53 million Americans had been infected by the end of September, eight times below the confirmed cases at the time.

A previous CDC report had estimated the U.S. was undercounting cases by 10 times the amount. Of the 53 million estimated infections, the CDC says about 45 million were sick at some point and about 2.4 million were hospitalized.

The Macy’s Thanksgiving Day Parade celebration still took place this year, but with a different look and feel due to the COVID-19 pandemic.

The usual 2 1/2-mile route through crowded Manhattan was scrapped in favor of concentrating events to a one-block stretch of 34th Street in front of the retailer’s flagship Manhattan store. Many performances were pre-taped and most of the parade’s performers were locally based to cut down on travel.

While the festivities have historically drawn massive crowds to the streets of Manhattan — there were about 3.5 million people in attendance along the parade route in 2019 — this year spectators were not allowed and the production was a made-for-TV event.

“Traditions like this are comforting and they’re uplifting,” said Susan Tercero, executive producer of the parade. “Regardless of what’s happened, New York needs to be that beacon of light in the darkness, and this parade, I think, is symbolic of that.”

The court’s new, more conservative majority ruled 5-4 that Gov. Andrew Cuomo’s limits on churches, synagogues and other houses of worship to 10 or 25 worshipers in hard-hit regions appeared to violate the First Amendment’s Free Exercise Clause.

“Even in a pandemic, the Constitution cannot be put away and forgotten,” the court’s unsigned majority opinion said.

It was a reversal from earlier actions taken by the high court in response to state restrictions on organized religion during the coronavirus pandemic. But since then, Associate Justice Ruth Bader Ginsburg died and was succeeded by Associate Justice Amy Coney Barrett, giving conservatives a 6-3 majority.

Dr. Kenneth Remy knows the toll the coronavirus pandemic has taken on the U.S. and he’s confident things will get better in 2021 with an effectively distributed vaccine. First, the country needs to get through the winter — and that means adhering to coronavirus-related precautions like wearing a mask, he said.

That’s why Remy, a researcher at Washington University in St. Louis and a physician at Barnes-Jewish Hospital and St. Louis Children’s Hospital, made a video to stress the point. The video is meant to be a first-person view of what it’s like to be intubated while breathing too fast – “30, 40, 50 times a minute,” Remy said.

He added: “For some patients, that’s all they see at the end of their life. They see that, they get some medicines and they never awaken again.”

A national reading and math test that has long been used to track U.S. student achievement is the latest postponement amid the coronavirus pandemic, officials announced Wednesday.

Concerns over the accessibility of the National Assessment of Educational Progress have postponed the test to 2022, the National Center for Education Statistics said.

The National Assessment of Educational Progress, typically occurring every two years, had been slated early next year for hundreds of thousands of the country’s fourth and eighth graders. The national assessments are given to a representative sample of students from all socioeconomic backgrounds across the 50 states. It is overseen by the government.

According to the club press release, no additional players or staff tested positive on Wednesday. The Crew is still scheduled to train on Friday and Saturday, and has not identified the individuals who have tested positive.

Mink infected with COVID rise from their graves in Denmark

Mink infected with a mutated strain of COVID-19 in Denmark appear to be rising from the dead, igniting a national frenzy and calls from local officials to cremate mink carcasses.

While the sight itself is certainly terrifying for the residents of West Jutland, a region of the country grappling with confirmed COVID-19 cases connected to mink, there is likely a scientific explanation for the zombie-like reemergence from their graves. A Danish police spokesman, Thomas Kristensen, told a state broadcaster that gases form while the body decays underground, according to the Guardian.

“In this way, in the worst cases, the mink get pushed out of the ground,” Kristensen said of the nightmarish sight.

The nation has planned to cull all 15 million mink in the country, which produce 40% of the world’s mink fur. Because of the rushed burial, the animals were placed in shallow graves – just over three feet deep. Now, officials plan to bury the creatures in graves nearly double the depth.

Denver Mayor Michael Hancock has apologized for flying to visit family members in Mississippi even as he tweeted out advice to the city’s residents asking them to avoid traveling.

Hancock said his family canceled plans for a large gathering and instead he boarded the plane to visit his wife and daughter, who have been staying in Mississippi. Hancock said he believed traveling alone presented a lower risk than having both of them return home for the holiday.

“I recognize that my decision has disappointed many who believe it would have been better to spend Thanksgiving alone,” Hancock tweeted on Wednesday. “I made my decision as a husband and father, and for those who are angry and disappointed, I humbly ask you to forgive decisions that are borne of my heart and not my head.”

The contradiction between Hancock’s recommendation and his actions was reminiscent of another elected leader, California Gov. Gavin Newsom, who had to apologize after reports surfaced of his attendance at a friend’s birthday party in a restaurant, violating the public health guidelines he has been constantly promoting.

…I apologize to the residents of Denver who see my decision as conflicting with the guidance to stay at home for all but essential travel. (4/5) 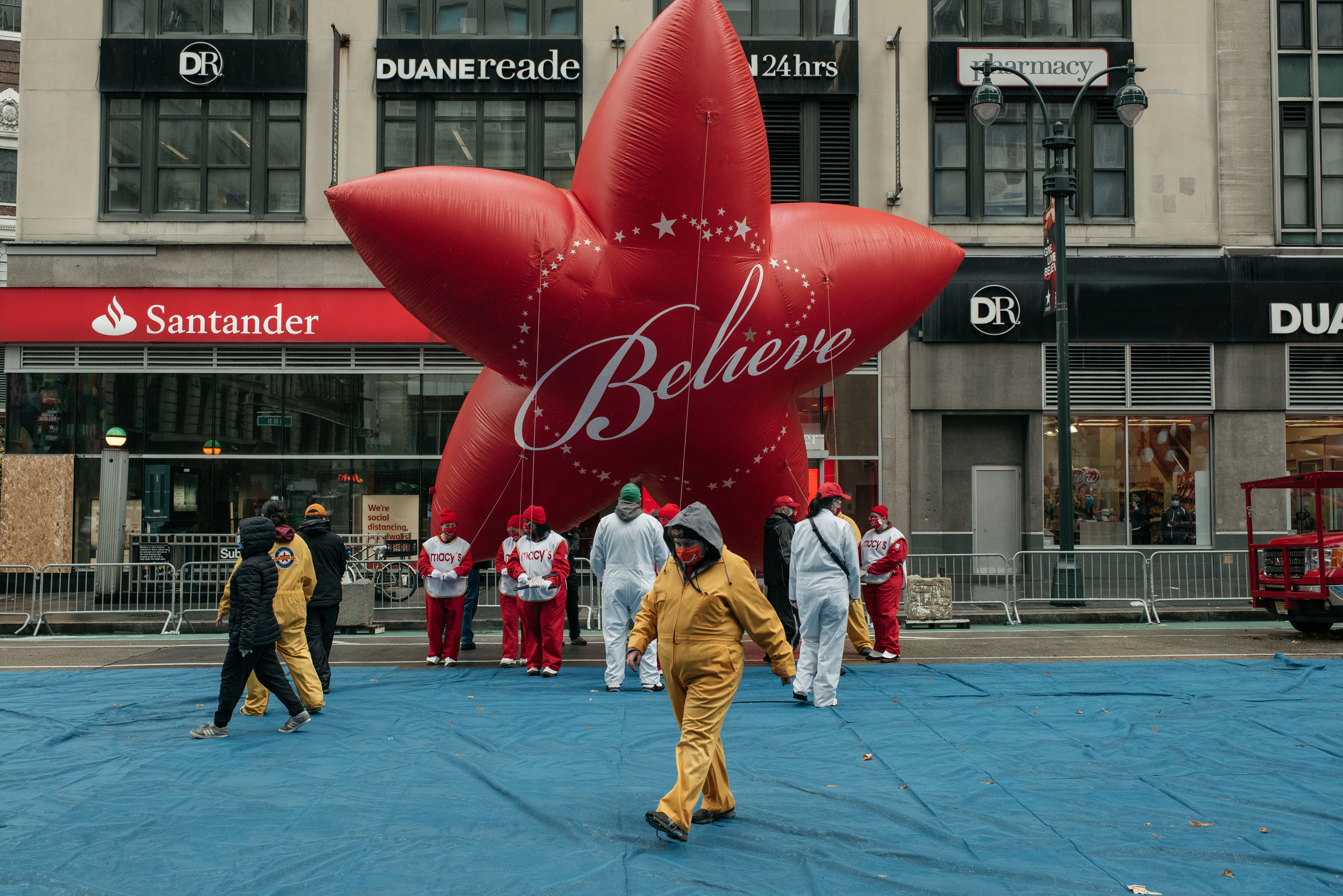