Covid 19: Should there be another lockdown? Nigerians react | Legit TV 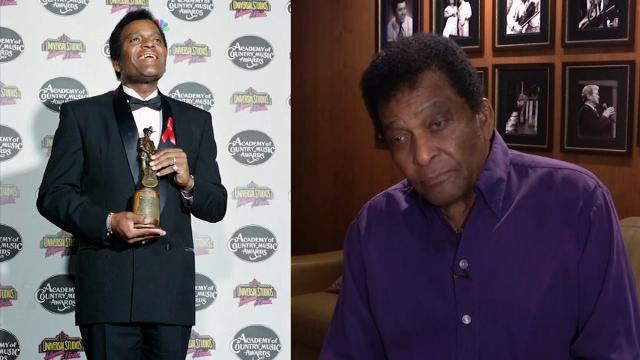 Country music pioneer Charley Pride is back with his first album in six years called ‘Music in My Heart.’ The Country Music Hall of Famer reflected on how promoters were initially reluctant to book him and how Merle Haggard let him use his band for one of his earliest performances. (July 17)

The “Kiss An Angel Good “Mornin” star died in Dallas, Texas, due to complications from COVID-19, according to a news release from his publicist, Jeremy Westby.

With a career spanning more than five decades, Pride cemented a trailblazing legacy unlike any entertainer before him. Launching his career in the 1960s, in the height of civil rights movement, Pride became the first Black man to outright conquer country music fame.

He overcame audiences unwilling to hear a Black man cover Hank Williams and promoters equally skeptical at hosting his performances to once be the best-selling artist for RCA Records since Elvis Presley.

Pride’s seemingly endless accolades include Country Music Association Entertainer of the Year in 1971, Male Vocalist of the Year wins in 1973 and ’74 and a 1993 invitation to join the Grand Ole Opry.

A three-time Grammy Award winner, the Recording Academy honored Pride with a Lifetime Achievement award in 2017.

“To be doing that at a time when nobody really wanted him here, it’s crazy to look back now … that must’ve been so hard,” Darius Rucker told The Tennessean last month. “I can deal with whatever comes my way because it can’t be near what Charley went through.”

His remarkable career was applauded by a live audience at last month’s CMA Awards, where he received the Willie Nelson Lifetime Achievement Award. He was introduced by one of the genre’s modern Black stars, Jimmie Allen.

“I might never have had a career in country music if it wasn’t for a truly groundbreaking artist, who took his best shot, and made the best kind of history in our genre,” Allen told him.

Unlike nearly every other awards show held this year, the CMAs were produced with a live, socially distanced audience at Nashville’s Music City Center.

Charley Frank Pride was born to father Mack Pride and mother Tessie B. Stewart Pride on March 18, 1934 in Sledge, Mississippi. One of 11 children, he worked as a kid picking cotton for his father, a local sharecropper, saving $10 to buy his first guitar, with an assist from his mother, out of a Sears Roebuck catalog.

“I lived only 54 miles from Memphis,” Pride said. “They’d come down, put a flat bed truck up.”

Darius Rucker on racism in country music: ‘Not going to compromise’ for ‘someone’s hatred’

Pride later told Hill: “I wanted to get up there so bad. He said, ‘You shoulda said something. We would’ve probably got ya up there.’ That wasn’t the thing to do back in those days. Segregation, you know.”

But music only played a B-side in Pride’s burgeoning passions. His first big hit came on the baseball diamond.

In the 1950s, not a decade after Jackie Robinson smashed segregation barriers for Black athletes in the major leagues, Pride would peruse his own major league career. He bounced between Negro leagues and major league farm systems, pitching for teams in Wisconsin, Kentucky, Alabama, Idaho, Texas and, perhaps most notably, the Memphis Red Sox.

He’d earn a stop in 1956 on the Negro American League all-star team, only to be drafted later that year into U.S. military service. He served until 1958.

“I was gonna go to the major leagues and break all the records there and set new ones,” Pride said, adding a laugh. “By the time I was 35 or 36, then I was gonna go sing. That’s what my plan was.”

In the early 1960s, Pride’s major league opportunities dwindled — but his voice grew.

He lived in Montana at the time, where he played semi-pro baseball, worked at a smelting factory and occasionally sang tunes in honky-tonk bars. At a Montana gig in 1962, touring country singers Red Sovine and Red Foley invited Pride to sing two songs on stage — “Lovesick Blues” and “Heartaches By The Number.”

Sovine encouraged Pride to visit Cedarwood Publishing in Nashville and, in 1963, he obliged. Pride first took to Music City on his way home from a New York Mets tryout in Clearwater, Florida.

At Cedarwood, Pride connected with his would-be manager Jack D. Johnson and, two years later, landed a deal at RCA with the help of Chet Atkins and producer “Cowboy” Jack Clement.

In the mid-1960s — as civil rights activists marched for equality in the South — the label hesitated at promoting an African-American in country music.

Despite being arguably formed by intertwining Black and white Southern cultures in the early 20th century, the once-called “hillbilly” format (“hillbilly music” was released in the 1920s as a segregated marketing tactic for white record buyers; Black consumers were marketed toward “race records”) was dominated for decades by white artists and gatekeepers.

The label pushed Pride’s early singles, such as “The Snakes Crawl at Night” and “Before I Met You,” without distributing his picture.

RCA could keep Pride’s face off a record, but promoters couldn’t keep him from audiences who paid tickets to hear his voice.

Pride recalled being introduced to rousing applause early in his career, only to be greeted to silence as he took the stage. He makes a sound similar to a deflating balloon when recalling those first gigs.

“They were quiet as a pin,” Pride said. “They thought maybe it was a joke.”

During a 1966 show at Olympia Stadium in Detroit, Pride faced the biggest gig of his career to that point. He’d been walking out to a few hundred deflated balloons each night. This night, he’d be walking out to thousands.

“Here’s what Jack and I came up,” Pride said, “‘Ladies and gentlemen I realize it’s a little unique with me comin’ out on stage wearin’ this permanent tan. I got three singles — I only have ten minutes — I get through with those I’ll maybe do a Hank Williams song, but I ain’t got time to talk about pigmentation.'”

Legacy in the song

By 1967, Pride sang his way into the top 10 of the country charts with “Just Between You and Me.” And he didn’t stop there.

From the downhome honesty on “All I Have to Offer You (Is Me)” to wanderlust heartbreak on ‘Is Anybody Goin’ to San Antone,” his rich baritone and welcomed, heartfelt storytelling propelled him to the top of country charts throughout the 1970s and ’80s.

He charted 29 No. 1 songs, reaching a pinnacle of commercial country music success achieved by few artists before him. He’d become the best-selling RCA artist since Elvis Presley.

“Just as a country music singer, Charley Pride is one of the all-time greats,” Rucker said. “He’s a superstar, everybody knows he’s an icon.”

And no song may be associated with Pride’s legacy more than hit “Kiss An Angel Good Morning,” which spent five weeks at No. 1 on the country charts and crossed into pop success.

“I had no idea it would do what it did,” Pride said. “I just couldn’t wait to get into the studio to get that baby done. It’s been my biggest, so far.”

He credits his success to the singing that took him from baseball fields to the Grand Ole Opry stage.

“Chet Atkins, he told Jack Clement he’d never heard a voice … just cut through, when I started singing like that,” Pride said. “I guess it’s the richness of the voice.”

After earning Entertainer of the Year in 1971, Pride won the CMA Awards’ Male Vocalist of the Year in 1973 and 1974 — the first artist to earn back-to-back victories in the competitive category. He joined the Grand Ole Opry in 1993 and, in 2000, entered the Country Music Hall of Fame.

At his peak, some referred to Pride as the Jackie Robinson of country music, but the path for Black country singers after Pride wouldn’t be followed as quickly as those in major leagues. It took country gatekeepers until 2008 to welcome another Black artist, Rucker, to top the radio charts; pleas for diversity on the charts and in positions of power in country music continue today.