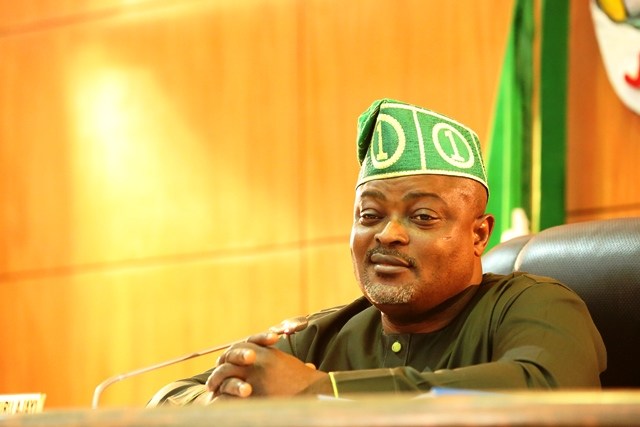 A federal high court sitting in Lagos has granted the request of the Economic and Financial Crimes Commission (EFCC) temporary forfeiture funds linked to the speaker of the Lagos state house of assembly, Mudashiru Ajayi Obasa.

WITHIN NIGERIA learnt that the request was contained in a motion filed by the EFCC dated August 12, 2020 and marked FHC/L/CS/1069/2020 where the anti-graft agency asked the court to issue an order directing that the funds in three bank accounts be forfeited in the interim.

The anti-graft commission disclosed that the three bank accounts are “being investigated for the offences of conspiracy, diversion of funds, abuse of office and money laundering”.

All three accounts which carried the name of the defendant are domiciled in Standard Chartered Bank.

After hearing the application filed by S.I Sulieman, counsel to the EFCC, the court ruled in favour of the commission on September 15, 2020.

Recall that on Thursday, Wilson Uwujaren, EFCC spokesperson, confirmed that Obasa was at the agency’s office for questioning.

“He responded to an invite from the commission this morning,” Uwujaren said.

The Lagos speaker was accused of embezzling public funds and abusing his office.

SaharaReporters had reported an investigation on the speaker who allegedly owns more than 60 bank accounts.

He was accused of using his office to misappropriate funds and allocate contracts to himself through third party sources, as well as acquaintances.

The state house of assembly had cleared the speaker of the allegations, saying they are untrue.

2020-10-08
Previous Post: Why are we having such an active hurricane season?
Next Post: U.S. to impose new sanctions on Iranian banks