Court rules on El-Zakzaky’s no case submission May 25 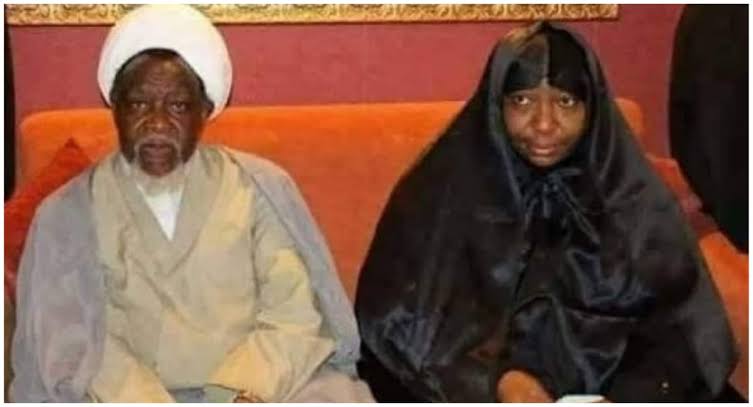 A Court in Kaduna has adjourned the case of Sheikh Ibraheem El-Zakzaky to May 25 for ruling on No case submission, even as the leader of the Islamic Movement in Nigeria (IMN) and his wife, Zeenat insisted that there is no case against them.

The prosecution at the resumed hearing on Wednesday, closed its case by calling its last witness to testify.This brought the total number of witnesses presented in the court to 15.

Lead Counsel to El-Zakzaky, Femi Falana (SAN), who was represented in court by Marshal Abubakar ,told journalists after the court session that, “eventually, they called the last witness today, there are fifteen(15) witnesses. So the last was called today to testify to the happenings and events of the said 12 and 14 December 2015.”

“The State eventually closes it case today…have asked for a day to enter our defence. We would be consulting with our client.”

“There has been no case submission so far, what we filed earlier on was a motion to quash and trash before the commencement of the trial. But at this stage, the state has indeed called their witnesses and it is our view that there is no case so far established against the defendants. ”

“Filing an application to ask the court to declare that the defendants do not really have to call witness in the ongoing trial but to have them enter into ‘no case submission’ because so far based on the evidence advanced this far all the 15 witnesses in our estimation had not made submission or given evidence that incriminate the defendants. So, it is an upcase that we would be entering ‘no case submission”.

Similarly, Mr Dari Bayero,the Director of Public Prosecution ,said in an interview that, “the State called 15 witnesses to prove their case against the accused persons and expressed confidence that justice would prevail at the end.

“The State finally rested its case by calling the last witness; it intended to call to this trial. The State closed its case and the defence had intended to recall making a no case submission and defencing at the same time. The court adjoined to 25th May for that purpose,” he said.

He said as far as the state is concern, it has tendered all the exhibits, and all the key actors, key players of the case have been called and have given their submissions.

“I am very satisfied. We have called 15 witnesses for the prosecution; top are Army Generals who were key actors in the whole saga that led to the filing of the charges against El-Zakzaky.”

“Our prayers is that the court should over-rule the ‘No case submission’ of the defence and take pass the necessary sentence as provided forth in the law,” he said.

Justice Gideon Kurada who was the presiding judge , adjourned the case to May 25 for ruling on ‘ No case submission.’ Zakzaky and his wife have been standing trial for a criminal case since December 2015 following a clash in Zaria between his followers and the military.

The post Court rules on El-Zakzaky’s no case submission May 25 appeared first on NEWS.