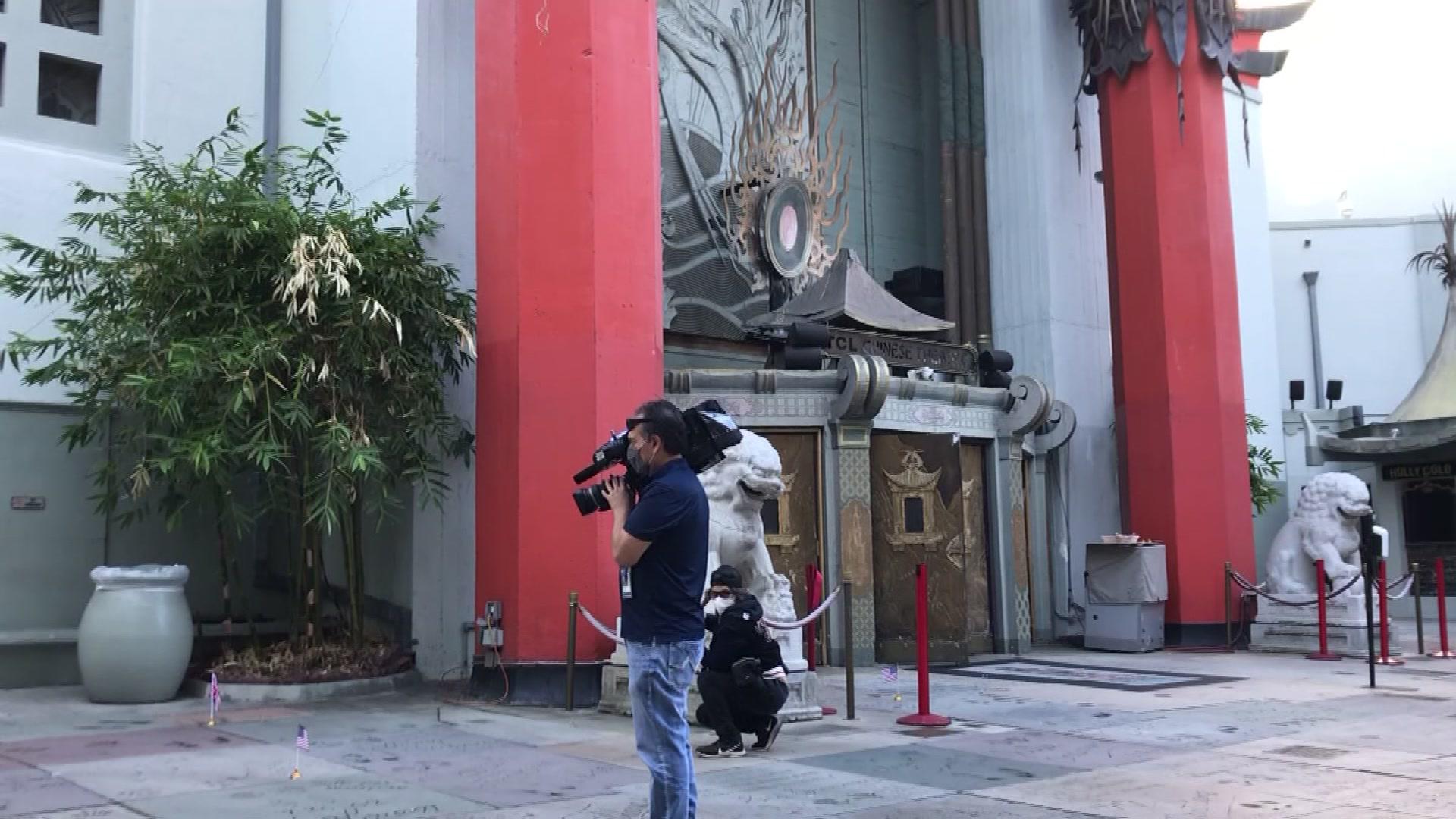 Can movie theaters move past the pandemic?

A smattering of moviegoers filtered into the Cinema Arts theater this week, a cozy art house wedged between a Korean barbecue restaurant and a school uniforms shop in a nondescript, 1970s-era strip mall in Fairfax, Virginia.

Normally, the place is pulsing with activity during the two-week holiday period, with long lines at the box office and to enter the six theaters, and sales generating a sizeable share of annual revenue.

“It’s terrible,” theater owner Mark O’Meara, who founded Cinema Arts 21 years ago, says of the current paltry crowds. Sales, he says, have been down about 80% during the pandemic compared with the same period in 2019.

The COVID-19 crisis has devastated movie theater owners of all sizes, but small independent owners are feeling it more profoundly. Nationwide, a handful already have gone dark permanently and 70% of small- to midsize movie theaters are at risk of shutting down without federal aid, according to the National Association of Theater Owners (NATO).

Many are scrambling to survive with private screenings and popcorn specials, among other strategies. Their loss would be a big blow to America’s cultural life. They represent a major source of independently-produced, more serious art films. And in an age dominated by sleek multiplexes, their grand old, marquee-adorned theaters often provide the only entertainment in America’s small and rural towns.

Fortunately, salvation appears on the horizon. A little-noticed provision of the $900 billion COVID relief bill passed by Congress this week would provide $15 billion to struggling small movie theaters, live entertainment and performing arts venues, and museums. A last-minute lobbying campaign by NATO added movie theaters and $5 billion to theoretically cover their financial needs.

“It means they get a lifeline to get them into the spring,” when a coronavirus vaccine is projected to be widely available, says NATO Vice President Patrick Corcoran. “They get a chance for business to get back to normal.”

Under the legislation – which is being delayed by President Trump’s push for bigger stimulus checks for households — movie theaters can receive up to 45% of their lost revenue since April, capped at $10 million per entity. Priority goes to those with the sharpest revenue losses. The legislation excludes publicly traded companies, among other criteria to ensure the money goes to smaller operators. Yet theater owners must compete for the $15 billion with the live venues, and while the vast majority should be served, several could be left out, Corcoran says.

That could be fatal for some. Movie box office receipts have tumbled about 80% this year, says Paul Dergarabedian, senior media analyst at Comscore. While most states let restaurants reopen their dining rooms last spring, cinemas in many states weren’t allowed to return until August or later. About 55% of the 40,000 screens across the country are still dark, NATO estimates. Dergarabedian says about two-thirds of theaters are temporarily closed.

While that’s partly due to state mandates, many patrons are avoiding large indoor gathering spots out of health concerns, even with strict capacity limits. There’s also far less to watch. Hollywood studios have pushed back releases of blockbusters such as “Time to Die,” the new James Bond movie, and Steven Spielberg’s “West Side Story” from November or December into 2021. Others, such as Warner Bros.’ Wonder Woman 1984″ and Disney/Pixar’s “Soul” have been simultaneously released in theaters and on streaming services.

The four big theater chains – AMC, Regal, Cinemark and Marcus — are suffering as well and their overhead costs are far greater. Regal Cinemas opted to close all 552 of its U.S. theaters in October.  But unlike the independent owners, the public companies can raise capital in bond markets to tide them through, Corcoran says.

Independents – broadly categorized as all those other than the top four — face other financial pressures as well. The largest companies typically pay movie studios or distributors 52% to 55% of ticket sales, Corcoran says. That fee is somewhat larger for independent firms, which have less leverage. And with fewer screens, their sales, particularly for art movies, are highly dependent on the crop of films available at any moment.

While the top four companies own about 55% of the nation’s screens, 1,214 firms have just one location, compared to 115 with five or more, according to NATO.

Besides providing a showcase for art films, he says, independent owners can better tailor movies to local audiences, Dergarabedian says. And as the sole source of entertainment in many small downtowns, they generate significant additional revenue for the community.

“They serve as a cultural water cooler” and community gathering place, says Todd Halstead, executive director of the Independent Cinema Alliance. In turn, he adds, “They drive foot traffic to other businesses.” Movie patrons “go to restaurants, they go shopping.”

The health crisis, however, has amplified earlier trends, particularly streaming.

O’Meara, who owns another theater in Fairfax that plays second-run movies, called University Mall, says sales are down 73% there and 82% at Cinema Arts compared with a year ago.

“I’m losing money every week,” says O’Meara, who temporarily closed the theaters in March and reopened them in late August. He’s drawing from cash reserves to survive, deferring his building lease payments and taking a salary every third month. He and his wife, he adds, are dining out less.

O’Meara has come up with ways to squeeze out a little more revenue. They include $100 private screenings for 12 or fewer people, curbside pickup of $3 popcorn and virtual cinema, which streams movies from Cinema Arts’ website and splits the proceeds with the studio. He’s showing “Wonder Woman” at University Mall starting Christmas Day, the first time he has run a new release at the theater, which charges discounted ticket prices of $5, and $4 for kids under 14 and seniors

Without those measures, he says, sales would be off 90%. Although he says he would lose more money if he closed, he adds, “I have to weigh it every day – whether to be open.”

He chooses to do so, he says, in part, because he’s employing 25 mostly young workers, down from 42 pre-Covid.

“I don’t want to have people not working,” he says. He also doesn’t want to disappoint “all the people who say how much they love us.”

Jack McHale, 69, of Burke, Virginia, takes in a movie at Cinema Arts about twice a month.

It “creates a community of filmgoers,” he says. “I like going with knowledgeable people who get all the right cues.”

Best cities for longevity: Long life: Cities across the US where people live the longest include San Francisco and Boulder

He also enjoys kibitzing with people he knows as he waits in line and the intimacy fostered by O’Meara’s film introductions on Saturday nights, which include asking the audience what movies they’d like to see. He can do without the larger screens provided by a chain’s art movie complex down the road because he’s not watching the films for the “spectacle.”

Bill Campbell has a different business model. His sixplex in Sheridan, Wyoming, a twin-screen theater in Livingston, Montana, and single-screen venue in Miles City, Montana show first-run, mainstream movies in traditional-style theaters in rural towns that otherwise wouldn’t have access to the releases.

But revenue is down 90% in the health crisis. Each week, Campbell is losing $1,000 at the Livingston theater and $5,000 at the Sheridan theater, prompting him to keep the Miles City venue shuttered.  He could cut his losses by temporarily closing the other two, “But once we reopened, I don’t like” the idea of closing again, says Campbell, who is also chairman of the Independent Cinema Alliance.

When he heard about the federal relief money, “I felt much better,” he says. But he worries the new studio trend of streaming some new releases the same time they’re released in theaters could continue even after the health outbreak.

“It’s going to hurt the industry,” he says.

Lynn Kinsella, who owns the 646-seat Aurora Theater in East Aurora, New York, already has been contending with an 18-screen Regal multiplex just 10 miles away that boasts recliners and stadium seating. And studios insist that she run movies for at least three weeks, a challenge for a single-screen theater in a small town. Kinsella also steers clear of blockbuster science-fiction hits like “Tenet,” noting the area’s conservative audience prefers family-oriented comedies and dramas.

The pandemic shut down her 95-year-old theater until late October. Then, because the Aurora region entered the “orange” COVID designation, she had to stop serving popcorn because it was deemed “indoor dining.”

“It kills,” she says. She notes that movie revenue has dwindled to nothing – she has been showing Christmas movies for free — but she’s eking out a small profit because of an adjacent gourmet popcorn shop and room rentals for corporate events. VIllage stores have been seeking donations for the theater, raising about $2,000. Fortunately, she’ll start showing “Wonder Woman” Saturday but she’s unsure how it will perform.

One patron Wendy Alpin, 54, sees every movie at the Aurora. She grew up in town and the theater brings back childhood memories. She doesn’t care a whit about stadium seating or recliners.

“I don’t go to movies to stretch out and lay around,” he says. “I’d rather sit” and watch the film. She also enjoys seeing neighbors she knows.

Kinsella says the federal aid “would be a big help to us. “It would allow us to rebuild.”

Meanwhile, “It’s hard to be motivated,” she says. “It’s very scary what the virus has done to small businesses… Is there going to be something” else after the health crisis?

In the near term, she says, “I may have to go into hibernation” and temporarily close the Aurora again.