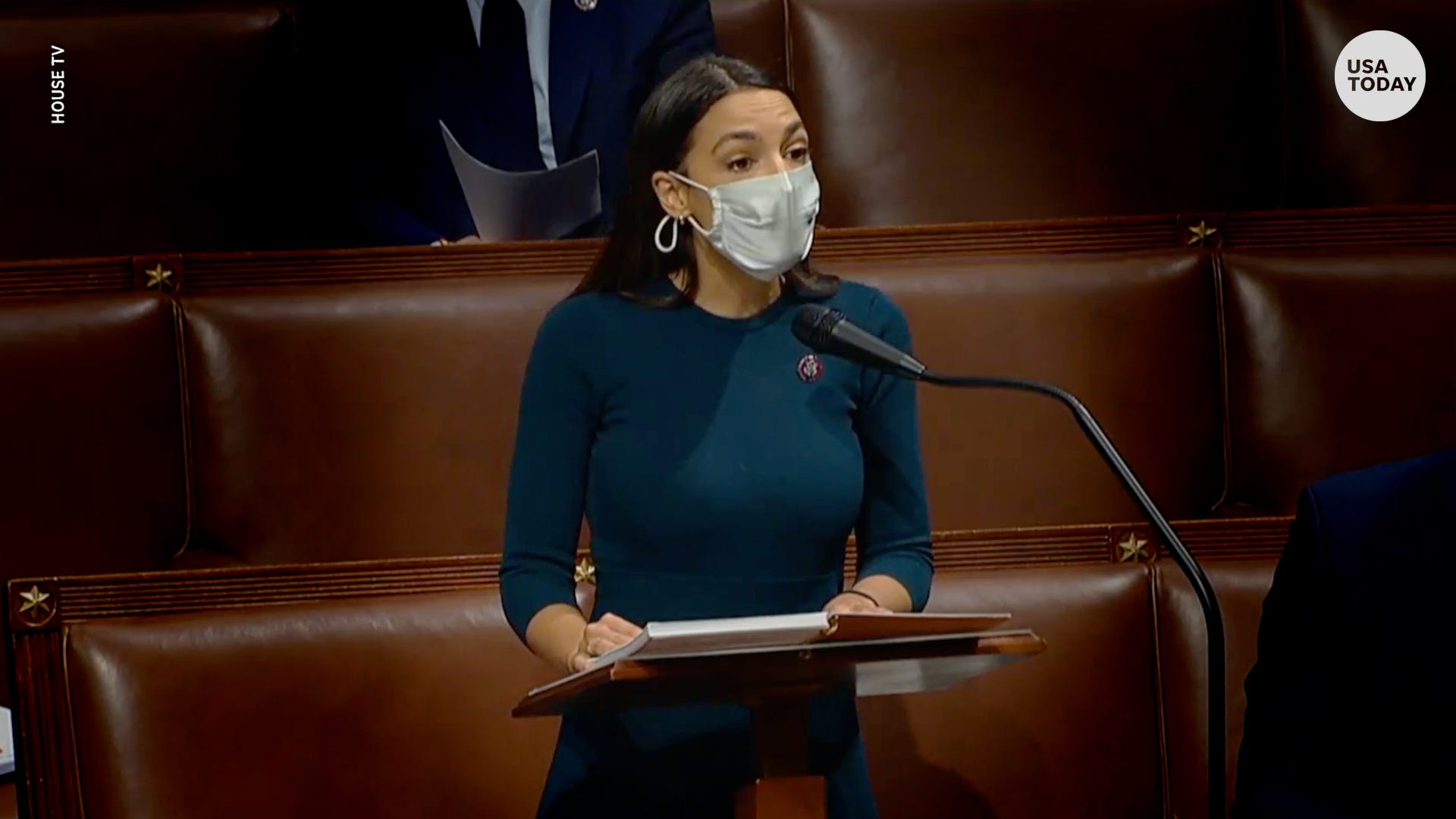 Members of Congress became emotional as they shared their stories of the day that rioters stormed the U.S. Capitol.

WASHINGTON — After Rep. Alexandria Ocasio-Cortez told an at-times emotional story about fearing for her life the day of the Jan. 6 pro-Trump riot on the Capitol, conservatives were quick to accuse her of exaggerating and politicizing her account.

The New York Democrat told CBS News in an interview that the backlash is one reason she waited to share her experience in the first place.

“So many survivors fear being publicly doubted. But the fact of the matter is that the account is accurate,” she said.

Ocasio-Cortez in an Instagram Live video on Monday described her experience that day as traumatic and disclosed she is a sexual assault survivor. She likened the rhetoric of those who want people to move on from the Jan. 6 riot “without accountability” to the tactics of abusers.

Freshman Rep. Marjorie Taylor Greene, R-Ga., who this week was stripped of her House committee assignments for her support of dangerous conspiracies and racist remarks, accused Ocasio-Cortez of having “faked her outrage with another hoax.”

Here’s a look at the criticisms and how they compare with what Ocasio-Cortez said:

What AOC said in her Capitol riot story

On Monday, Ocasio-Cortez detailed an encounter with a Capitol Police officer whom she initially feared was a rioter.

Near the time the mob was clashing with security outside the U.S. Capitol, she said, someone began banging on the doors of her office. Fearing that rioters had entered the building where her office is, she hid inside a bathroom within her inner office.

Ocasio-Cortez, D-N.Y., said she heard a man yelling, ” ‘Where is she?’ And I just thought to myself, ‘They got inside.'”

She said she saw a man wearing a black beanie through the door hinge and, as he continued to yell for her, “I thought I was going to die.”

After emerging from her hiding spot, Ocasio-Cortez and her legislative director realized the man was actually a Capitol Police officer. He didn’t identify himself as such and “was looking at me with a tremendous amount of anger and hostility,” she said.

Told to leave the building but not given a specific destination, Ocasio-Cortez said she and her legislative director were searching for where to go and could hear rioters just outside.

She and her legislative director ended up barricading themselves in Rep. Katie Porter’s office, where staff pushed furniture up against the doors. In case they needed to run outside, she and Porter rummaged through staffers’ things to find workout clothes to wear to better blend into the crowd in case they needed to go outside.

She said she remained in Porter’s office for several hours until the Capitol was secured.

#AOCLied and other things her critics are saying

Conservatives on social media have cast doubt on Ocasio-Cortez’s account, saying she was not in the Capitol Building itself during the attack and that her office was too far away for her to have been scared for her life.

Social media posts with the hashtag #AOCLied and some Republican lawmakers said she was exaggerating and using the story to politicize the Capitol attack.

Rep. Nancy Mace, R-S.C., who was sworn in to Congress last month, said on Twitter that her office is near Ocasio-Cortez’s and that rioters were not in the halls of their offices.

However, Ocasio-Cortez never said rioters were in the halls, only that she feared they might enter and that she initially feared the police officer she interacted with that day was a rioter.

How trauma works: Ocasio-Cortez is explaining something about trauma. Experts say we should listen.

In her account of the dramatic encounter with the officer, she described him as a man in a black beanie and did not say he was an officer until the end of the encounter. However, some early reports and social media posts that circulated before she got to that part of the story described the man as an insurrectionist.

“She came to my office building. I saw her. She asked if she could come into my office. I am here to tell you and everybody, she was terrified,” Porter said on CNN.

Where was Ocasio-Cortez during the riot?

In her video, she described the uncertainty from that day, with members of Congress not receiving clear communication on safety measures or updates about the breach.

“As the Capitol complex was stormed and people were being killed, none of us knew in the moment what areas were compromised,” Ocasio-Cortez later tweeted, pointing out that Mace had also said she barricaded herself inside her office out of fear.

After the officer told her to leave Cannon and head to another building, Ocasio-Cortez said she and her legislative director spent some time figuring out where they were supposed to go, eventually winding up in Porter’s office.

About the lockdown and evacuation

Rioters breached the Capitol Building and occupied parts of it for several hours on Jan. 6, prompting the lockdown of the entire Capitol complex and evacuation of multiple buildings.

Rioters stormed in from multiple sides of the 1.5 million-square-foot complex through just a few of its 658 windows and 850 doorways minutes after the order to evacuate. Rioters crowded halls inside the Capitol Building and climbed over chairs. Some made it inside the Senate chambers, while others sat inside lawmakers’ offices. A man wielding zip-tie handcuffs made it to the Senate floor.

Capitol riots: How police failures let a violent insurrection into the Capitol

Some of Ocasio-Cortez’s critics say she was not in danger in the building where her office is located, but Ocasio-Cortez pointed out on Twitter that the attack was not only centralized in the Capitol dome and that there was reason for alarm throughout the Capitol complex.

“People were trying to rush and infiltrate our office buildings – that’s why we had to get evacuated in the first place,” she tweeted.

This is the latest manipulative take on the right.

They are manipulating the fact that most people don’t know the layout the Capitol complex.

We were all on the Capitol complex – the attack wasn’t just on the dome.

The bombs Trump supporters planted surrounded our offices too. pic.twitter.com/jI18e0XRrd

Pipe bombs were also discovered at the headquarters of the Republican and Democratic national committees, located within a few blocks of the Capitol. However, it is not clear whether they were placed as part of riots. 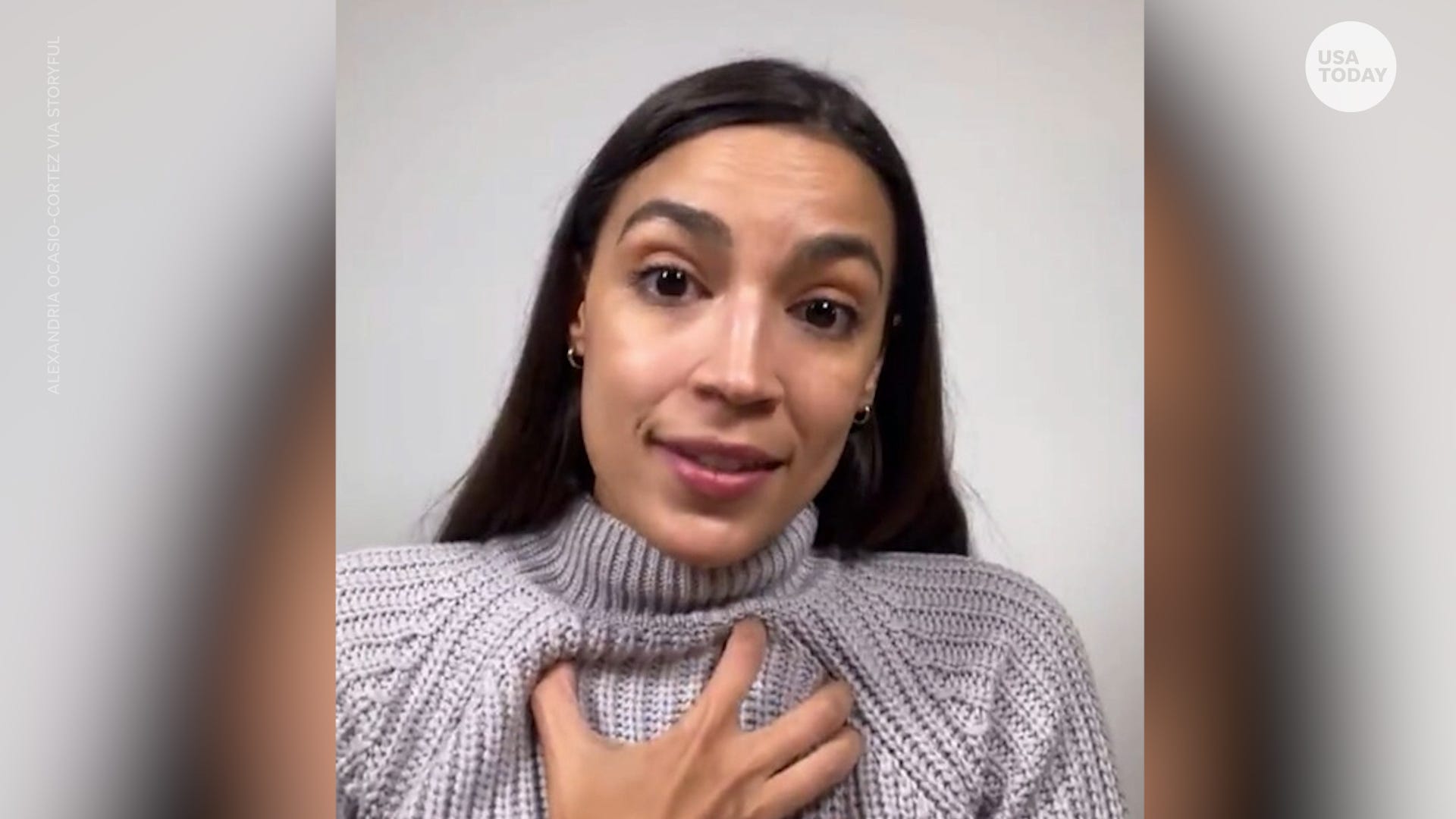