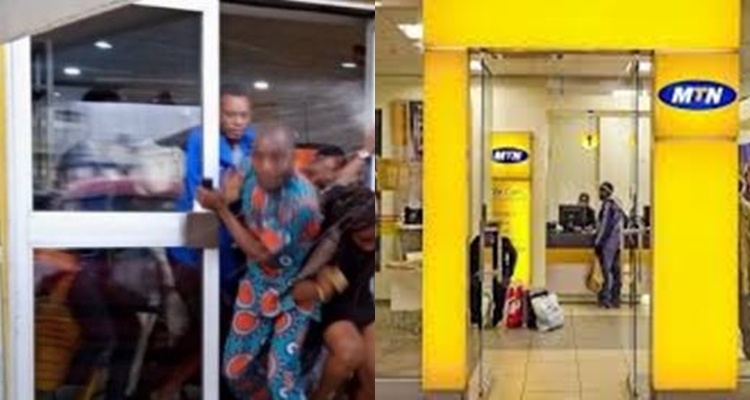 On Monday, hundreds of armed cult members attacked the commercial office of the telecom giant, MTN, along the DSP Alamieyeseigha Way in Yenagoa, the Bayelsa State capital, killing a customer who was alleged to be a rival cult member.

The murdered customer, who was identified as Victor Abasii, was a native of Ogu town in the Yenagoa Local Government Area of the state. He was 28y ears old.

According to sources, the incident occurred at about 3 pm, and the deceased was reportedly placed on the wanted list by the members of the rival cult group known as Greenlanders over his alleged involvement in a bloody clash in Swali area of the state capital early in the year.

An eyewitness told Leadership that the deceased had almost finished with his documentation on sim card validation at the MTN office when armed rivals invaded the office and chased after him.

“He was gentle and had a dread hairstyle. Suddenly we noticed armed boys invaded the MTN office and we took to our heels. The deceased jumped out and scaled the fence. But the suspected cultists went after him and descended on him with various dangerous weapons,” an eyewitness said.

It was later gathered that the deceased was a suspected member of the group known as Bobos.

Already, the killing of Victor Abasi has snowballed into a fight between the Greenlanders and Bobos in Amarata, Ekeki, Swali and other areas of the state capital.

A resident of Imgbi Road, who pleaded anonymity, claimed that armed Bobos invaded the area on Monday night in search of a rival group. “They said some cult group killed their “senior man” and they are out to retaliate”.

It would be recalled that a rival cult group located at Tombia axis and Amarata had in the last few days engaged in bloody clashes over revenue collection, rivalry and the battle for supremacy.

2020-11-06
Previous Post: 21 yrs old Bricklayer kills his apprentice for money ritual, a day to his 14th birthday in Ibadan
Next Post: FRSC to carry guns – Reps