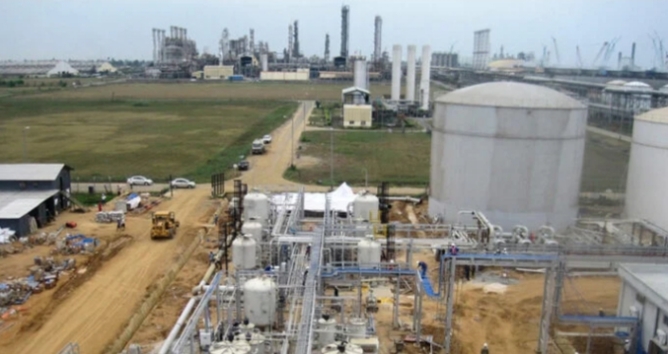 This was announced by Aliko Dangote on Saturday during a tour of facilities by Babajide Sanwo-Olu, governor of Lagos, at the Lekki Free Trade Zone and Dangote petrochemical refinery facilities.

The billionaire businessman also disclosed that the refinery plant will be completed later this year and production will commence first quarter 2022.

The fertiliser plant has a name-plate annual capacity of three million tons of urea and ammonia — largest in the world.

It is also being constructed in the Lekki Free Trade Zone area which houses other plants and factories including the 650,000 barrels per day Dangote Refinery and Lekki Port.

This makes Nigeria the only urea exporting country in Sub-Saharan Africa, both the fertiliser and petrochemicals plants are capable of generating $2.5 billion annually.

Godwin Emeiele, governor of the Central Bank of Nigeria, had assured that arrangements have been to enable the Dangote Refinery sell refined petroleum products in naira when it commences production which will save foreign exchange for the country.

“I am saying that by this time next year, our cost of import of petroleum products for petrochemicals or fertiliser will be able to save that which will save Nigeria’s reserve,” Emefiele had said.

2021-03-21
Previous Post: PDP demands investigation into attack on Ortom’s convoy
Next Post: Osinbajo: Politicians have a lot to learn from church leaders