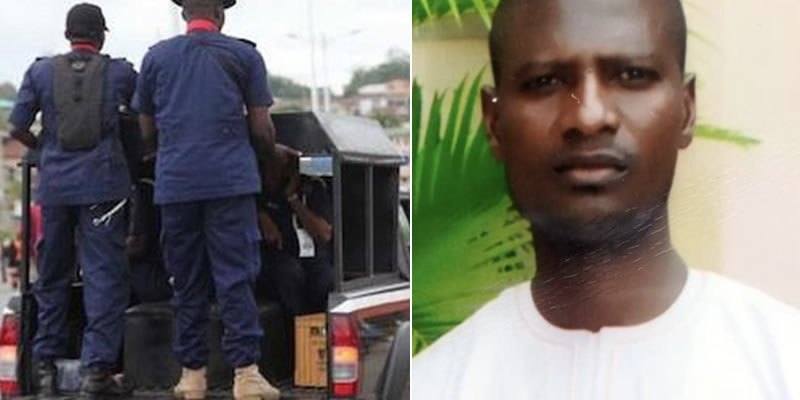 Bulus Sanda , an officer of the Nigeria Security and Civil Defence Corps (NSCDC) in Kaduna state, Bulus Sanda who was abducted about 10 days ago at Maraba-Rido, Chikun local government area of the state has been killed.

WITHIN NIGERIA had reported earlier that Sanda was abducted alongside three others, including a 14 year old girl, when gunmen invaded their homes at Mararaban Rido area of Kaduna metropolis on August 28, 2020.

Family sources said the officer was killed on Tuesday after an undisclosed amount of money was paid for his release.

“We paid a ransom and we were expecting that his released. But after sometime, they called us said they had killed him because they discovered that he is a security personnel,” the source said.

“They directed us to where they dumped his corpse. This is very sad, the security situation is very scaring and unfortunately the government is not doing much to address it.”

While commiserating with the family of the deceased, the Commandant urged members of the public to support the activities of security agencies in the state to ensure safety of lives and property.

The post Despite paying ransom, Kidnappers kill NSCDC officer in Kaduna appeared first on Within Nigeria.