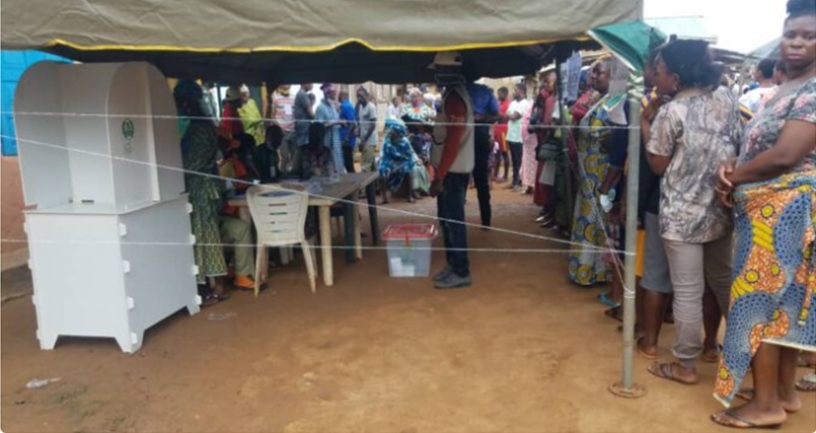 Despite the downpour on Saturday morning in some parts of Ondo state, many residents came out in their numbers to take part in the governorship election.

According to the Independent National Electoral Commission (INEC), 17 political parties are participating in the exercise, which is taking place in all 18 local government areas (LGAs) of the state.

Across different polling units in Ondo, as noted by election observers from the Centre for Democracy and Development (CDD) and TheCable, voters could be seen checking their names on the register as the exercise commenced in various parts of the state.

Security operatives are also on ground in the various wards and polling units.
A visit to ward 10 in Akoko south-east, showed security agencies and INEC officials left in the rain, as they made arrangements to commence the voting process.

Although there was low compliance with the COVID-19 protocol, as well as zero physical distancing at many polling units, security operatives were observed undergoing temperature checks and sanitising their hands before moving to their duty posts.

In Ondo east, election officials briefed residents in Yoruba language on the importance of face masks, while in Ile-Oluji, hand sanitisers were administered to voters as they queued to participate in the exercise.

Meanwhile, the elderly and disabled are given priority across polling units in the state.