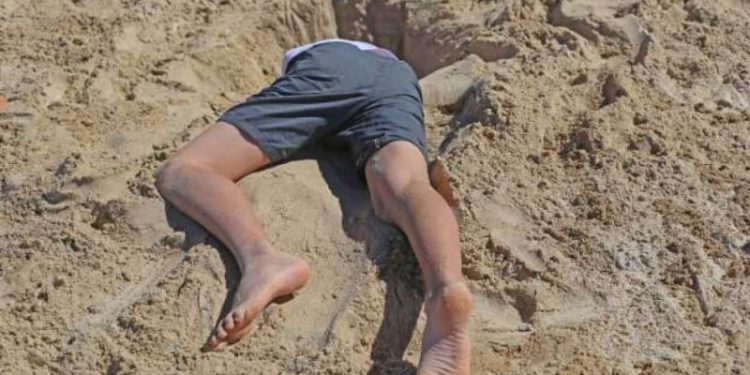 Drama as a witch doctor identified as Idike Ezikanyi who was contracted to exhume the body of a woman alleged to have suffered injustice in the hands of her in-laws reportedly collapsed and died inside the grave.

WITHIN NIGERIA learnt that the witch doctor, Ezikanyi who is a native of Uwani-Amaogbo, Amabokwu village in Aku town, Igbo-Etiti Local Government Area of Enugu State, was allegedly recruited by the late woman’s husband, one Nnadi, and other members of his family.

It was also learnt that the deceased witch doctor was meant to secretly dig up the body of Nnadi’s wife, Stella who lost her life five years ago and was buried in her husband’s compound.

An eyewitness disclosed that the Nnadi family on the night of incident got more than they bargained for when the witch doctor suddenly shouted from the grave.

The witch doctor who tried to jump out of the grave, reportedly fell back in and died instantly before those around could react.

According to sources, the widower had succumbed to pressure from his family members to secretly exhume the body of his late wife and throw it away so that her spirit would be blinded from disturbing those living in the house, which she built.

The sources said the family members of the husband had hated his late wife with passion and even disinherited their son.

The late wife had a bad leg, a deformity due to an infection in infancy.

They didn’t want their son to marry her, though the son depended on the lady who was very industrious despite her deformity.

Despite their pressure and blackmail, the two got married and completed a three-bedroom house of their own.

The sources further alleged that the jealousy and recrimination against her escalated, alleging that the lady died after a spiritual attack.

It was gathered that after she died mysteriously, the husband’s family refused to pay the outstanding bride price and also failed to accord her full burial rites.

The family members later packed into the house and, feeling guilty and afraid of spiritual attack from the dead woman, they contracted the witch doctor exhume her body and throw it into an evil forest.

It was during this bizarre occasion that the witch doctor died.

Again, one of the widower’s sisters visited the witch doctor’s house to condole the family.

However, it was reported, after she finished crying, she instantly suffered a stroke and had to be carried back to her home at Umuidu Amabokwu.

The post Drama as witch doctor who was tasked to exhume body of housewife dies inside grave in Enugu appeared first on NEWS.