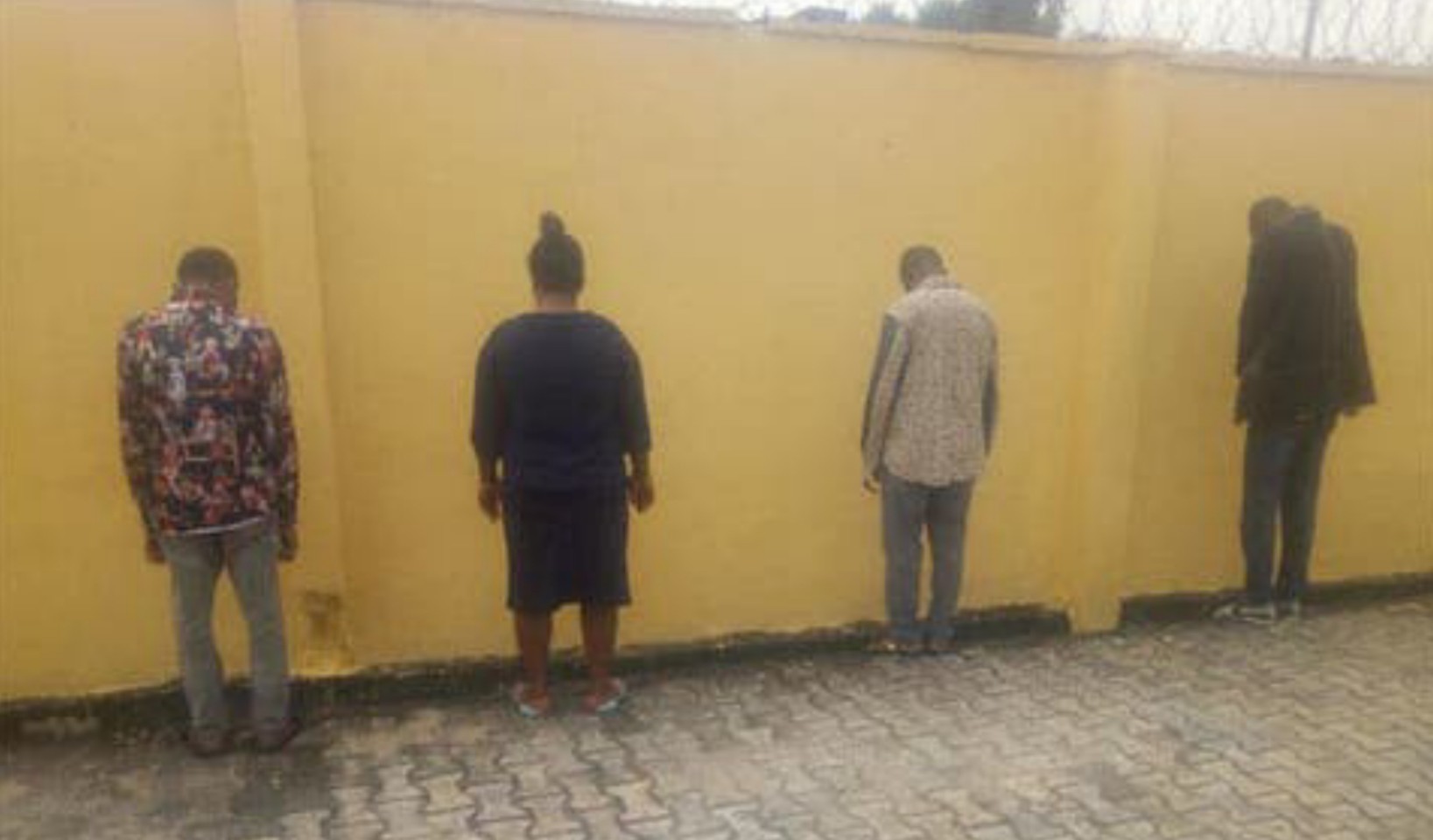 Operatives of the Department of State Services (DSS) in Bayelsa State have arrested a 43-year-old Prophet Kingsley Jeremiah Amos and three other suspects over an alleged attempt to kidnap the Chairman of the Yenagoa Local Government Area, Mr Uroupaye Nimizuoa.

Other suspects arrested alongside the Prophet were an ICT expert, Philip Okorie, an indigene of Akanu community in Ohafia LGA of Abia State; spiritualist, Tari Erigi, from Okordia-Zarama community of Yenagoa LGA and a 35-year-old woman, Nsikan Sunday, from Akwa Ibom State.

The DSS, while parading the suspects in Yenagoa on Friday, alleged that sequel to the receipt of a petition on the alleged kidnap threat of Nimizuoa, his mother and members of his family by sending life-threatening text messages through an unknown mobile phone number.

The DSS said investigation led to the arrest of the four suspects.

The DSS Deputy Director of Operations, Femi Shotayo, said the arrested suspects were led by the ICT expert, Philip Okorie, with his alleged involvement in the illegal tracking of the GSM numbers for commercial purposes.

He said Okorie, in connivance with his syndicate, took advantage of his relationship with the victim and fraudulently initiated life threatening calls including threats to kidnap the victim using unknown GSM numbers in a bid to extort the victim.

He said: “Okorie was eventually arrested by operatives of the service in Abia State. And Amos, who paraded himself as a clergyman and prophet before the victim, collaborated with his mistress/wife, one Nsikan Sunday and threatened to kidnap the victim.

“Findings further showed that the threat was aimed at compelling their victim to contract them for prayers in exchange for money. They were apprehended in Calabar, Cross River State, and both have confessed to the crime.

“Also arrested was Tari Erigi who is a spiritualist and ally of the council chairman who sent a threat of kidnap to the victim in order to extort money from the latter. Meanwhile, all the suspects have voluntarily confessed to the crime under investigation, just as exhibits linking the suspects with the crime have been recovered.”

Confirming the incident, Nimizuoa said he had to alert the security agencies over the alleged threat by the arrested suspects due to the March 5, 2020 experience in which his mother, Madam Betty Nimizoua, was abducted by unidentified gunmen.

He stated: ”While in court over the arrest of the key suspect in the kidnap of my mother, I started receiving threats of kidnap from unknown numbers and I reported to the security agencies. The key suspect, Okorie, was shown to me as the person threatening me that if I didn’t release the arrested kidnapper of my mother, they would kidnap me.

“Okorie was also the same person brought to me by the police to work with me as an independent phone tracker to track the phone lines. I had thanked the police for rescuing my mother and providing me with evidence to prosecute my mother’s kidnappers but little did I know that the independent tracker working with me was a kidnapper. The second suspect came to me and said he wanted to pray with me. And I opened my doors to him but he turned around to be sending life threatening messages.”

One of the suspects, Okorie, however denied the charges of attempted kidnap brought against him, claiming that he had 12 years working relationship with the Nigeria Police as an independent data/phone calls analyst involved in locating kidnappers and their victims.

He said “My calls to the Yenagoa LGA chair was purely to collect the unpaid debt for my services during the rescue of his mother and arrest of the suspect. I sent text message to him from hidden numbers because he did not pick my calls and refused to pay monies owed me.”

The post DSS arrests prophet, three others over alleged attempt to kidnap Bayelsa Council Chairman appeared first on Within Nigeria.