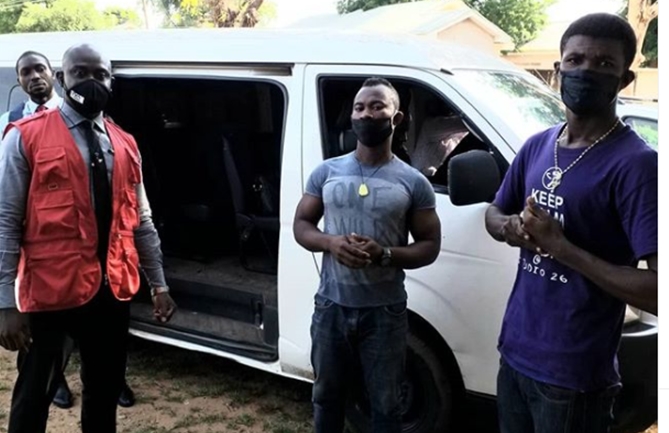 A banker, Ezeagbor Chijioke and two others: Anthony Chidiebere Nneji and Ibenegbu Chukwudi Francis have been arraigned by  the Economic and Financial Crimes Commission, EFCC, Sokoto Zonal Office, before Justice Muhammad Muhammad of the Sokoto State High Court on four -count charges bordering on conspiracy, forgery and obtaining money by false pretences to the tune of N1,000,000.00 (One Million Naira only).

Trouble for the trio started, when the Commission received intelligence against them for alleged conspiracy to defraud one Olajide Adeshina Muhammad Misbahudeen, to the tune of N1,000,000.00 (One Million Naira only) under the guise of investing same in Central Bank of Nigeria Treasury Bills, which they allegedly forged and issued him a fake Certificate.

The post EFCC Arraigns Banker, Two Others In Sokoto appeared first on Within Nigeria.