Election results updates: Biden is poised to win but it isn’t over yet. What we know

We’re two days past Election Day and USA TODAY’S coverage of the 2020 election continues as states work to finish counting the ballots.

All eyes on are the battleground states that will ultimately decide the election. Be sure to refresh this page often to get the latest information on how things are going.

USA TODAY will have live election results from across the country.

Pennsylvanians are waking up to a tighter presidential race.

The Department of State website shows little change overnight. About 29% of mail-in votes still need to be counted, or about 763,000 ballots.

Overall, 89 percent of the Pennsylvania vote has been tallied, including mail-in ballots and in-person voting.

The presidential race in Georgia continued to tighten Thursday as the state counted its remaining votes. Democratic presidential nominee Joe Biden had slowly closed the gap with President Donald Trump, trailing by about 18,000 votes with 98% of the vote counted.

And a second Senate race was close to a runoff election in Georgia, with incumbent Republican Sen. David Perdue leading Democratic nominee Jon Ossoff with about 50.0% of the vote share. Perdue needs to secure at least 50% of the vote to avoid a runoff, and Ossoff and Libertarian candidate Shane Hazel have chipped away at his numbers.

The state’s other Senate election is set for a January runoff between incumbent Republican Sen. Kelly Loeffler and Democrat Raphael Warnock, the senior pastor of Ebenezer Baptist Church in Atlanta.

Georgia Secretary of State Brad Raffensperger told Atlanta radio station WSB there were about 50,000 ballots left to count.  The state would be done with its count by noon EST Thursday, he told WSB-TV.

Former Vice President Joe Biden is just six electoral votes to reaching 270 in the presidential race after he was named the winner in Wisconsin and Michigan.

The race is now down to Pennsylvania, Georgia, Nevada, and North Carolina, while interesting numbers also emerge from Arizona.

President Donald Trump has 214 electoral votes, and his team has filed lawsuits in Pennsylvania and Georgia to prevent the counting of ballots.

With votes still being counted, Biden has broken the record for most votes received by a candidate, amassing nearly 72 million. As of Wednesday evening, he was leading Trump by more than 4 million. 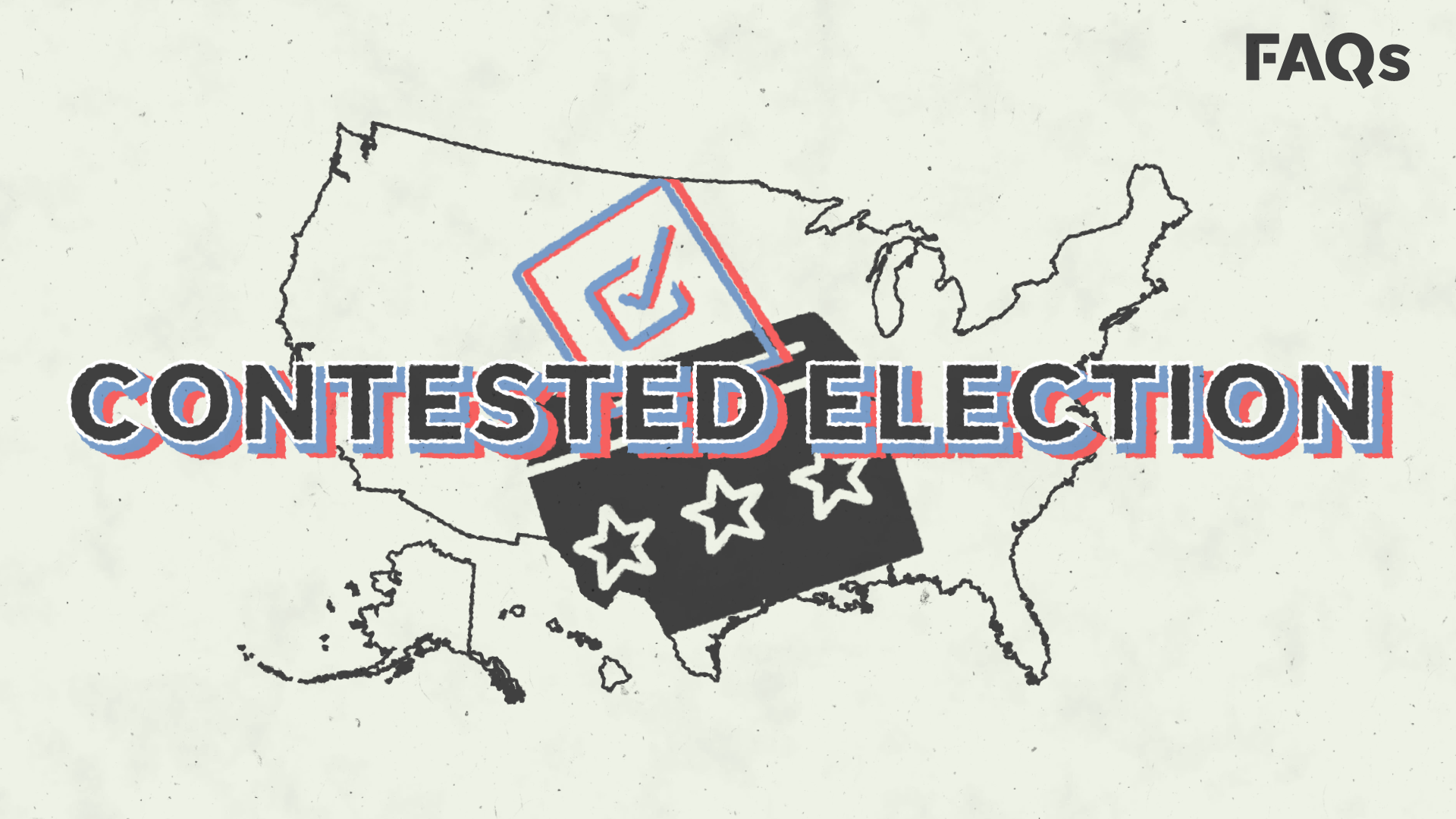 How a contentious election affects a peaceful transition of power

What history has shown us about contested elections and peaceful transitions of power.

Where do the final states stand as of 3 a.m. EST?

Biden maintained a lead in Arizona over Trump, but his margin shrunk in a new batch of results posted Wednesday evening and early Thursday morning consisting mainly of early ballots from Maricopa County, which the president carried in 2016.

A new tally is not expected until later this morning after officials updated the numbers at 2:40 am EST.

The Associated Press has defended their early call that Biden is projected to win Arizona despite calls from the Trump campaign to retract. Arizona’s 11 electoral votes are factored into USA TODAY’s electoral college count.

Trump and his supporters have alleged voting irregularities and other issues. There is no evidence of any vote counting issues in Arizona.

Georgia was on the mind of Americans Wednesday night as Biden gained significantly on Trump in the traditionally red state.

With an estimated 96% of the state reporting their votes, Biden is trailing the president by roughly 23,000 votes. Trump’s lead over Biden has shrunk as more votes get counted. Earlier Wednesday, he had a lead of over 100,000 votes.

More: Results are trickling in for battleground Georgia. Here’s what we know.

Many of the outstanding ballots that needed to be counted were in counties surrounding Atlanta, like Fulton. A Fulton County official said on CNN last night they expected full results there between midnight and 3 a.m. EST.

State officials in Nevada are sticking to their original plan of updating results mid-day EST Thursday. 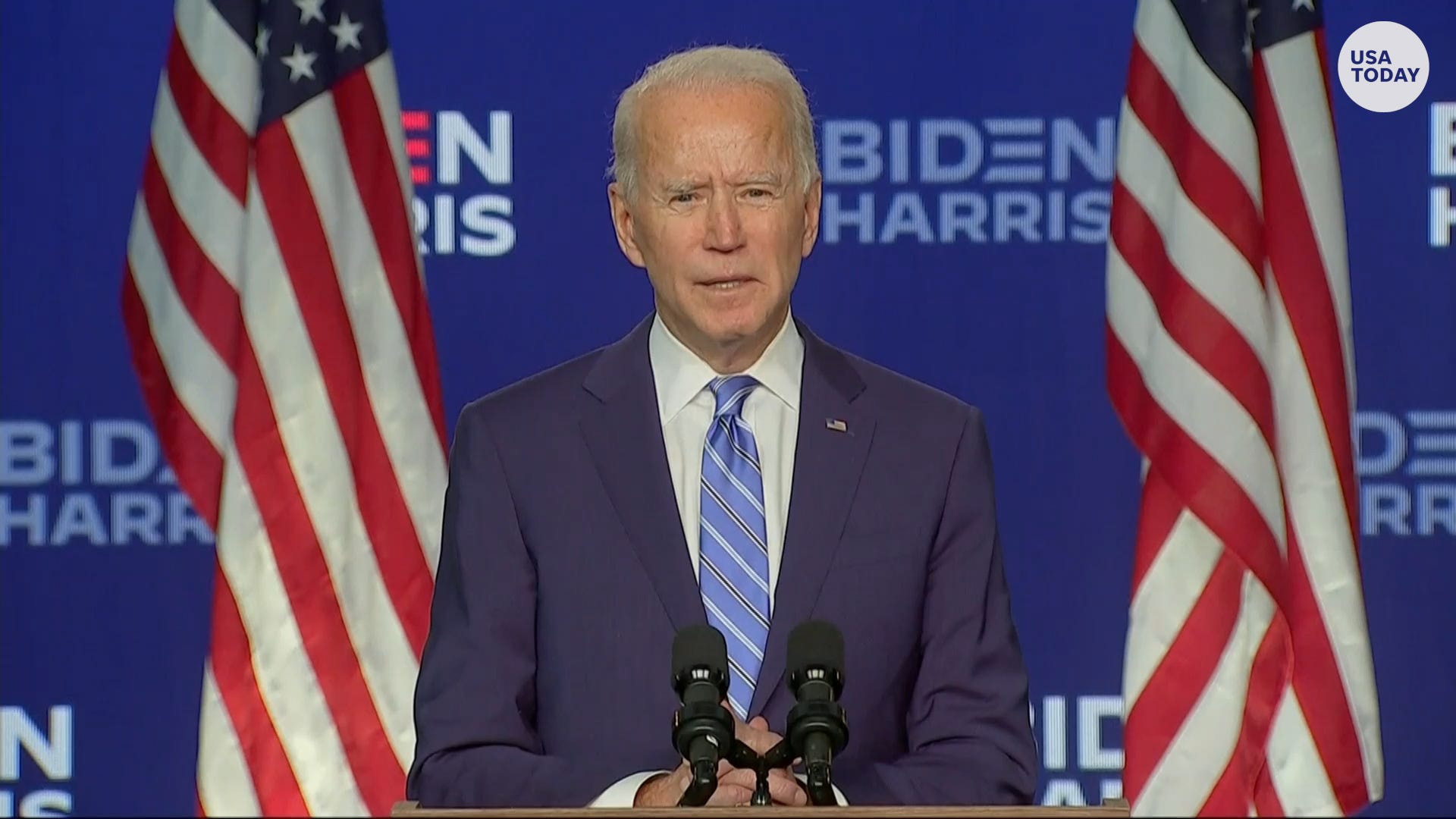 2020 election: Biden calls for unity as votes continue to be counted

Biden calls for unity during his speech in Wilmington, Delaware. Votes are still being counted in states across the country.

North Carolina, a state that’s is crucial to Trump’s reelection, was close as of Wednesday night, with the president leading 50.1% to 48.7%.

Full results in North Carolina are not expected until next week, according to local media outlets, to allow outstanding mail-in and provisional ballots to be counted.

The president’s lead in Pennsylvania shrunk as mail-in ballots have broken for Biden by a large margin.

If Biden remains on the current track, and Democratic turnout remains high in cities like Philadelphia, the former Vice President could take the lead in that state Thursday.

The president’s campaign team prematurely and incorrectly stated they had won the state Wednesday, despite hundreds of thousands of ballots being unaccounted for. Social media posts claiming victory were flagged as disinformation.

Pennsylvania still has hundreds of thousands of absentee ballots to count, but the Secretary of State said they expected to be counted by the end of the day Thursday. 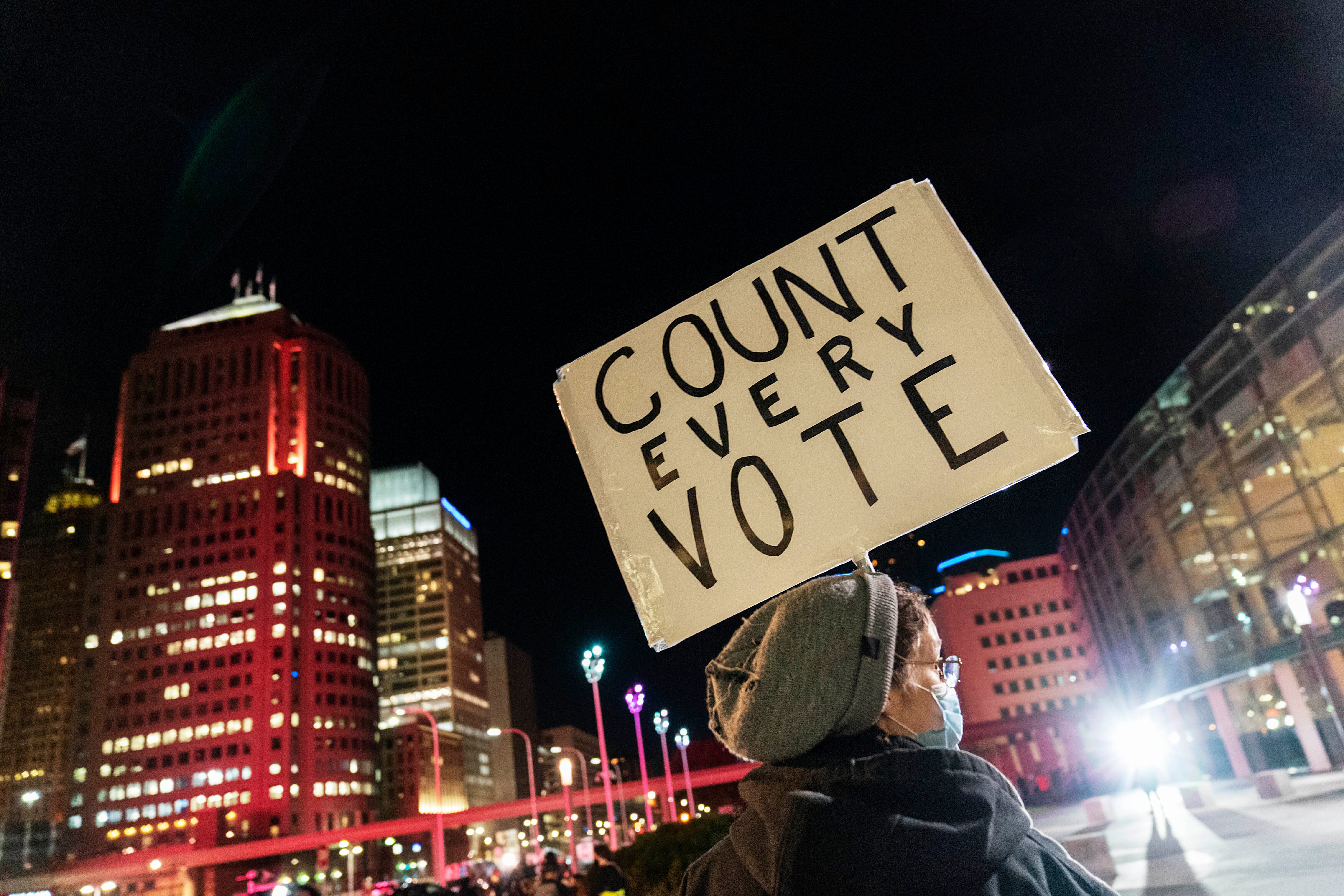 2020-11-05
Previous Post: Election protests across the US: National Guard activated in Portland; Trump supporters gather in Phoenix, Las Vegas
Next Post: Trump’s huge vote total breaks my heart. I recognize this America and I wish I did not.