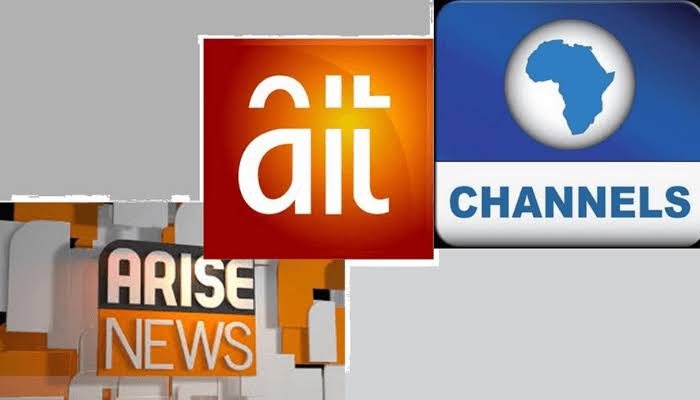 Nigeria main opposition party, the Peoples Democratic Party (PDP) has condemned the clampdown on major broadcast stations including AIT, Channels and the ARISE TV by the All Progressives Congress (APC)-led Federal Government, over their reportage of the EndSARS protest in various parts of the country.

The PDP asserted that the rush to impose monetary fines on the television stations by the National Broadcast Commission (NBC), smacks of a fresh attempt to further gag the media, suppress free speech and Nigerians’ access to information.

The PDP in a statement by its national publicity secretary, Kola Ologbondiyan, said that this clampdown on broadcast stations has heightened widespread public apprehensions of attempts at concealment of details and suppression of material evidence relating to human rights violations during the protest.

“In fact, this display of high-handedness by the NBC has hugely detracted from the efforts being made by well-meaning Nigerians to douse the tension in the land and reassure Nigerians at this critical time,” the PDP said.

It advised the NBC to rescind this rushed clampdown and handle its regulatory role more professionally.

“Our party holds that, in the course of information handling, especially in a crisis situation as we witnessed in the last two weeks, where caution is required, draconian measures should not be an option. Rather, all efforts should be towards national healing,” the party added.

It stated that instead of seeking to gag the media, Nigerians would rather expect establishments like the NBC to be on the side of the people by urging government agencies to come up with information, particularly, such that contain critical pieces of evidence that would guarantee justice for victims of brutality by unscrupulous security operatives.

“While the PDP calls for caution by all Nigerians, especially in the handling of information, we urge agencies of government to be mindful of actions that are capable of acerbating the already precarious situation in which we have found ourselves.”

The PDP restates its call for calm and restrain in the general interest of the unity and stability of our nation.

2020-10-26
Previous Post: Those Behind Lekki Shooting Will Be Punished, Sanwo-Olu Assures Nigerians
Next Post: Zeta strengthens into a hurricane before hitting Mexico; US landfall expected Wednesday