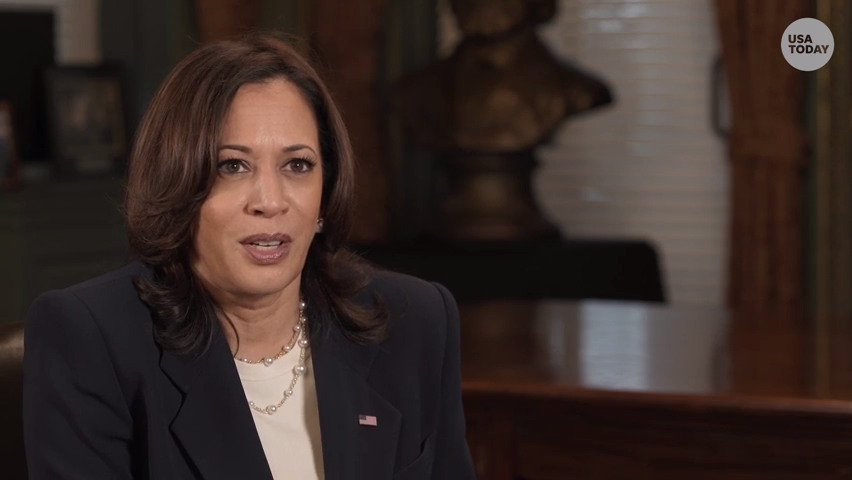 Vice President Harris has a strong message for American women

Vice President Kamala Harris shares concern for how the COVID-19 pandemic has impacted women and the importance of addressing that disparity.

WASHINGTON – A new poll highlights the many challenges women have faced during the pandemic, with about half of those surveyed saying they’ve suffered from depression, anxiety or other mental health issues since the crisis began.

The Biden administration has tried to address ways the pandemic has often hit women harder than men – including in job losses and a disproportionate burden of care for children and the elderly.

That attention could pay political dividends in the midterm elections, in which women could play a significant role.

But the Lake Research Partners survey, provided first to USA TODAY, also suggests the overarching goal of gender equity – which President Joe Biden has emphasized – is not as significant to women as are specific types of help, such as improving health care access. That’s particularly true for independents and Republican women.

Fewer than half of all women surveyed said that enforcing gender equity by including provisions in the $1.9 trillion coronavirus assistance package to support women would have “a big impact, or “some impact,” on themselves and their family. Only 39% of independents and 25% of GOP women said it would.

But around 6 in 10 respondents, including more than 4 in 10 Republican women, said that expanding health care coverage and lowering health insurance premiums would have “a big impact” or “some impact.”

About three-quarters of all women surveyed favored the idea, including 68% of GOP women.

The online survey of 1,000 adult women, conducted in early April, is the first of the firm’s periodic tracker poll measuring women’s views and how they may evolve in the runup to the 2022 elections.

While the presidential gender gap is well-known, Lake said there’s been less attention to how women are often the decisive factor in off-year elections. Democrats have to win women by a bigger margin than they lose men, while Republicans try to limit their losses with women. That battle can be more intense in a midterm election, when turnout typically decreases, Lake said.

Republicans have hoped to score points against Biden by accusing him of not doing more to reopen schools, burdening women who are often overseeing remote learning and providing child care.

The survey asked women about the significance of aspects of the coronavirus relief package. About half said providing aid to help K-12 schools safely reopen will have a big, or some, impact on themselves and their family. Nearly half said the same for mental health services and for food, housing and unemployment assistance.

Respondents saw the biggest benefit in the package’s direct payments, with 74% saying that will have more than a little impact.

While the Lake Research Partners’ poll assessed only the experiences of women, a Kaiser Family Foundation survey of both men and women from March found that younger adults and women were among those most likely to report that stress and worry related to how the pandemic has affected their mental health.

The challenges women said they’ve faced during the pandemic are many.

About 1 in 4 surveyed by Lake Research Partners have seen wages or hours reduced and have needed help from a food pantry or meal program. Nearly 3 in 10 have faced serious stress in a marriage or relationship. Nearly half have either postponed, or gone without, a visit to the dentist, while 37% have put off some other type of medical care.

Women of color were significantly more likely than white women to have faced challenges related to food security, finances and employment. They were also particularly likely to say that components of the coronavirus relief package will have a big impact on themselves and their family.

The package includes a temporary boost in subsidies for private insurance for people who aren’t covered by an employer or a government plan like Medicare or Medicaid. While the survey suggests strong appeal for initiatives to reduce premiums and expand health care access, the administration hasn’t yet proposed a way to make the expanded subsidies permanent or to institute different changes.

Conducted April 6 through April 12, the survey has a margin of error of plus or minus 3.1 percentage points.

More: ‘You are strong.’ Vice President Kamala Harris has a message for American women

2021-04-23
Previous Post: Fulani Terrorists Displaced 55 Communities In Plateau, Renovated Houses, Living In Them— Federal Lawmaker
Next Post: Some Nigerians Don’t Know The President They Are Dealing With— Femi Adesina