Process originally meant to be ‘bulwark … between the ordinary citizen and an overzealous prosecutor’ has turned one-sided and is in dire need of transparency, reform

The Breonna Taylor case provides a stark illustration of the failings of the grand jury process in officer-involved shooting investigations. The fact that the only charges were against an officer for errant shots into a neighboring apartment, coupled with transcripts confirming the limited charges presented, make clear that grand juries no longer serve their original purpose. Intended as a “bulwark … between the ordinary citizen and an overzealous prosecutor,” they instead became, in the words of late Supreme Court Justice William O. Douglas, “a tool for the Executive.”

Prosecutors generally exercise complete control over the grand jury process — including what evidence to present, witnesses to call, and charges to seek. And all of this occurs behind closed doors. This shroud of secrecy shields important decisions from the public’s eye.

Grand juries have become a rubber stamp for prosecutors — returning indictments in the vast majority of cases presented to them. Yet in state policing cases indictments are rare. That may well reflect a failure by prosecutors to vigorously investigate, present all evidence and seek charges against law enforcement partners they work with every day. In some instances, prosecutors may instead use grand juries to provide cover for their reluctance to prosecute, and thereby avoid accountability.

Some have proposed simply doing away with grand juries in officer-involved shooting cases. Four years ago, in Minneapolis — the same city where George Floyd’s death sparked the largest civil rights movement the nation has seen in decades — Hennepin County Attorney Mike Freeman made that commitment. The officers responsible for Floyd’s death were indicted on various second-degree murder charges. The lack of a grand jury makes it possible for the public to more directly press DAs if charges aren’t pursued.

But in most cases, bypassing the grand jury process eliminates public participation in the charging process and can fail to address the underlying problem of prosecutorial reluctance to vigorously pursue these cases. Moreover, in 23 states, grand juries are required. In some cases, abolishing grand juries means passing a time-consuming constitutional amendment.

Failures by grand juries to act in closely watched police accountability cases — from Taylor and Tamir Rice to Eric Garner and Michael Brown — underscore the need to restore trust in the integrity of this process, not to eliminate it.

Instead, prosecutors must ensure that they fully, proactively and promptly investigate and present to the grand jury all pertinent evidence in these sensitive cases integral to community trust. Their offices must have safeguards in place to ensure that officer-involved shootings are handled without undue influence from the police — including best practices such as an independent unit, staffed by senior prosecutors and experienced investigators, who report directly to an elected prosecutor.

The police department should never investigate its own officers — doing so is riddled with conflicts. And if local prosecutors aren’t equipped to conduct a thorough and impartial investigation, an independent prosecutor should handle the case.

With police shootings, the community deserves insight into the process, from decisions regarding which charges to present, to the evidence presented, and the ultimate reasoning of the grand jury. Transparency is essential for communities to understand and accept how decisions are made, hold prosecutors accountable for their choices and instill confidence in the process.

While there are good reasons for grand jury secrecy — it protects witnesses and ongoing investigations, and avoids disparaging individuals under investigation — this veil of secrecy can fuel distrust in the process. Moreover, arguments in favor of secrecy are far less meaningful when no charges result in high profile cases; in these instances, the benefits of disclosing the full record of proceedings are substantial.

While state laws vary around grand jury secrecy, prosecutors often have the discretion to release grand jury transcripts, and when a grand jury decides not to pursue charges against police officers, prosecutors should support full disclosure. Prosecutors should also ensure that grand jury proceedings are routinely recorded and transcribed. This record can facilitate a second look by an independent body, a well-advised practice in policing cases when the local prosecutor’s decision fails to bring charges.

These solutions are not exhaustive and alone will not address the injustices underlying Taylor’s tragic killing and the ensuing investigation. Grand juries exist in many forms throughout the United States. Some proposed reforms — including enabling individuals with felony records to serve on grand juries, creating a grand jury “counsel” to provide independent legal advice to the group (as exists in Hawaii), or including judges in the proceedings — may take legislative action.

POLICING THE USA: A look at race, justice, media

But we don’t need to wait for politicians to take the first step. Elected prosecutors can lead the way now, whether by enhancing independent investigation of these cases, providing reports detailing decision making, releasing grand jury transcripts or moving away from grand juries entirely and presenting potential charges in public proceedings. Communities are demanding a reset of our justice system. Reforms are the only way t restore trust.

Miriam Krinsky is the executive director of Fair and Just Prosecution. 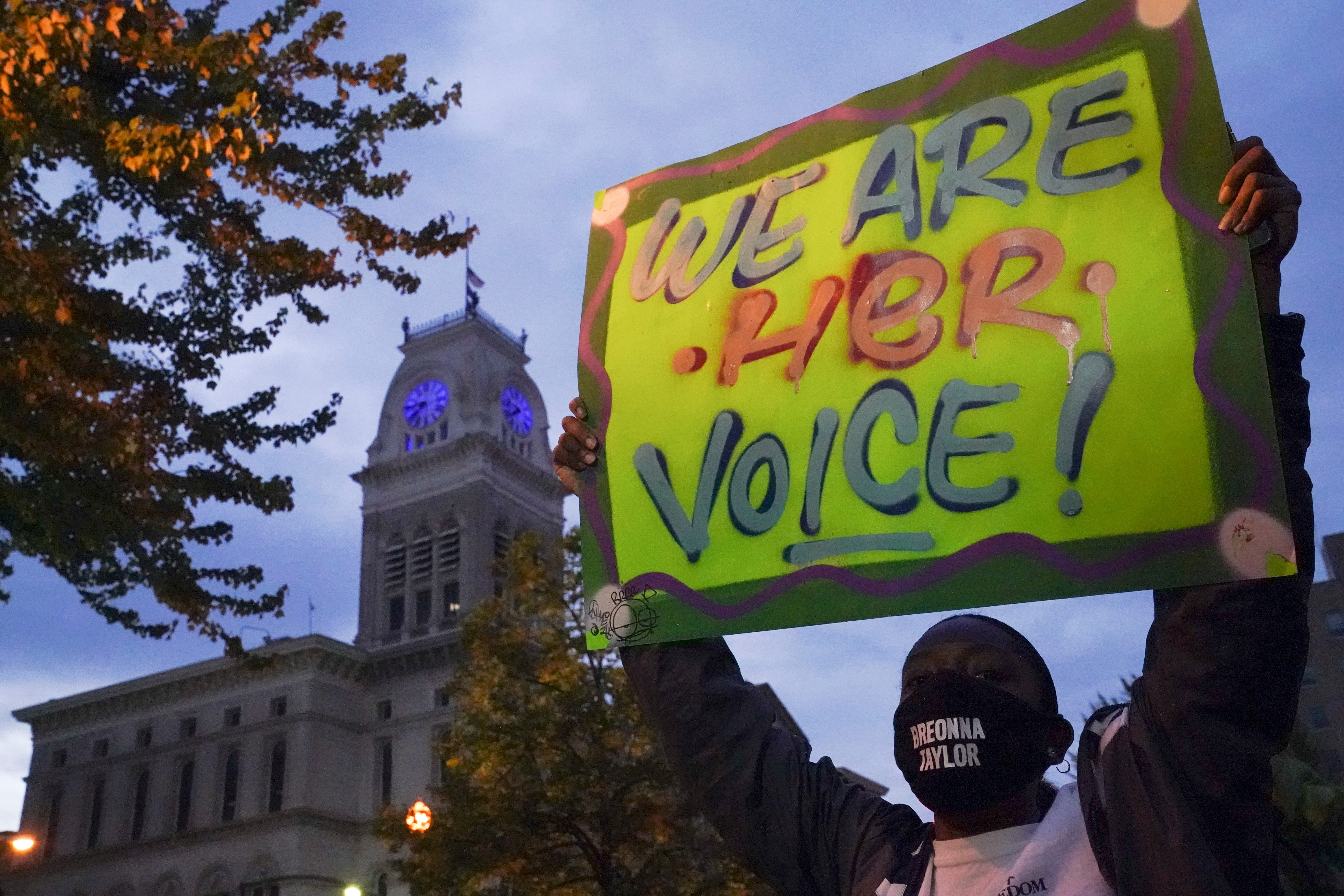