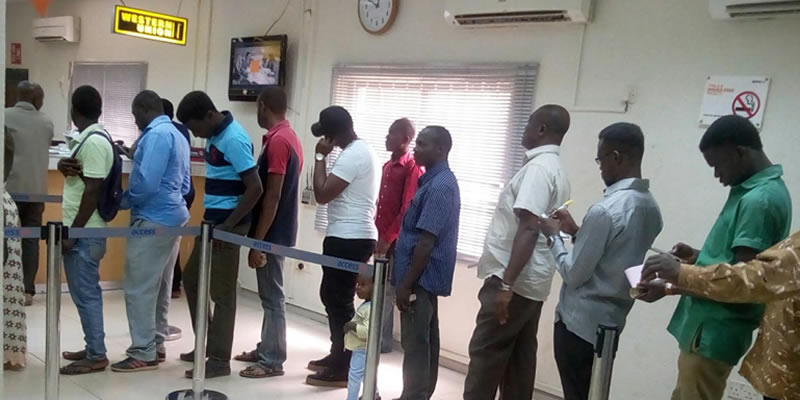 According to reports, the Federal Government has ordered the bank accounts of promoters of #EndSARS protests to be frozen.

Some #EndSARS promoters, who spoke separately to newsmen said their banks informed them that the Central Bank of Nigeria had directed that their accounts should be frozen.

Last months, youths calling for the disbanding of the Special Anti-Robbery Squad of the Nigeria Police protested for two weeks in major cities of the country.

On Tuesday, some promoters of the protests said their accounts had been frozen for the past two weeks.

The CBN, according to multiple complaints received by newsmen, reportedly instructed banks to place a ‘Post No Debit’ restriction on the accounts.

The banks, it was learnt, were able to implement the directive by tracking the ‘narration’ of transactions.

Bank transactions that included the narration #EndSARS or End SARS were immediately flagged while such accounts receiving funds were frozen.

Speaking to The PUNCH, a pharmacist, Bassey Israel, who was in charge of the #EndSARS medical team in Port Harcourt, said his account with Access Bank marked 003397XXXX had remained frozen since October 15.

According to him, when he learnt of the development, he went to the bank to find out the reason for it. Israel said he was informed by a bank officer that the directive came from the apex bank.

He said, “I am in charge of End SARS medical team in Port Harcourt and we had people donating for medical supplies, food, water, ambulance services and these donations were made directly into my account and of course these donations had End SARS descriptions so I think that was how they were able to flag my account. I noticed that on October 15, I was trying to make a debit transaction on my account and noticed that there was a restriction.