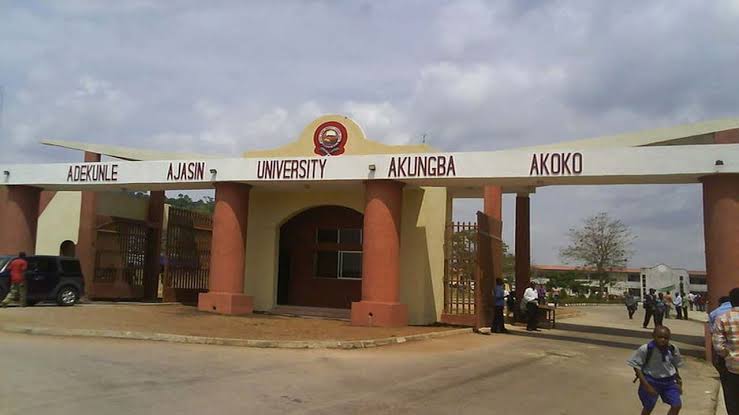 A former lecturer in the Department of Geology, Adekunle Ajasin University, Akungba (AAUA), Akoko was on Wednesday found dead inside his car in the university community.

The lecturer identified as Dr Olatunde Adegbuyi was found dead inside his car by some passerby who discovered his lifeless body in the car.

According to a source, who said that the car was parked along the palace road but the residents of the area became curious and had to check on him and found him dead and had to report the incident to the police.

The residents of the area could not ascertain the identity of the deceased but one of the students recognised him as a senior lecturer in the school.

He said, “It was a passer-by that first saw him and noticed that he was in the car and his head had dropped and his other body was not moving.

“The person quickly raised the alarm to call the attention of the other residents of the area. On getting there it was discovered the lecturer has given up.”

Confirming the incident, the AAUA spokesperson, Mr Victor Akinpelumi, said the residents of the palace road in Akungba reported the incident to the school authorities.

He confirmed that Adegbuyi was a retired senior lecturer in the school but no longer with the institution while he said the cause of his death remains unknown.

He said Adegbuyi was said to be a lecturer at the Department of Earth Sciences of the university and was reportedly hale and hearty when he was last seen.

When contacted, the Public Relations Officer of the state police command, Mr Tee-Leo Ikoro, confirmed the incident and said an investigation had commenced into the matter.

“When our men got there, it was discovered that there was no sign that the deceased was touched.

“But it is the doctor’s report that could reveal the actual cause of the death. The deceased is over 70 years old”, Ikoro stated.

2021-04-07
Previous Post: How We Regained Our Freedom From Bandits’ Den, Freed Kaduna Student Narrates, Contradicting Army
Next Post: Tiger Woods driving more than 82 mph before crash, unclear if he was conscious, sheriff says