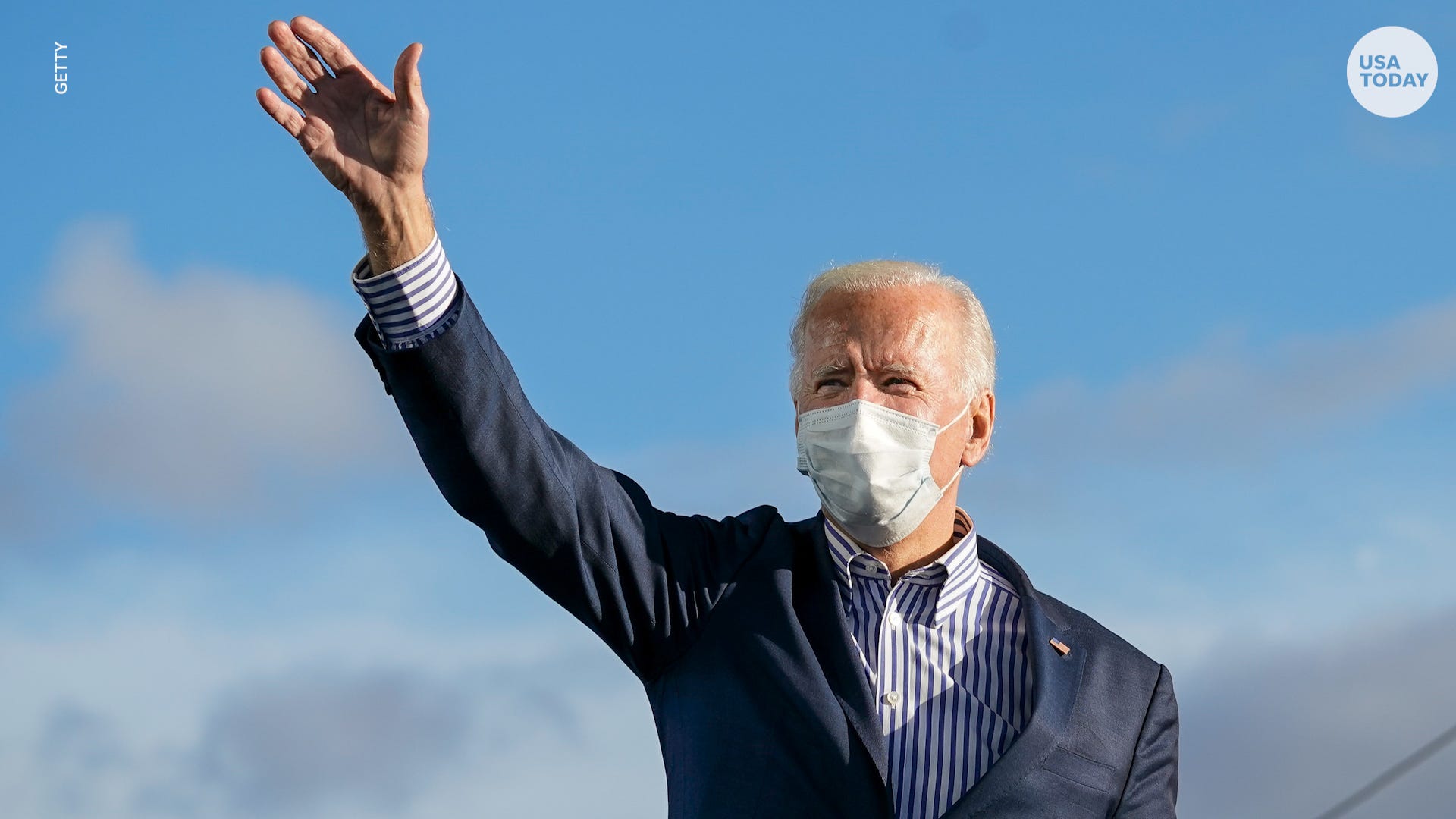 “I just talked to the President-elect of the United States, Joe Biden,” Bush, a Republican, said in a statement Sunday. “I extended my warm congratulations and thanked him for the patriotic message he delivered last night.”

Bush said he also called Harris to congratulate her on her historic election as vice president.

“Though we have political differences, I know Joe Biden to be a good man, who has won his opportunity to lead and unify our country,” Bush said. “The president-elect reiterated that while he ran as a Democrat, he will govern for all Americans. I offered him the same thing I offered Presidents Trump and Obama: my prayers for his success, and my pledge to help in any way I can.”

The only living former Republican president also congratulated President Donald Trump and his supporters “on a hard-fought campaign.”

“He earned the votes of more than 70 million Americans – an extraordinary political achievement,” Bush said. “They have spoken, and their voices will continue to be heard through elected Republicans at every level of government.

Bush said Trump “has the right to request recounts and pursue legal challenges, and any unresolved issues will be properly adjudicated. The American people can have confidence that this election was fundamentally fair, its integrity will be upheld, and its outcome is clear.”

The 74-year-old president has remained largely out of the public eye since he left office but has appeared at odds with Trump over the last four years.

In 2016, Bush revealed he and his wife did not cast a ballot for Trump nor his Democratic challenger Hillary Clinton. Bush has not said who he voted for in this year’s election but he did not offer public support of Trump.

Trump has repeatedly assailed Bush over his record, including the decision to go war in Iraq.

Bush’s brother, former Florida Gov. Jeb Bush, ran against Trump in an unsuccessful bid for the Republican presidential nominee in 2016. The once-perceived frontrunner failed to break through in the GOP race, particularly after Trump began calling him “low-energy.”

Jeb Bush was one of the first prominent Republicans to weigh in on Biden and Harris’ win, tweeting that he would be “praying for you and your success.”

“Congratulations to President-elect Biden. I have prayed for our President most of my adult life. I will be praying for you and your success,” he tweeted. “Now is the time to heal deep wounds. Many are counting on you to lead the way.”

Congratulations to President-elect Biden. I have prayed for our President most of my adult life. I will be praying for you and your success. Now is the time to heal deep wounds. Many are counting on you to lead the way. 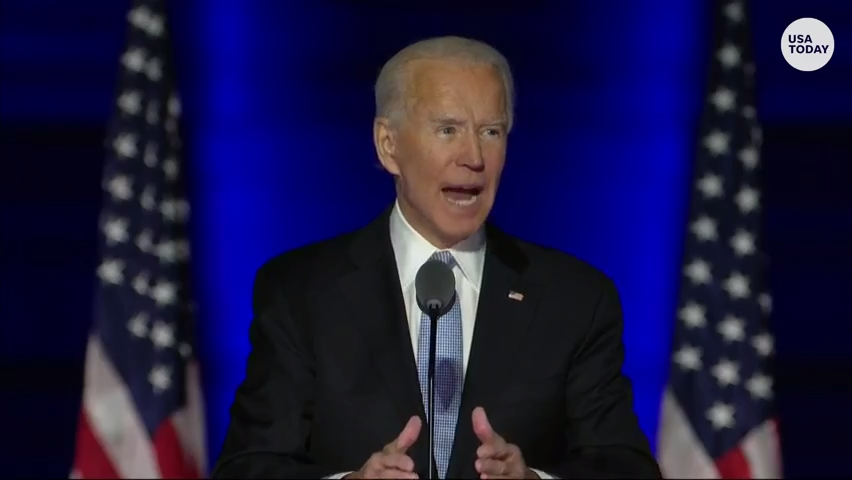 Joe Biden calls for unity in first address as President-elect

In first address since securing the presidency, Joe Biden called for unity between all Americans.

Earlier this year a group of at least 200 former George W. Bush administration and campaign officials launched a super PAC called “43 Alumni for Biden,” declaring it was “time to take a stand.”

The group, which is not directly affiliated with Bush, offered a congratulatory statement to Biden on Saturday

“As we witnessed, American democracy can be complex, but it works. We look forward to President-Elect Biden uniting our nation through honor, integrity and empathy, as he addresses our nation’s challenges both at home and abroad.”

Will Trump concede?If Trump refuses to concede, he’ll break more than a century of tradition

Sen. Mitt Romney, the 2012 Republican standard bearer and a vocal Trump critic, described Biden and Harris as “people of good will and admirable character.”

“We pray that God may bless them in the days and years ahead,” he said in a statement.

Romney announced earlier this year that he did not plan to vote for Trump and was the only Republican to cast a vote against the president during his impeachment proceedings.

Trump has yet to concede and has vowed to continue legal challenges to the race. 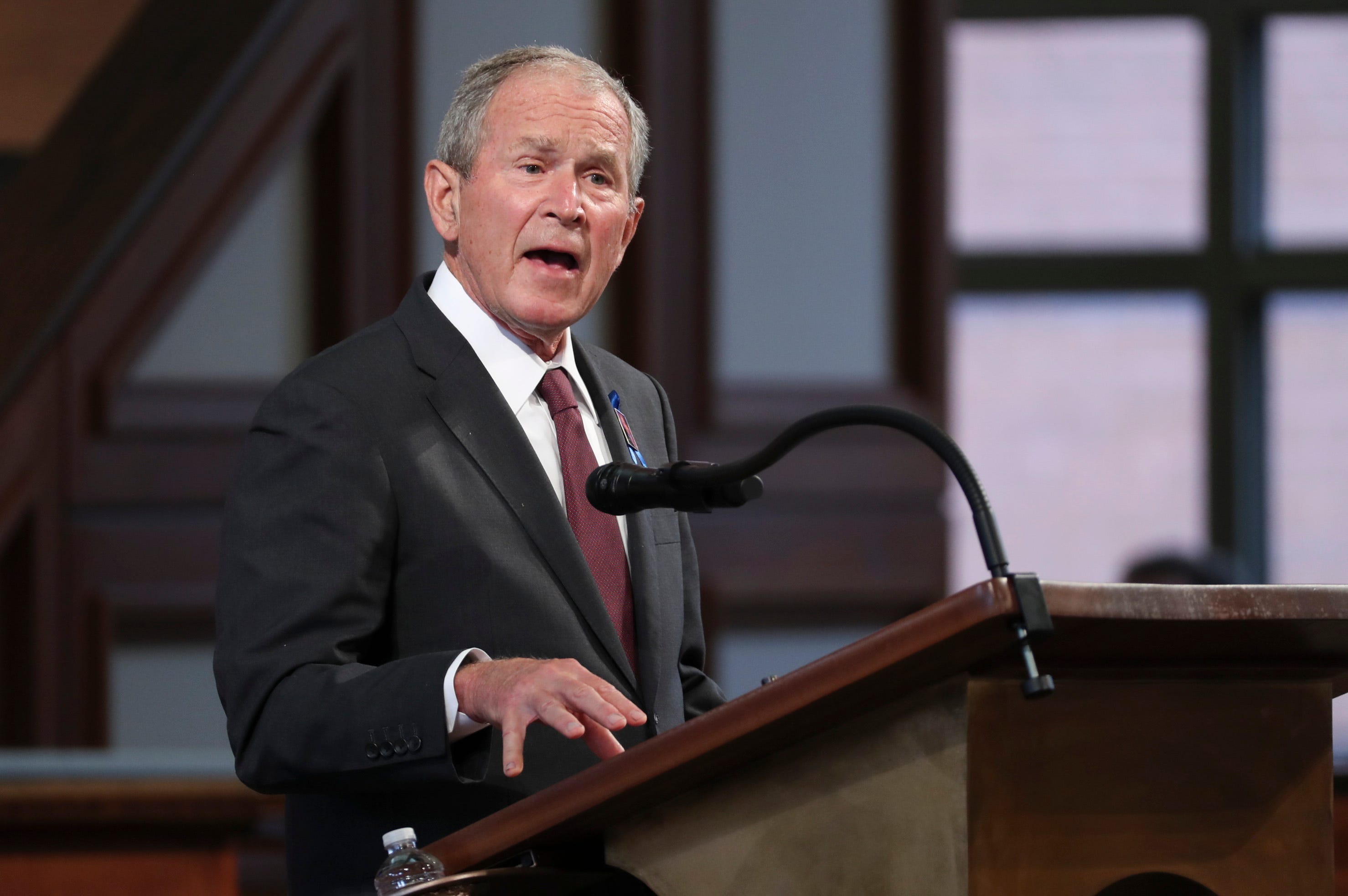