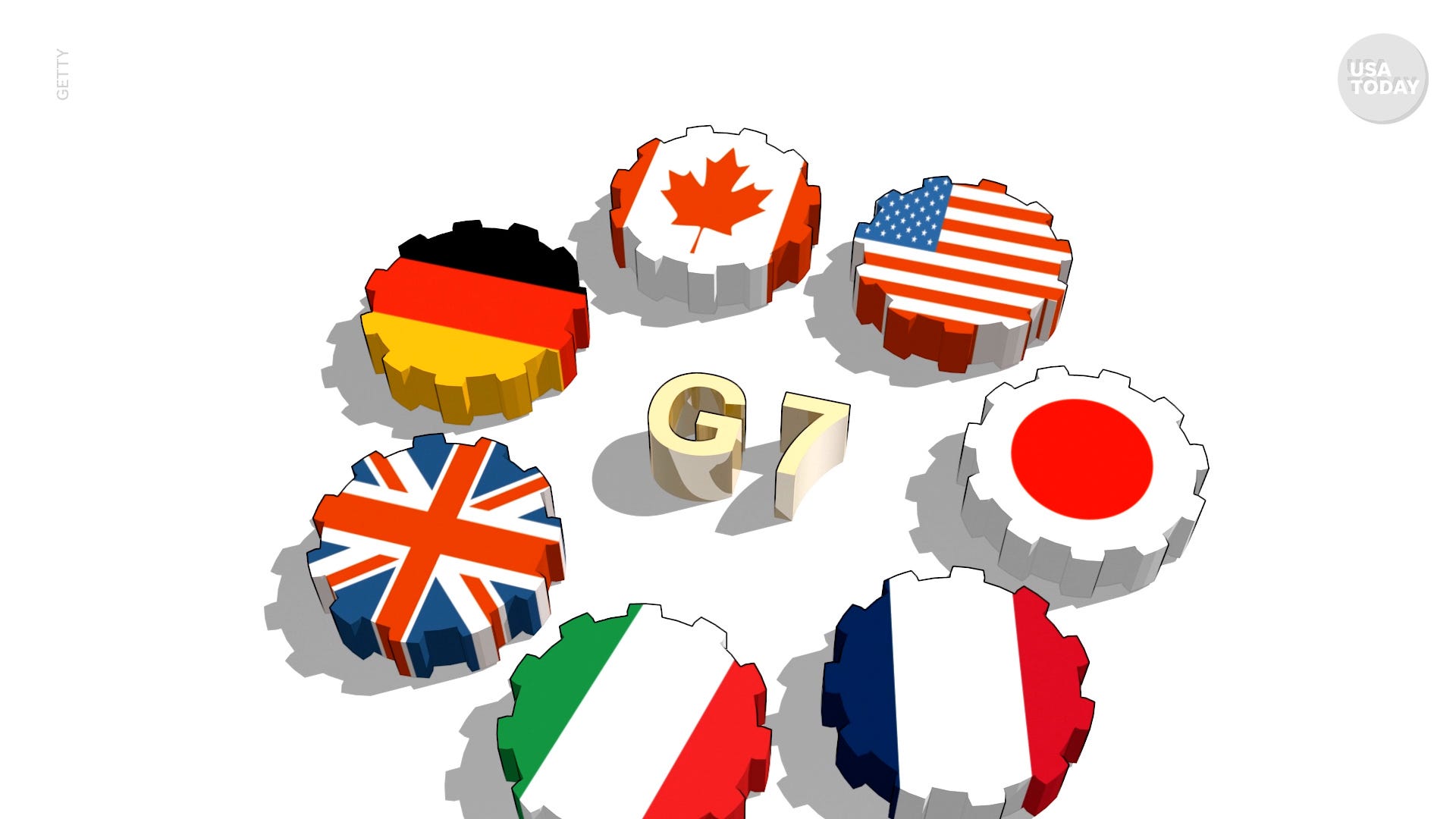 G7 summit: What is it about and who is part of the ‘Group of Seven?’

FALMOUTH, England – Leaders from some of the world’s wealthiest nations were gathering Friday for their first in person meetings since the start of the coronavirus pandemic. The Group of Seven summit in Cornwall, England, runs through Sunday. Talks encompass measures to globally distribute COVID-19 vaccines, climate change and shared security concerns from cyberattacks to China’s geopolitical rise.

Here’s how day one of the G-7 is shaping up:

A global economy, but fairer

President Joe Biden and the leaders of Britain, Canada, France, Germany, Italy and Japan are expected to endorse a plan to ensure a global minimum corporate tax rate of at least 15%. This is to prevent large companies such as Amazon and Apple from paying little-to-no-tax on their overseas earnings. Biden has characterized the initiative as an illustration of how his administration is seeking to protect the interests of the American middle class. He wants to use the tax revenue to invest in infrastructure projects.

More vaccines for everybody else

The U.S. and U.K. have some of the highest coronavirus vaccination rates in the world. British Prime Minister Boris Johnson has said G-7 leaders in Cornwall will be asked this week to donate 1 billion vaccines in total to poorer countries over the next year. On Friday, there will be more discussion on how to meet that goal after Biden ahead of the summit pledged to donate 500 million doses of Pfizer’s coronavirus vaccine to nearly 100 lower income countries and the African Union. And Johnson said his country would gift more than 100 million doses, likely of the Oxford-AstraZeneca vaccine.

Who said soft power isn’t a thing? Queen Elizabeth II and other senior members of the British royal family will be dispatched to the G-7 summit Friday in a reflection of the important diplomatic role the royal family often plays for Britain. The queen will be joined by Prince Charles, Prince William, the Duchess of Cornwall and Duchess of Cambridge for events at the Eden Project, a climate and biodiversity complex in Cornwall. On Sunday, the queen will host Biden and first lady Jill Biden at Windsor Castle. The queen has met 12 out of 14 serving U.S. presidents during her nearly 70-year reign.

No international summit would be complete without the traditional family photo of world leaders. This picture is on the agenda today, in the late afternoon. The family photo can sometimes given an indication of latent or developing tensions between dominant personalities, or simply give an insight into something more mundane. For example, how tall a world leader is compared to his or her counterparts. The many photos of former President Donald Trump captured at the various summits he attended during his presidency invariably show him appearing to look dissatisfied or at odds with other leaders, as was often the case. Expect Biden to crack a broad smile.

The G-7 summit is first and foremost an opportunity to demonstrate global leadership on the pressing issues of the day. However, for the president and prime ministers it’s also a pretty good excuse to eat well. Here’s the fare Biden et al will be served up tonight, cooked by Chef Emily Scott from Cornwall’s Watergate Bay hotel:

Main course: Turbot roasted on the bone (caught off the Cornish coast by a fisherman from nearby Newquay) with Cornish new potatoes and wild garlic pesto with greens from the local Padstow kitchen gardens

2021-06-11
Previous Post: Biden wants the world to know America is back. Can he bring the West with it?
Next Post: Photos show Chinese rover on dusty, rocky Martian surface