‘He shouldn’t be dead’: A year after a father’s COVID death, a family confronts their loss 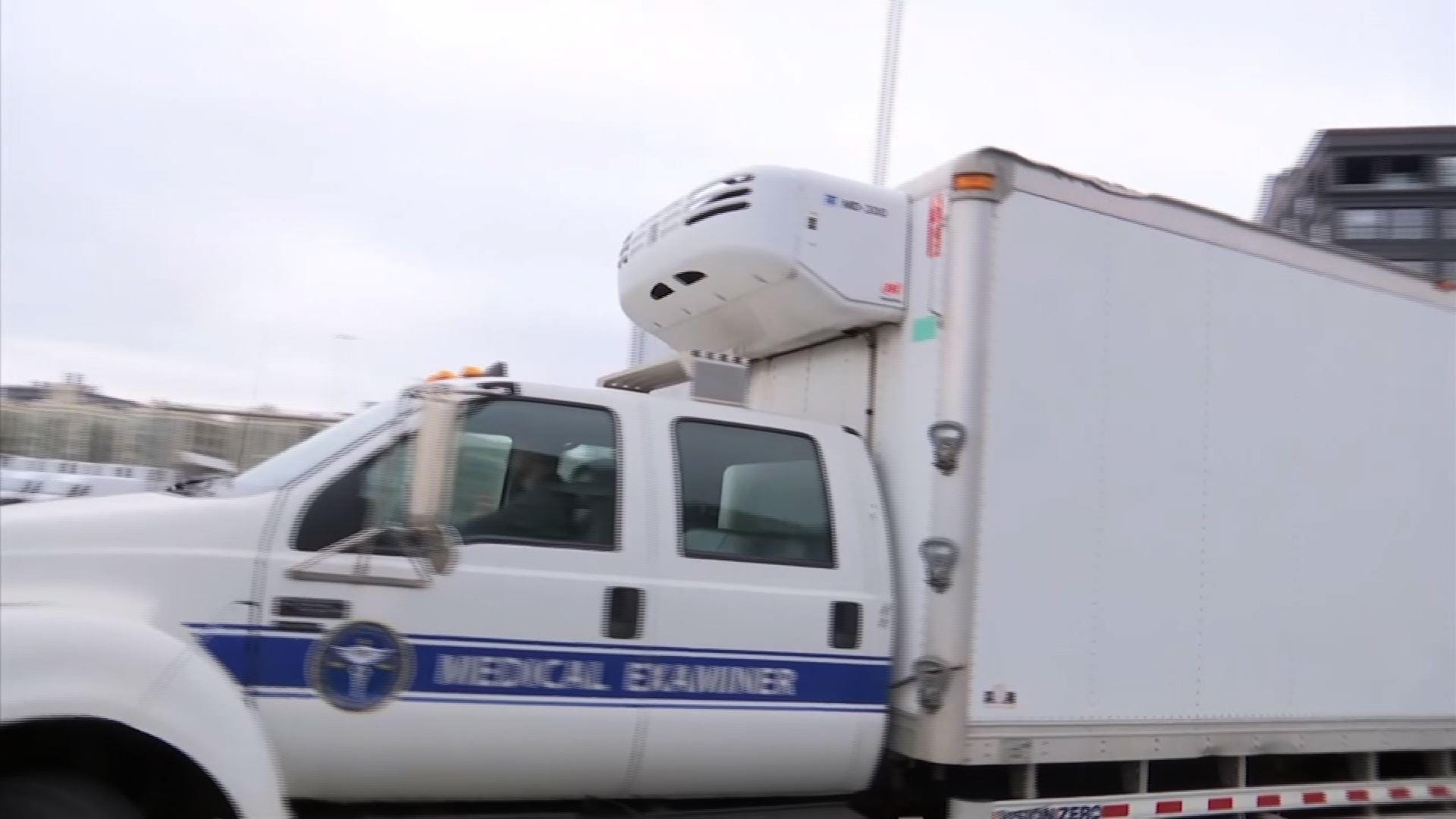 A new report finds that life expectancy in U.S. dropped a staggering one year during the first half of 2020 as the coronavirus pandemic caused its first wave of deaths. Minorities suffered the biggest impact­. (Feb 18)

Day after day, Abby Adair Reinhard slumped out of her home office around dinnertime, her father’s abrupt COVID-19 death still fresh in her mind. Working to keep her flooring business afloat and worried about her mother’s health, she had little time for her three young kids.

“I would come out see my kids and think, ‘oh, good, at least they are all still alive,” she said. “And that’s horrible to admit.”

Reinhard’s father, who passed away in April, was among the first Americans to die of what at the time was a new virus sweeping the nation. Donald Adair, 76, had gone into the hospital after a fall and caught the virus from his hospital bed.

For agonizing hours, Reinhard, 42, and her three siblings listened to his labored breathing as he slowly weakened and died, one of about 1,500 Americans who passed away on April 6.

Daily deaths from the infection are now roughly twice that, and now nearly 500,000 have died, many of them alone in hospital beds following anguished, labored phone calls to family members.

Ten months after her father’s death, Reinhard and her family in Rochester, New York, are still struggling with their loss— and the loss of the community she once thought she could count on. While most people lift up her family, there are still some who unleash stabbing pain as they ask, “how old was he? Did he have underlying health conditions?”

“It’s like, how does that even matter?” Reinhard said, anger rising in her voice. “Does that make it OK that he died? He’s dead. He shouldn’t be dead.”

Across the country, the virus has reshaped daily life, from the low-paid workers forced to remain on the job so they can feed their families and keep their healthcare, to the middle-class families who’ve suddenly had to home-school their children, cancel vacations and skip Thanksgiving dinners with loved ones.

Tens of millions of families face eviction, and as many as 10 million remain unemployed as restaurants limp along, hair salons operate under heavy restrictions and small businesses remain shuttered, many permanently. The virus has hit poor and marginalized communities the hardest: Coronavirus deaths for people of color are 1.2 to 3.6 times higher than for white Americans.

Like most families, Reinhard’s has battled through school closures and mask mandates, each day weighing personal safety against some semblance of normality. The kids went back to virtual school in early September under the supervision of a daily sitter, and twice a week Reinhard’s mom, a retired teacher, comes in to help with their schoolwork.

The routine helps. But very little is normal.

Anxiety. Nightmares. The ever-present smell of hand sanitizer. Fingernails jammed into the side of her thumb. Rushing past unmasked people at the dentist’s office. Five extra pounds from all the extra desserts.

Even photos of her smiling family shared on Facebook feel misleading, she said.

“I feel like I’ve been going through this process of healing with a wound that keeps getting ripped open again,” she said. “Being OK with not being OK was a big step for me. I know that I’m not my best self.”

Compounding her anguish, her kids are missing out on a normal childhood. Day after day, they sit at home with little outside interaction, their isolation the price her family pays to help slow the pandemic’s spread. Reinhard acknowledges that many Americans have chosen to ignore public health recommendations, which means they’re living far more normal lives.

“My youngest, the other day, she said, ‘I don’t have a best friend. I don’t have friends,'” Reinhard said. “They haven’t played with other children since March. I know other families have, but we’ve chosen not to do that. And that’s a big deal. A year in the life of a young kid is such an eternity.”

The days follow a grindingly familiar pattern: The kids do online school while Reinhard runs from her home office her flooring company, which has expanded to provide facility virus-disinfection services. Reinhard gave up her office at company HQ so the workers who have to go in have safe places to sit.

She journals and occasionally writes, including a pre-election poem about the power of voting. She trades texts with her siblings, all of them still stunned by their father’s death. In a rare treat, she and her husband, Josh, celebrated their 10-year wedding anniversary in August by renewing their vows and eating dinner alone on an outside patio.

For a few years before his death, Reinhard and her father were not as close as she would have wanted. She had worked to mend that in the months before his unexpected passing. She’s thankful every day for making that effort.

“If I hadn’t done that, I would be living with so much more pain and regret now that he’s gone,” she said. “Recently I’ve been working on forgiving myself and others every chance I get. I’ve been angry with those who haven’t taken COVID seriously, and I’ve been mad at myself for struggling with anxiety. When I can forgive, it frees up space inside of me.”

Reinhard knows her family has it better than many. They’ve got a roof over their head, and their business is getting through. They can afford to put food on the table, and even manage to celebrate holidays by pretending they’ve traveled to Las Vegas, putting up a fake skyline and posing for photos.

“From a tactical perspective, I don’t get out much. The real visceral sense I could lose my other parent heightens our need to be cautious,” she said. “I appreciate the small things more now, too. It’s cliche but true, and it’s important that I keep that going post-COVID.”

That’s why her encounters with COVID-deniers still stop her cold. Even after all the deaths, the hospitalizations, the trauma of seeing family members and loved ones vanish, people still act as if the virus is some sort of hoax, or a political maneuver. Her brother, Tom, even posted their dad’s death certificate on Facebook showing his cause of death: respiratory failure caused by COVID-19.

“I don’t advocate for living in fear, but I do advocate caring for other people,” Reinhard said. “To have people in my life, who know what we went through, to not take it seriously? For a lot of others, it wasn’t until they lost somebody that is was real, and if they haven’t lost anyone, well, it still isn’t.”

Reinhard’s mom got vaccinated in early February, raising her hopes that the nation’s doctors and scientists are turning the tide. She’s not sure when life will return to normal in Rochester, but she’s hopeful things will be safer by the fall, when her kids might go back to in-person classes.

She thinks a lot about how the pandemic has exposed some uncomfortable truths about how we live our lives. For her part, she’s thankful for the opportunity to grow closer to family, but is wondering what the long-term impacts will be on communities following the bitter disputes about safety and wearing masks.

“I think core to the identity of our nation is this idea of rugged individualism. That worked well for us for two centuries. But now we are all so connected— what’s good for the group is also good for the individual,” she said. “For us, staying safe is about keeping Grammy safe.” 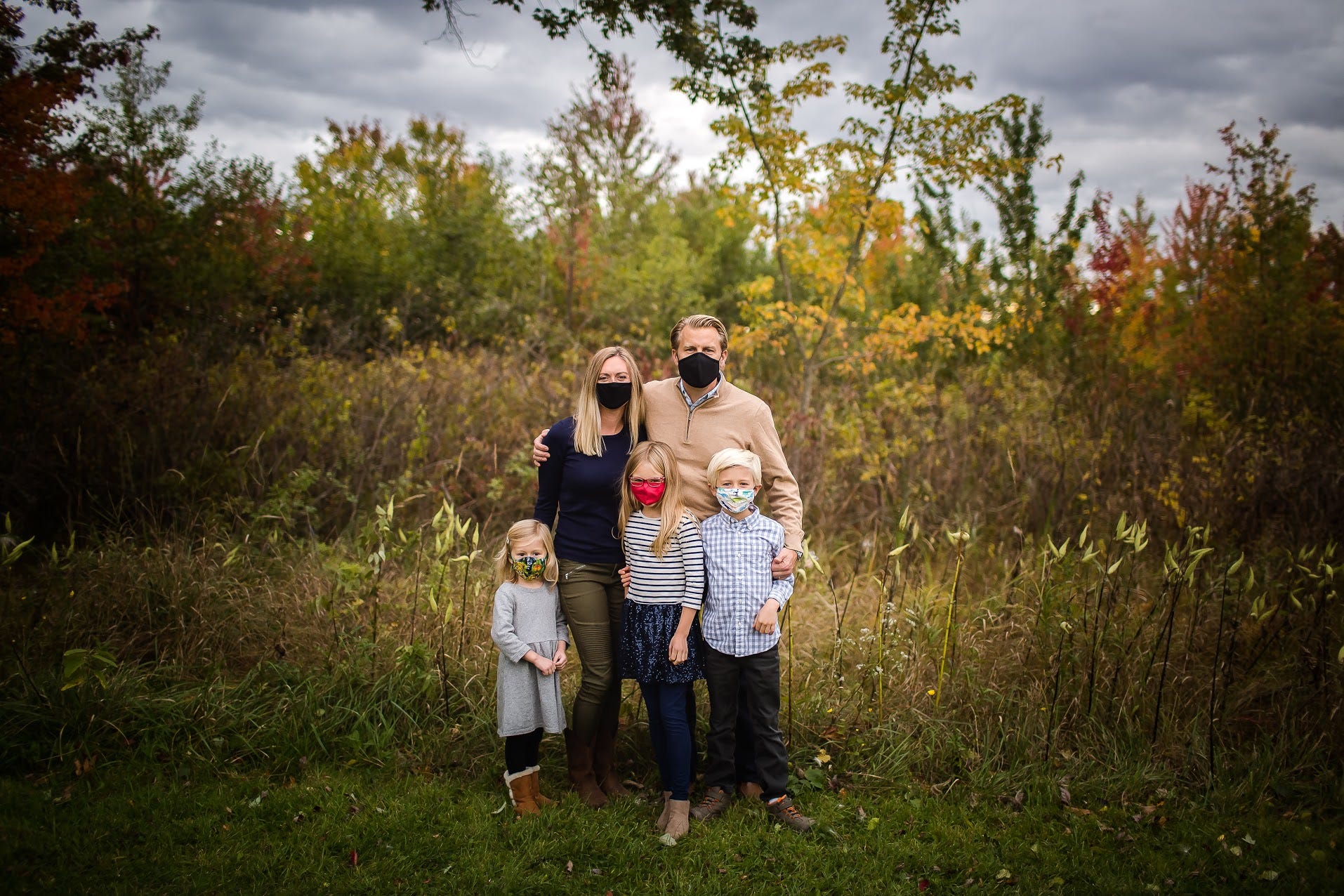 2021-02-20
Previous Post: Other factors affecting health
Next Post: Biden doesn’t want to cozy up to Saudi crown prince. Freezing him out may not work either.