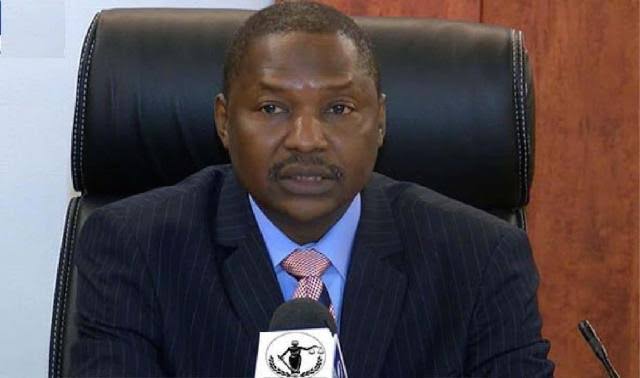 The Attorney General of the Federation (AGF) and Minister of Justice, Abubakar Malami (SAN) on Wednesday said he did not file any suit on the citizenship or otherwise of former Vice President Atiku Abubakar.

Malami, in a statement by his media aide, Dr Umar Gwandu, said he has never filled any case before any court in the country challenging Atiku”s citizenship.

According to the statement, the matter in contention was part of the 2019 pre-election matters instituted by a Civil Society Organization – the Incorporated Trustees of Egalitarian Mission for Africa (EMA) in suit no: FHC/ABJ/CS/177/2019 in respect of which Alhaji Atiku Abubakar, Peoples Democratic Party (PDP), Independent National Electoral Commission (INEC) and the Office of the Honourable Attorney General of the Federation was made a co-defendant.

“The issue had already been widely reported by the media since April 2019. It is unfortunate that stale news stories capable of causing confusion are repackaged and presented to the general public as current news”, the statement pointed out.

The AGF was reported on Tuesday to have told a Federal High Court in Abuja, in an affidavit that Atiku is not qualified to contest the office of the president of the country on the ground that he (Atiku) is not born a Nigerian or by Nigerian parents.

The AGF was said to have further argued that the former Vice President is not eligible on the ground that he failed to meet the provisions of Sections 25(1) &(2) and 131(a) of the constitution and would be violating Section 118(1)(k) of the Electoral Act if he put himself forward as a candidate.

The AGF’s argument was contained in an affidavit in support of the suit filed by a group, Incorporated Trustees of Egalitarian Mission for Africa (EMA), challenging Atiku’s eligibility to contest for President and praying the court to hold among others, that considering the provisions of sections 25(1) &(2) and 131(a) of the constitution and the circumstances surrounding his birth, Atiku cannot run for the Presidency of the country.

The suit, which was filed before the 2019 presidential election, is yet to be heard and determined but was however mentioned on March 15, 2021, during which the trial judge, Justice Inyang Ekwo fixed May 4, for hearing.