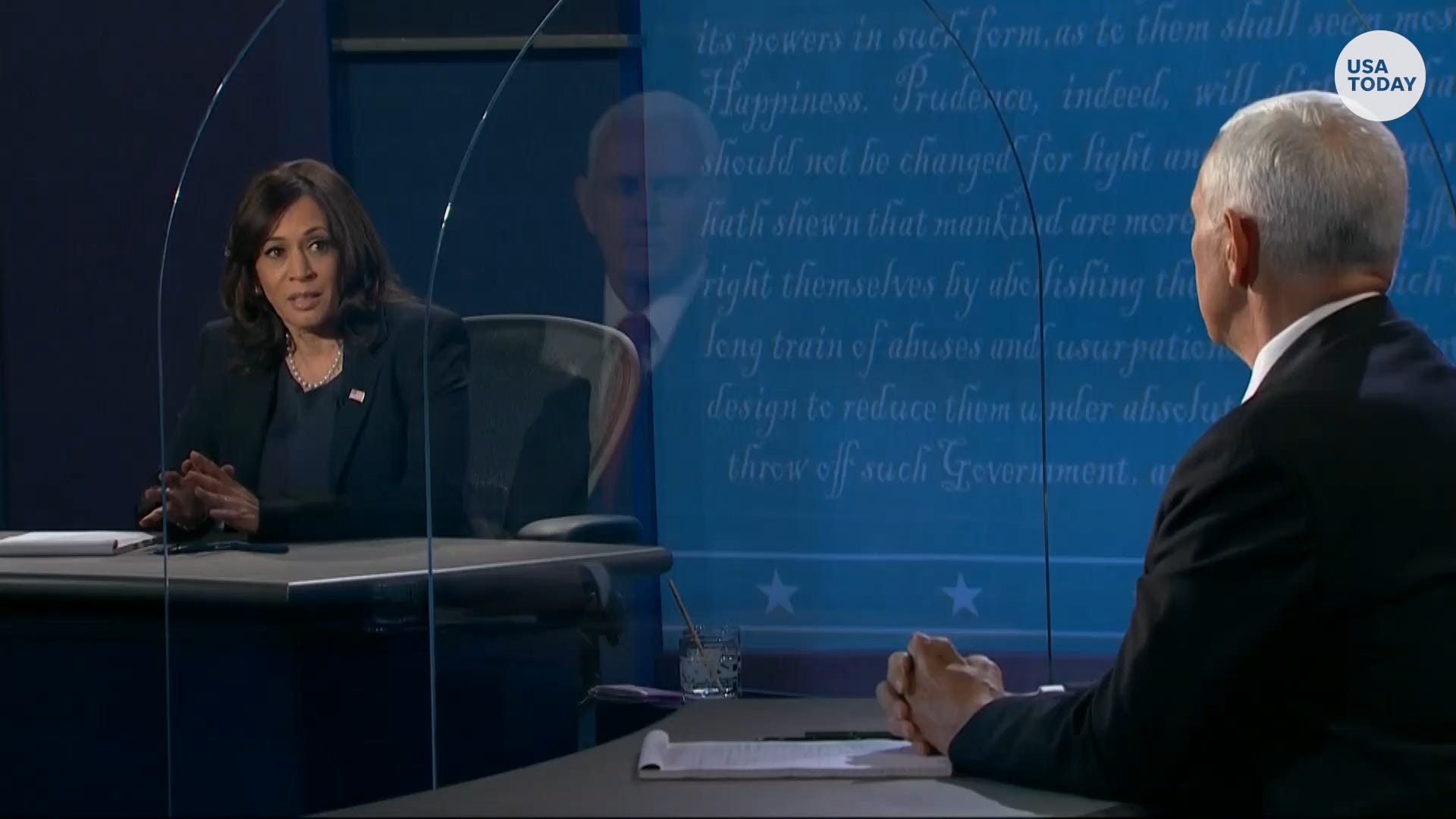 The moments served as some of the biggest clashes between the candidates, moments displayed through their body language, which included eye rolls, head shaking and sly smiles.

At one point as the candidates were discussing the Supreme Court, Pence looked over at Harris directly, faced her and repeatedly asked whether the Biden administration would add additional justices to the Supreme Court.

Harris smiled, flipped her hair and put her hands beneath her chin as Pence outlined that Democratic presidential nominee Joe Biden has evaded the question.

Pence looked over at Harris after he was done, and offered a sly smile.

At another point in the debate, Harris took on Trump sidestepping a call at the first presidential debate to condemn white supremacists, though the president later did so.

She bobbed her head and waved her hands, emphasizing Trump’s words to the Proud Boys, a far right group, that they should “stand back and stand by.”

During her remarks chronicling Trump’s controversial comments over the years about white supremacy and race, Pence repeatedly shook his head and jotted down notes. At one point, he muttered “not true.”

Harris looked Pence in the eye, through the two sheets of plexiglas that separated them, and said “this is a part of a pattern of Donald Trump’s.” Pence raised his eyebrows and continued to listen.

When Harris finished, Pence smiled and said the president had repeatedly condemned such groups.

More: Donald Trump sidesteps call to condemn white supremacists — and the Proud Boys were ‘extremely excited’ about it 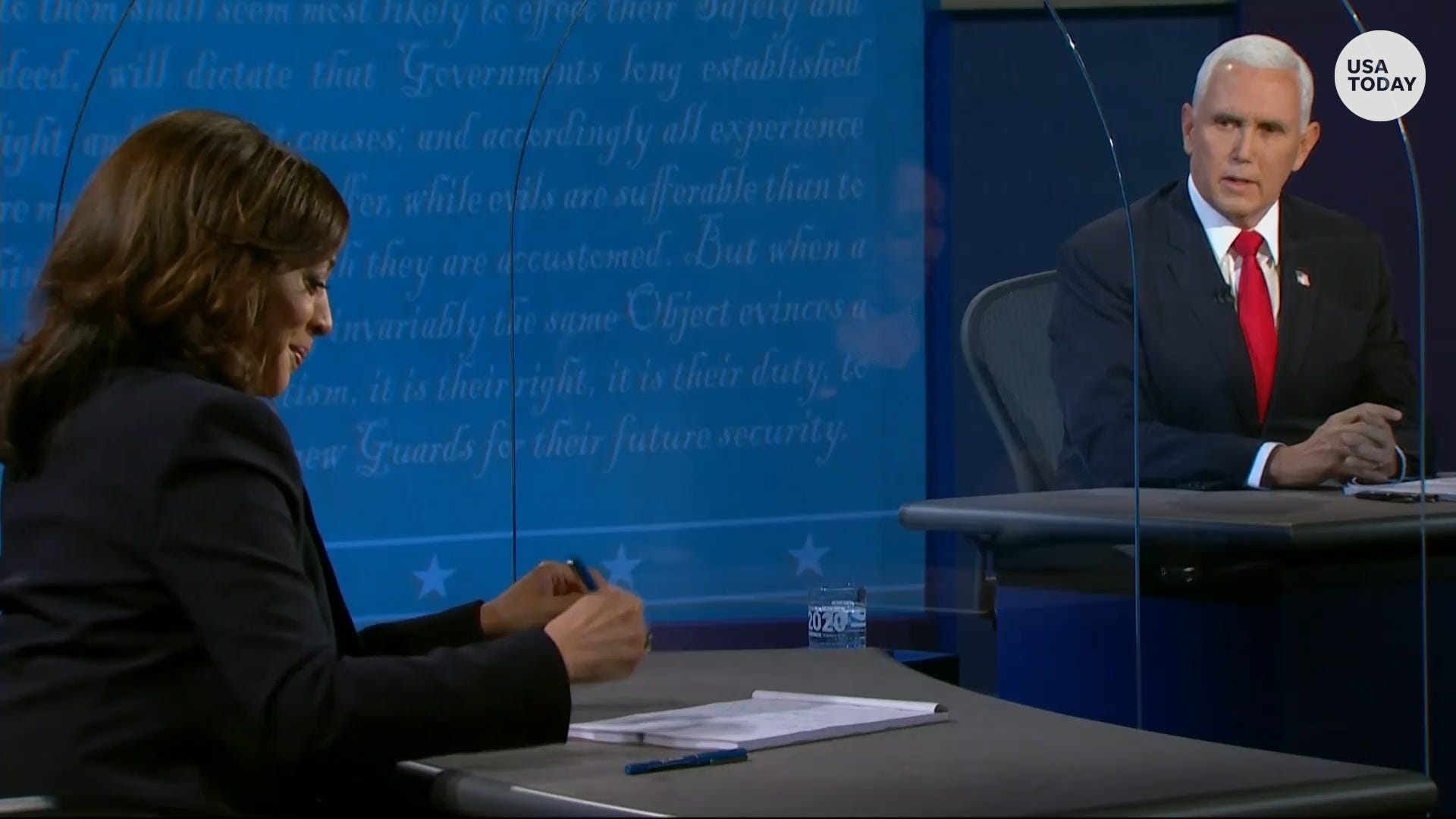