‘Imagine saying to a room full of Black people: It’s too hard for me to watch that trial’ 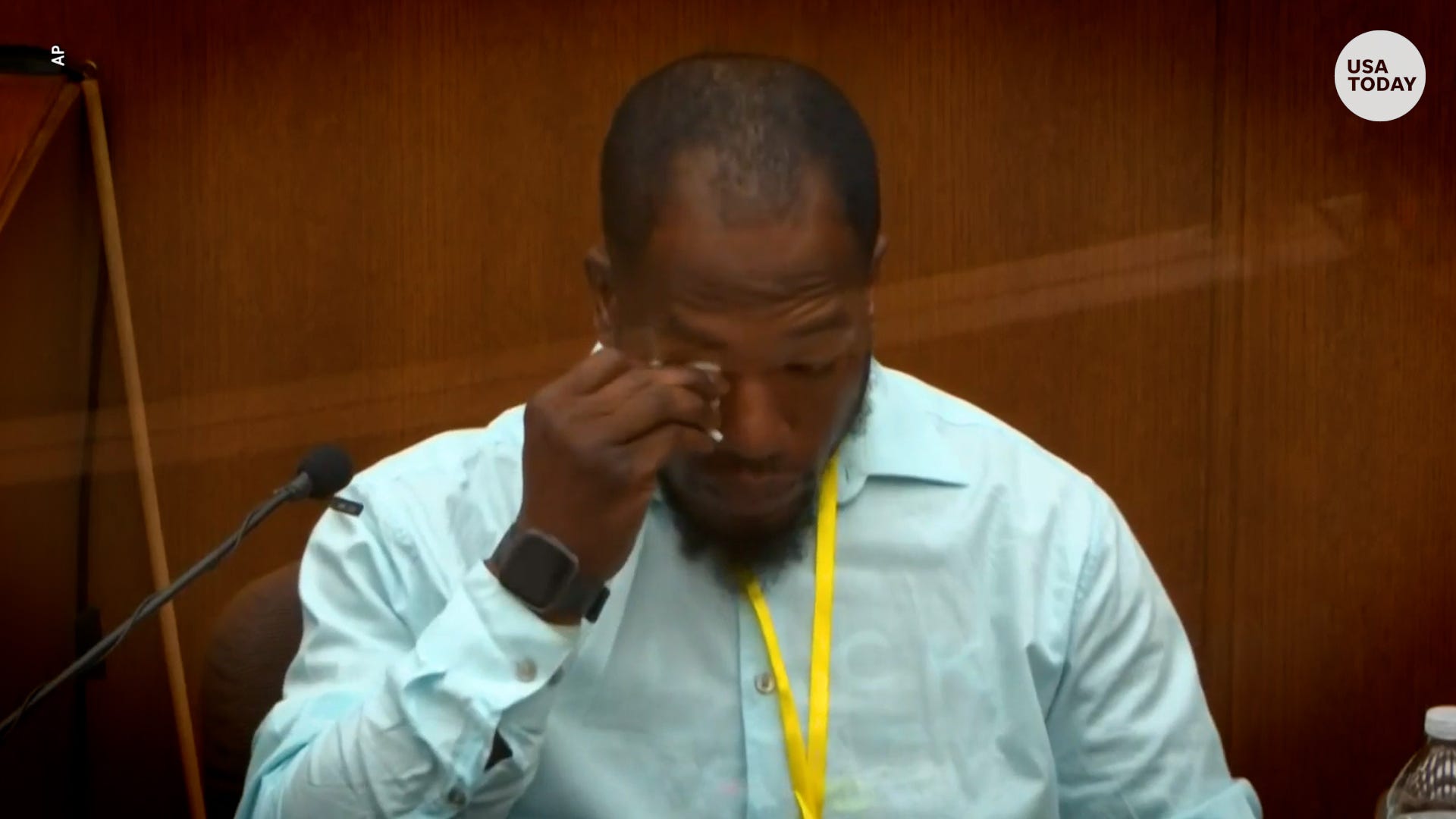 Witnesses, many of whom were minors at the time, said they wished they could’ve intervened as Derek Chauvin pressed his knee into George Floyd’s neck.

During the Derek Chauvin trial, the media has fixated on how these weeks are retraumatizing Black Americans. It has focused much less on what some experts on race argue is the trial’s more crucial audience: white Americans.

Chauvin, a white ex-Minneapolis police officer, is charged with killing George Floyd by holding him on the ground with a knee pressed to his neck as he repeatedly said, “I can’t breathe.” Video of his death last summer galvanized protests around the country against racial violence and police brutality. Floyd’s death was not a singular horror, but a tragedy that for people of color triggered the pain of previous losses:  Ahmaud Arbery, Breonna Taylor, Eric Garner, Philando Castile, Trayvon Martin, and many other names the public does not know.

White people don’t have a collective negative history of harm with the police, and experts say the trial can challenge their worldview on concepts such as safety and equity, which is why they shouldn’t turn away.

“It’s a natural tendency to want to avoid things that make us feel bad. That’s human nature and it’s understandable, however, when we move into scenarios or situations with the gravity of police brutality or a trial like this one, it’s not beneficial for anyone to avoid the discomfort that comes with these topics,” said psychotherapist Janel Cubbage. “Seeing videos and images of someone being murdered is going to be distressing for a lot of people. However, that really pales in comparison to the racial trauma that Black Americans are experiencing.”

More: Breonna Taylor has been gone a year. Why we need to talk more about the racial trauma of Black death.

Author Robin DiAngelo coined the term “white fragility” to describe the defensiveness white people display when asked to confront the realities of racism. Avoiding racism, she said, is what perpetuates it.

“Part of building our stamina to engage with the challenges of cross-racial relationships is building the capacity to bear witness. And we haven’t built that capacity to bear witness,” DiAngelo said. “This is why so often when people of color tell us about their pain, we minimize, deny, or otherwise discount that pain, especially if it’s uncomfortable, and even more, when it implicates us. Imagine for a moment saying to a room full of Black people: ‘It’s too hard for me to watch that trial.'”

Think about ‘what those 10 minutes were like for George Floyd’

Humans have a tendency to want to turn away from information that is contrary to their own beliefs and experiences. When something is uncomfortable, people embrace discomfort or retreat, said Kimber Shelton, a licensed psychologist who specializes in treating marginalized communities. In the context of racism, she said it becomes a choice between embracing responsibility and denying it.

“We stay present in those painful moments because that’s somebody truth,” she said. “For white people struggling to sit through that testimony, imagine what those 10 minutes were like for George Floyd.”

Anika Nailah, who conducts social justice workshops, said white people should lean into their discomfort, and try to locate the site of it in their bodies. Is it a tightness in the chest? A stomach in knots? Then try to focus on the emotion connected to it. Ask what story you’re telling that causes that emotion to come up.

“When white people are dealing with that discomfort … they really are in a position where they might be on the precipice of a breakthrough,” she said. “The earth beneath your feet is moving now, so you’re going to be uncomfortable, and that’s a good thing.”

Those who find themselves turning away from the trial can try and imagine what that experience may be like for someone who doesn’t share their identity.

“If I’m this distressed at the trial, at what’s being shared at the trial, and my first reaction is to avoid watching it or engaging with content around it, let me reflect on what that must be like for a Black person,” Cubbage said.

Cubbage had to take time off in the trial’s early days to manage her distress.

“We can turn off the TV. It doesn’t make it any less painful or traumatizing that George Floyd was murdered by law enforcement,” she said.

Experts on race say there’s a price to pay for knowledge. Following the trial is likely to be painful.

“Person A may be able to watch the trial, person B may prefer to read the transcripts, person C might just want to read the live updates that have the key points, but don’t have as much of the distressing information,” Cubbage said.

Experts recommend taking breaks, but encourage people to re-engage when they can. Cubbage said if someone is feeling overwhelmed they should try and limit exposure to social media, and especially to triggering videos or images. They can talk to friends and loved ones who make them feel safe and valued.

“We all have things going on in our lives,” she said. “We may be going through traumatic incidents ourselves. We may have experienced trauma or situations that this trial might bring up for us. And I don’t think that anyone, regardless of their race, should be forcing themselves to watch the trial at the detriment of their own health and wellbeing.”

Watching the Chauvin trial is uncomfortable, but it is also a critical moment in the nation’s history. Some viewers are likely to see the ways in which they’ve been complicit in perpetuating injustice. Many will have to fight the urge to turn away.

“Watching, of course doesn’t change the outcome, but it demonstrates a kind of investment, a willingness to be touched and moved in a way that in our everyday lives, we haven’t been willing to be touched and moved,” DiAngelo said. “We live segregated lives. We don’t know what goes on over there. And we haven’t really cared as long as we didn’t have to see it and as long as it maintained those boundaries that allow us to have the best of everything.” 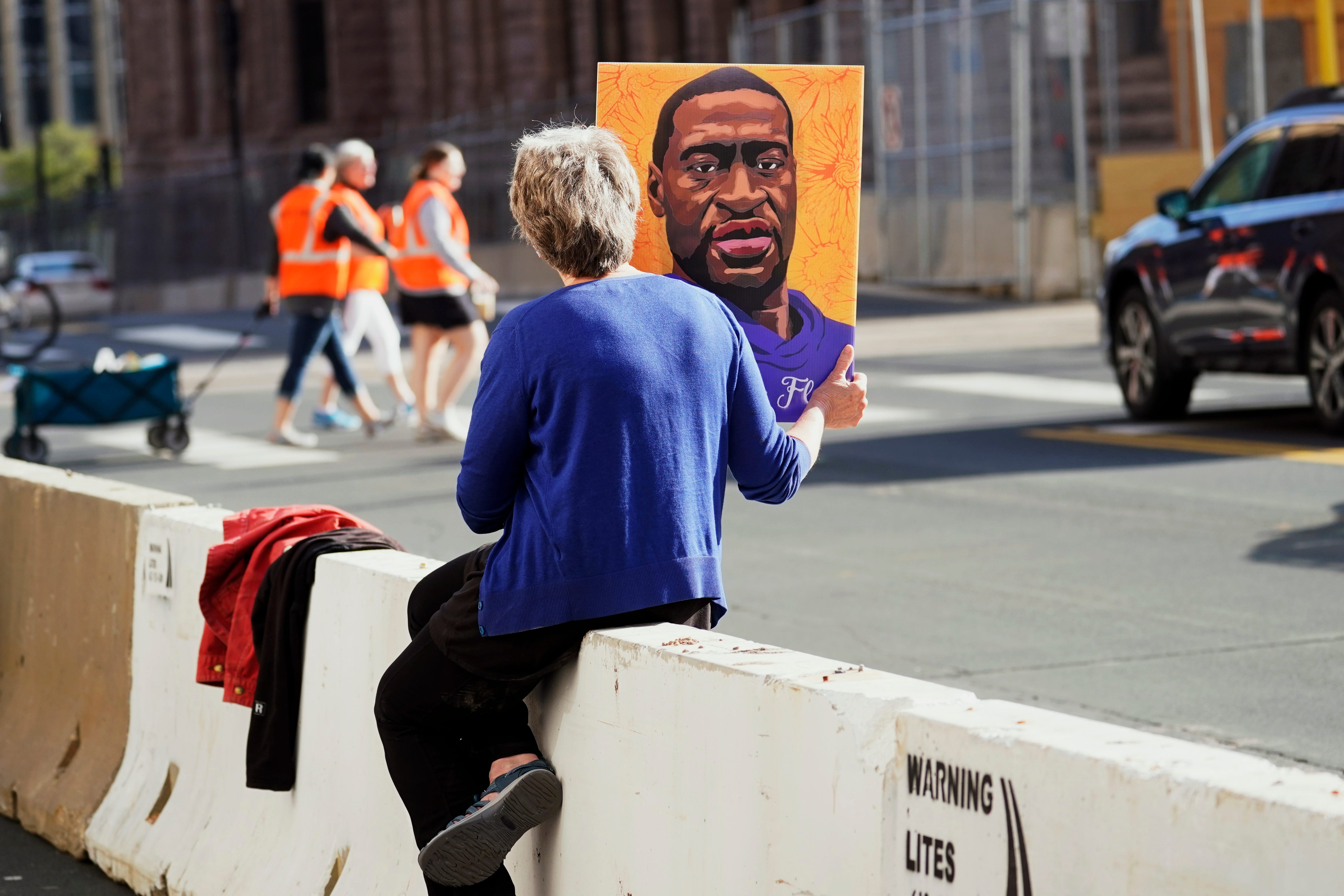