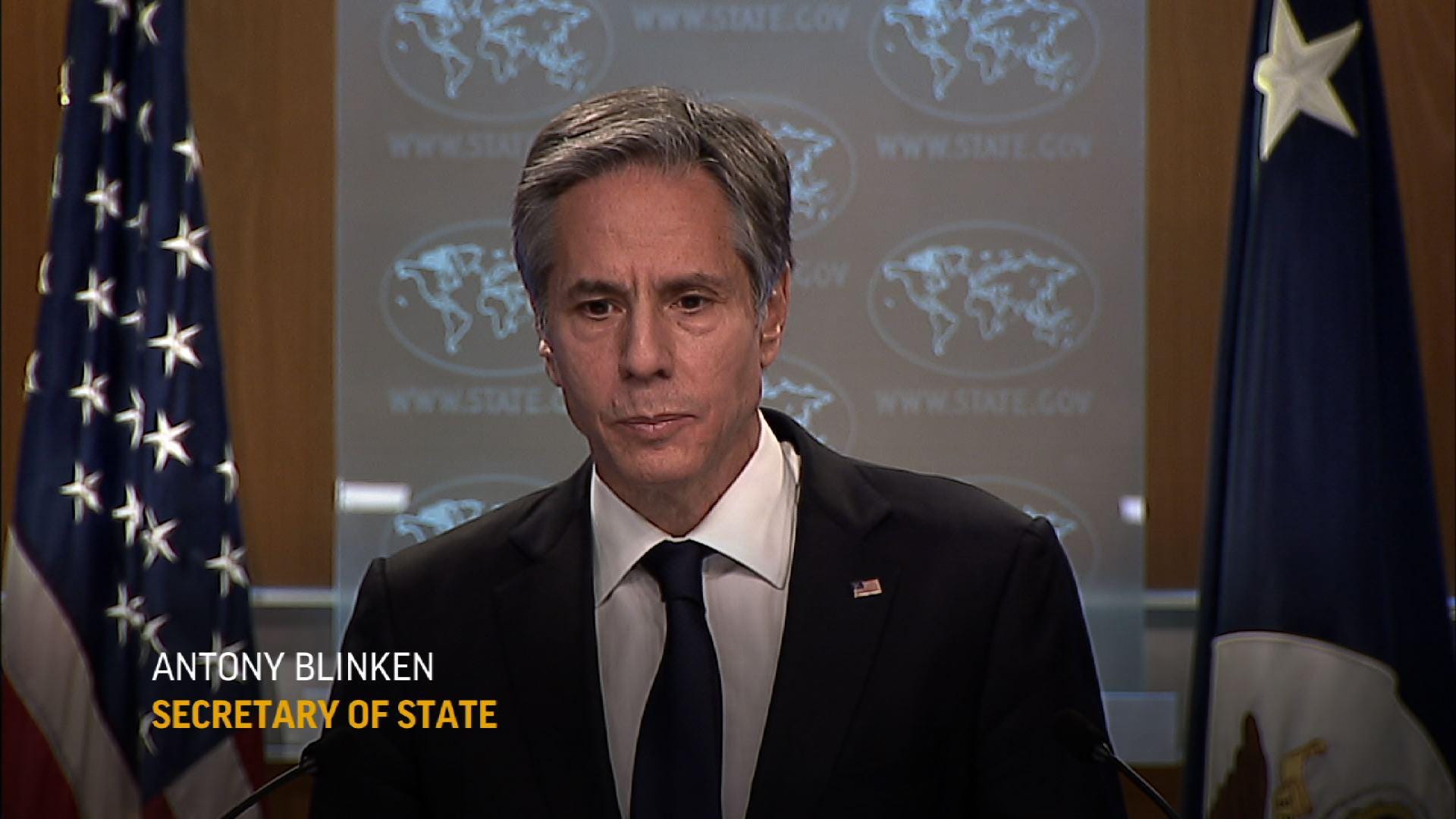 The Biden administration on Wednesday paused or put under review a wide swath of Trump-era foreign policies as America’s new top diplomat took the helm of the State Department including Iran and arms sales in the Middle East. (Jan. 27)

WASHINGTON – The Biden administration said Thursday it would agree to meet with Iran and other world powers involved in negotiating the 2015 nuclear deal, the first public step toward renewed diplomacy with Tehran.

Ned Price, a spokesman for the State Department, said the United States “would accept an invitation” from the European Union’s top diplomat to attend a meeting of the nuclear deal’s original signatories “to discuss a diplomatic way forward on Iran’s nuclear program.”

No meeting has been set yet, but the EU’s high commissioner, Josep Borrell, has indicated he would be willing to invite the parties to engage in talks. The nuclear deal, known as the JCPOA, was negotiated by the U.S. with Iran, China, France, Germany, Russia, the United Kingdom.

A State Department official, briefing reporters on the condition of anonymity, said the U.S. would be represented at the meeting by Biden’s special envoy for Iran, Rob Malley.

Trump withdrew the U.S. from the deal in 2018, saying it didn’t go far enough to curb Iran’s ballistic missile program and its support for terrorist groups in the region.

President Joe Biden has long promised to try to revive the Iran nuclear agreement, and his advisers have said the administration’s first priority would be to prevent Tehran from obtaining a nuclear weapon.

But Biden and his secretary of State, Antony Blinken, have also repeatedly said the U.S. would only rejoin the agreement – and lift crippling sanctions imposed by the Trump administration – if Iran first came back into compliance with the deal.

Iran complied with the deal for months, even as the Trump administration’s sanctions took a toll on its economy. But the regime began to breached the deal’s terms in 2019, enriching uranium at higher levels than set out in the 2015 agreement.

Republicans have pressed the Biden administration to use the U.S. sanctions as leverage to get a broader deal that curbs Iran’s aggressive actions in the region. And they were quick to criticize Thursday’s announcement.

“It is concerning the Biden administration is already making concessions in an apparent attempt to re-enter the flawed Iran deal,” said Rep. Michael McCaul, the top Republican on the House Foreign Affairs Committee.

“We need to secure a better deal that keeps the American people safe from the full range of Iran’s malign threats,” McCaul said in a statement.

The State Department official rejected any suggestion that agreeing to a meeting with Iran was a concession. He said the talks would be the first step toward prodding Iran to return to compliance.

“This is … not in and of itself a breakthrough,” the official told reporters on Thursday. “Until we sit down and talk, nothing’s going to happen … The situation is just going to go from bad to worse.”

The surprise announcement comes just days before a Feb. 21 deadline, set by Iran’s parliament, for a further breach. Tehran vowed to suspend some inspections of its nuclear sites by United Nations nuclear inspectors – a key provision of the accord – and further boost uranium enrichment unless the U.S. moved to rejoin the deal.

It’s not clear if Thursday’s announcement will be enough for Iran to drop its threat to block U.N. inspectors.

“Instead of sophistry & putting onus on Iran,” Zarif wrote on Twitter, the EU must “demand an end to Trump’s legacy of #EconomicTerrorism against Iran.”

” … Remove the cause if you fear the effect,” he added. “We’ll follow ACTION w/ action.” 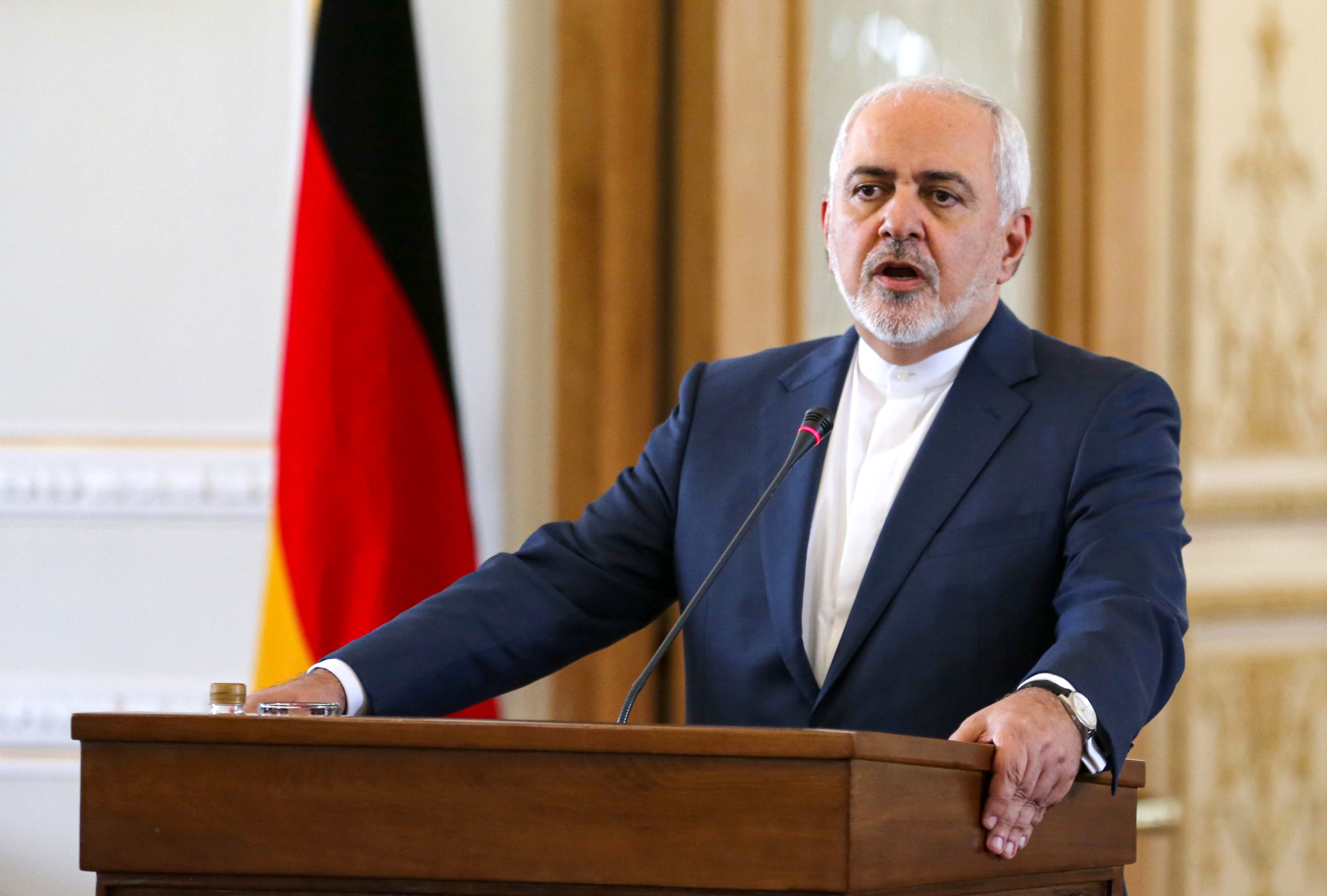