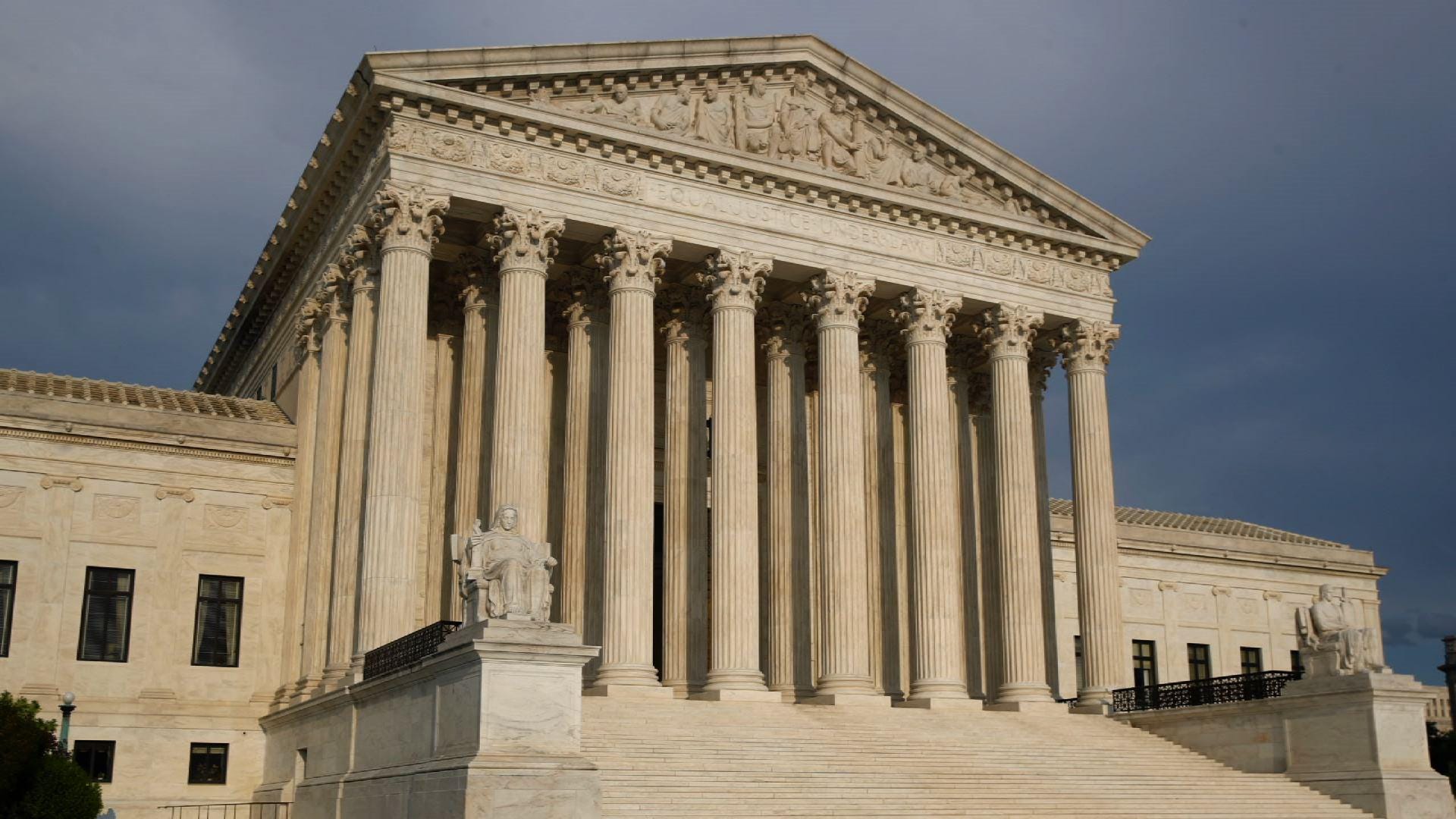 The U.S. Supreme Court has rejected a lawsuit backed by President Donald Trump to overturn Joe Biden’s election victory, ending Trump’s attempt to get legal issues rejected by other judges before the high court. (Dec. 11)

Almost 20 years to the day after it settled one tumultuous presidential election, the Supreme Court did it again.

In 2000, a closely divided high court took action, stopping a recount in Florida and effectively awarding the White House to George W. Bush. In 2020 — just one day short of the Dec. 12 anniversary of the Bush v. Gore decision — a more united court refused to take action, rejecting a lawsuit by Texas aimed at throwing out the election results in four battleground states.

With that, efforts to deny Joe Biden’s election were essentially vanquished. On Monday, electors meeting in state capitols are poised to affirm that.

But in this case, unlike two decades ago, the losing candidate and his supporters are vowing defiance rather than acceptance. Pro-Trump protesters marched on the streets of Washington Saturday, chanting “Four More Years!”, and one GOP official suggested more drastic action.

The refusal to acknowledge the election’s outcome will create additional hurdles for Biden when he is inaugurated on Jan. 20, already a president assuming office at a time of crises. Besides a deadly pandemic and a roiled economy, Biden will have to deal with this: One-third of Americans in a new Quinnipiac University poll said he didn’t legitimately win the Oval Office, including a stunning 70% of Republicans.

A majority of GOP lawmakers in the House of Representatives signed on to the Texas lawsuit, though even conservative legal scholars called it an outlandish effort to overturn a democratic election because the litigants didn’t like the outcome.

With the Democratic majority in the House cut to single digits, those are legislators whose support the Biden administration at times may well need.

What’s more, the willingness to dispute the clear results of an election, and the attacks on the election process itself as fraudulent, could undermine the nation’s fundamental faith in the democratic process and the peaceful transfer of power. Some scholars have likened the threat to that seen in other countries that embraced authoritarian leaders.

These countries quietly slid into authoritarianism: Should the US be concerned under Trump?

That isn’t to say the 2000 election was a golden moment of national comity. Disgruntled Democrats noted that George Bush’s father had appointed two of the Supreme Court justices who ruled on his son’s case, and that his brother happened to be governor of Florida, the state in dispute. Al Gore had indisputably carried the popular vote.

Even so, 80% of Americans, including 61% of Gore supporters, said in a USA TODAY/CNN/Gallup Poll taken the day after the court decision that they would accept Bush as the legitimate president.

Hours after that decisive Supreme Court decision, Gore had conceded the election. “I say to President-elect Bush that what remains of partisan rancor must now be put aside, and may God bless his stewardship of this country,” he said.

That was not Trump’s reaction to this year’s court decision. Instead, he cheered on the protesters gathered a few blocks from the White House. “Wow!,” he tweeted. “Thousands of people forming in Washington (D.C.) for Stop the Steal.”

His supporters waved American flags and Trump campaign banners. “There are still avenues,” Michael Flynn, the disgraced former national security adviser who was pardoned by Trump last month, assured the crowd. “We’re fighting with faith and we’re fighting with courage.”

Instead of attending his successor’s inauguration, as is traditional, NBC News has reported that Trump has discussed the possibility of holding a campaign-style rally on the day Biden takes the oath of office. That ultimate bit of political counter-programming could mark the launch of his 2024 campaign.

To be clear, that doesn’t mean Trump is ready to concede the 2020 election, though none of the dozens of lawsuits he and his allies have filed in eight states charging election malfeasance have gotten legal traction. After the Supreme Court rebuke, Texas Republican chair Allen West had another idea. “Perhaps law-abiding states should bond together and form a Union of states that will abide by the constitution,” he said.

In other words, secession. 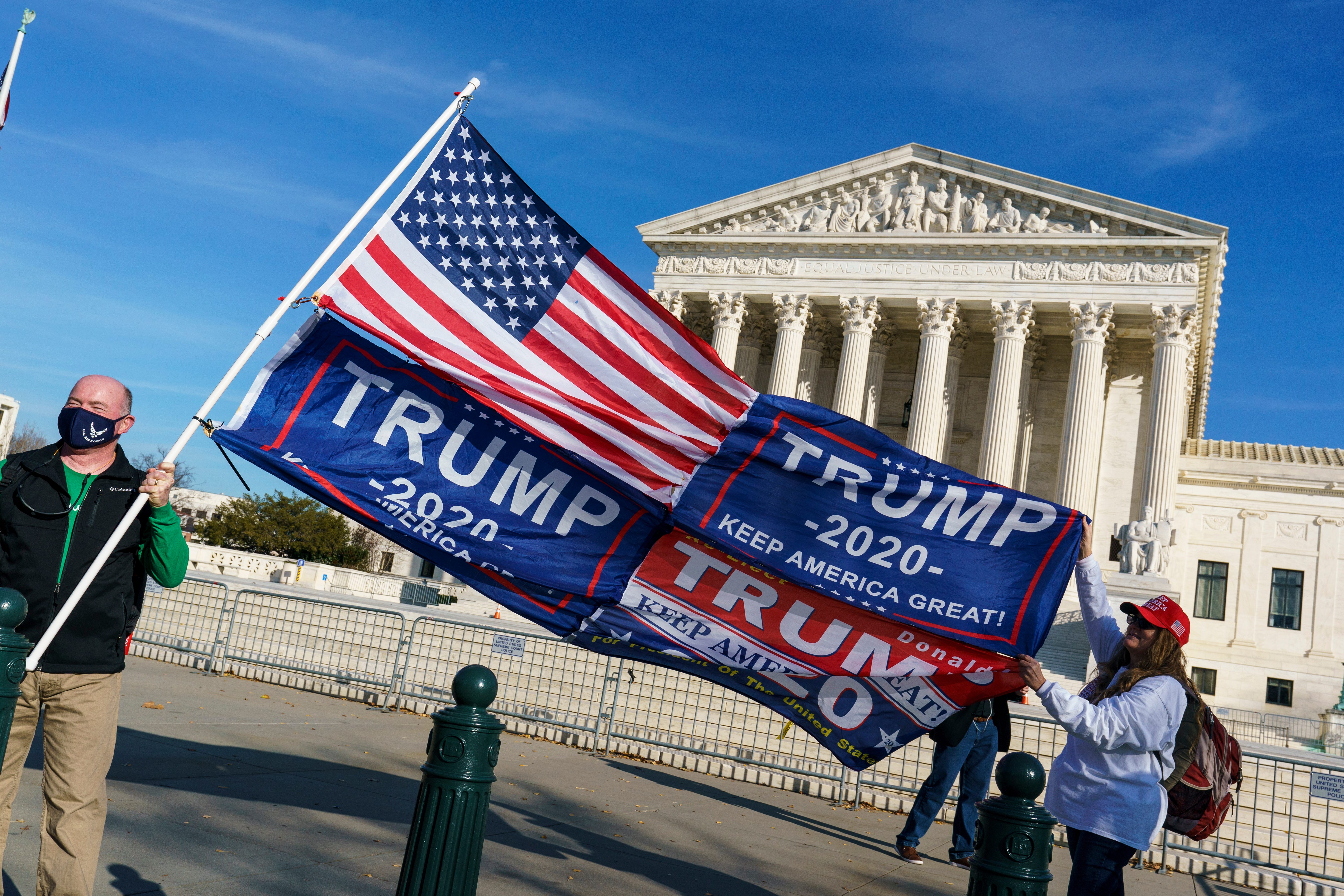