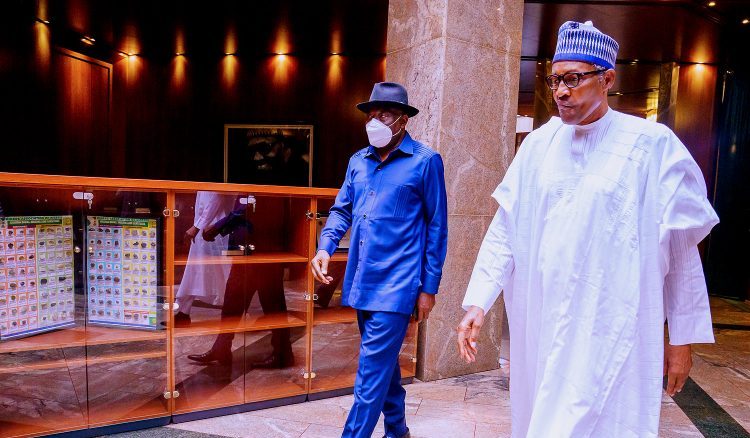 Former President Goodluck Jonathan has updated President Muhammadu Buhari with the political situation in Gambia, where the country’s president, Adama Barrow, is seeking re-election amidst political tension and uncertainties.

Mr Barrow had on Dec 3 met with Mr Buhari at the Presidential Villa, Abuja, where the two leaders engaged in bilateral talks.

“Things would have been very difficult for us without the invaluable support you gave,” Mr Barrow said.

Meanwhile, in a brief interview with State House correspondents at the end of the closed door meeting, Mr Jonathan said he briefed Mr Buhari about the outcome of his mission to the Gambian capital Banjul. 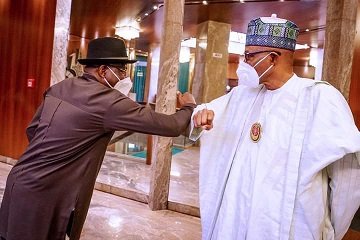 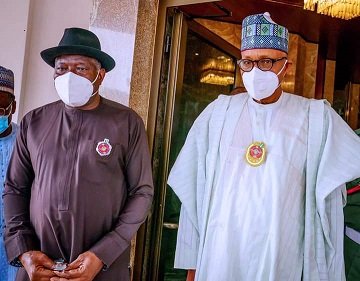 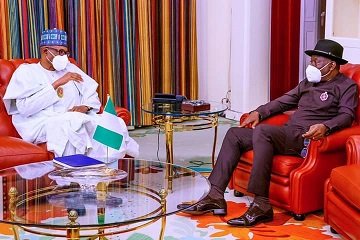 Jonathan, who is the ECOWAS Envoy to Mali, said his mission was meant to find amicable solutions to the political problem in Gambia, saying that he had successfully completed the first part of the assignment while the final part of the political misunderstanding would be addressed in January, 2021.

Some opposition groups in Banjul had embarked on a protest in recent times demanding for the Gambian president to honour his pledge of single term tenure.

The post Jonathan briefs Buhari on political developments in Gambia (PHOTOS) appeared first on Within Nigeria.