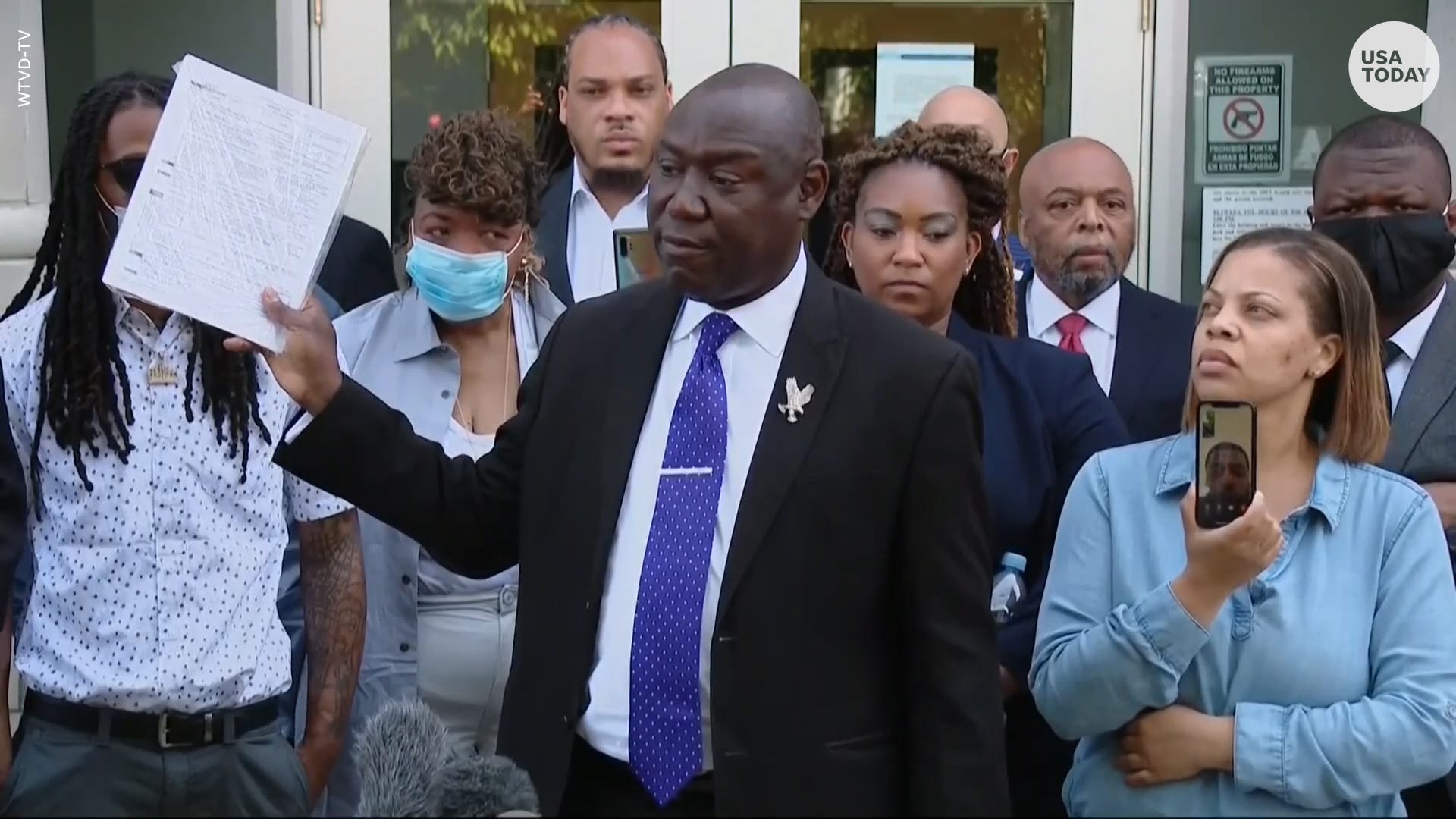 The independent autopsy released by Andrew Brown Jr.’s family attorneys shows he was shot five times, including a fatal shot to the back of his head.

ELIZABETH CITY, N.C. – A judge on Wednesday will consider petitions to release bodycam footage of sheriff’s deputies fatally shooting a Black man after his death caused a week of protest and demands for accountability and transparency.

Andrew Brown Jr. was shot five times, including once in the back of his head, by deputies serving warrants at his home in Elizabeth City last week, an independent autopsy commissioned by his family and released Tuesday showed.

North Carolina Gov. Roy Cooper on Tuesday called for a special prosecutor to handle the case and any decision on potential criminal charges. The FBI’s Charlotte field office said it had opened up a civil rights investigation into Brown’s death.

Independent autopsy: Andrew Brown Jr. shot 5 times, once fatally in back of his head

The sheriff’s office has not released the body camera video in Brown’s death, citing a state law requiring court approval before doing so.

The law does allow agencies to show the video to family members privately. Brown’s family on Monday viewed what they said was an edited, shortened clip of his death. Brown’s son Khalil Ferebee said the clip they saw showed his father being “executed.”

A coalition of media organizations, including Gannett, the parent company of USA TODAY, are petitioning to have all videos of the incident released. Pasquotank County Attorney R. Michael Cox also petitioned to release the sheriff’s office recordings.

It’s unclear how soon the judge could rule or when the video could be released. Similar cases have taken weeks to play out.

Civil rights attorney Ben Crump, who is representing Brown’s family, railed against the lack of access to body camera footage.

“We believe they’re trying to hide the truth,” Crump said. “If they were making transparency a priority, we would all have seen that video by now.”

Brown’s warrants were tied to alleged drug offenses. On Tuesday, Crump tweeted a clip of what he called “the militarized police force rushing to kill Andrew Brown,” showing a truck with the word “sheriff” painted on the side and packed with armed personnel.

Crump also tweeted that the video was provided by the Elizabeth City Council, but USA TODAY could not verify whether the deputies portrayed in the video were the actual deputies on their way to serve Brown the warrant.

Just-released footage of the militarized police force rushing to kill Andrew Brown. This has become a constant sight across America, the evolution of policing that’s now terrorizing communities of color! (🎥/@WAVY_News) pic.twitter.com/bLwowoAgso

On Tuesday, another night of protests continued in Elizabeth City. The mayor previously declared a state of emergency before any possible video release and a curfew was in effect.

“It seems like every week we say no justice, no peace, but nothing gets better. We should all be tired of this so it doesn’t become a weekly event. They have to improve the training. They have to improve community policing,” Kirk Rivers, brother to the Pasquotank County NAACP President Keith Rivers, said as he led a group of marchers.

Brown’s death came one day after a jury in Minneapolis found former police officer Derek Chauvin guilty of murdering George Floyd and a day before a funeral was held for Daunte Wright, a Black man in Minnesota fatally shot by an officer during a traffic stop.

Earlier Tuesday, Brown’s family’s attorneys released results from an autopsy the family commissioned. The independent exam showed Brown was shot four times in his arm and once in the back of his head.

Family attorney Chantel Cherry-Lassiter said the bodycam video the family saw shows Brown with his hands on the steering wheel of his car and not a threat to deputies, who fired as he backed his vehicle out and tried to drive away.

“He left, tried to save his life and they continued to shoot and put a bullet in the back of his head,” family attorney Harry Daniels said.

“It’s obvious he was trying to get away. It’s obvious. And they’re going to shoot him in the back of the head?” Ferebee added.

The family’s attorneys said they welcomed the FBI’s involvement in the case to “overcome any local bias that may prevent justice from being served.” The bureau said it would work closed with the Justice Department “to determine whether federal laws were violated.”

No criminal charges have been filed in the case.

District Attorney Andrew Womble, who oversees Pasquotank County, said in a statement that state law gives him the power to decide on prosecuting crimes in his district and he stands “ready, willing and able to fulfill my statutory obligations.”

Cooper, though, said a special prosecutor should handle the case. “This would help assure the community and Mr. Brown’s family that a decision on pursuing criminal charges is conducted without bias,” Cooper said in a statement.

State Attorney General Josh Stein said his office has offered assistance to the local prosecutor and cannot intervene unless asked. 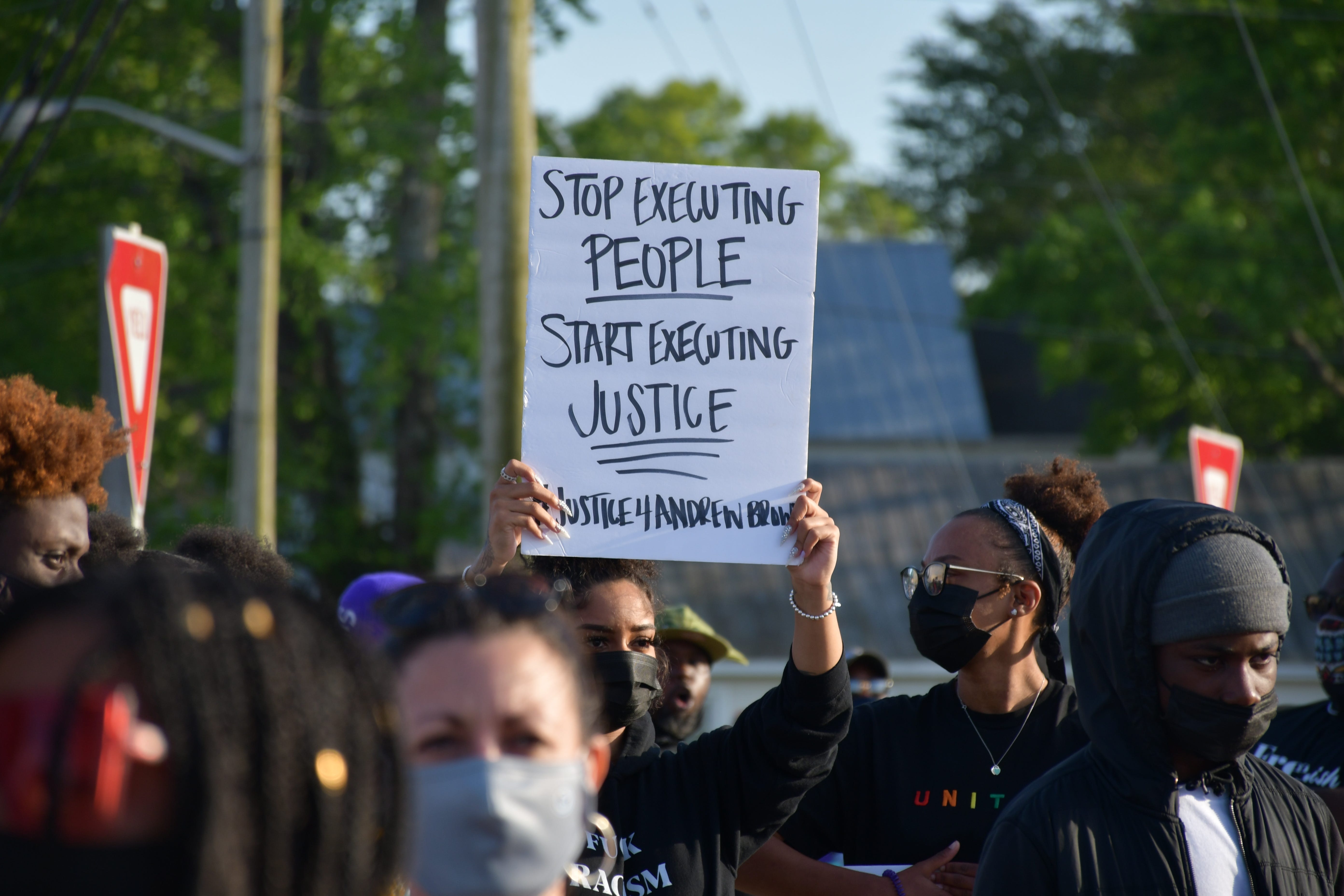 2021-04-28
Previous Post: At 100 days (and after a lifetime in politics): The surprising presidency of Joe Biden
Next Post: India surges past 200,000 Covid deaths as health system collapses