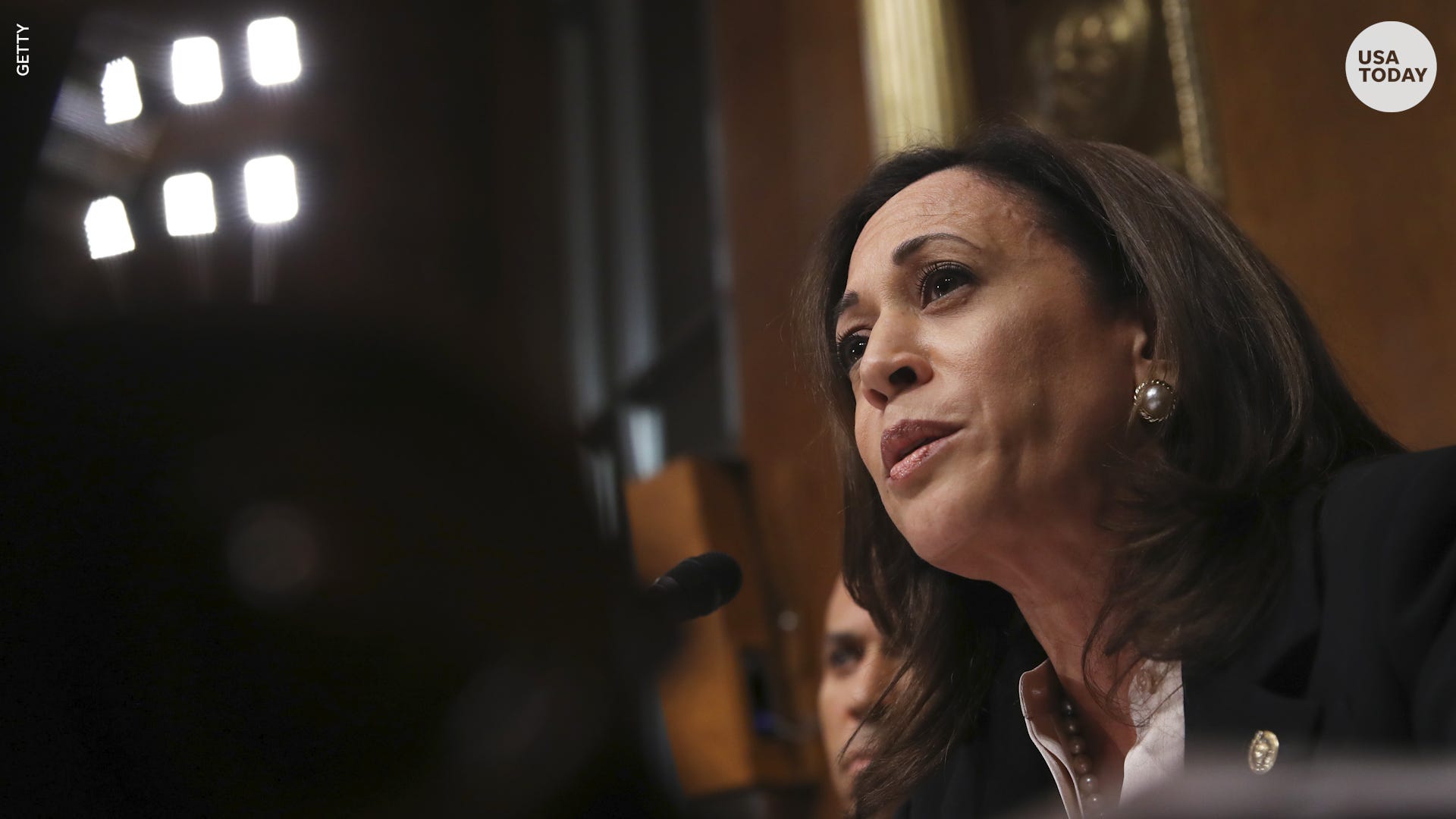 Harris is also the first Black and South Asian American to be elected vice president.

Kamala Harris delivered her first speech as vice president-elect Saturday night in a crisp, white suit — a likely nod to the suffragettes of the 20th century who worked to get women the right to vote.

Harris walked on stage to the song “Work That” by Mary J. Blige, the theme song she has walked out to literally hundreds of times since the Democratic primary. But Saturday night, it was her first melodic stroll as the first African American and South Asian American woman to be elected vice president of the United States.

“While I may be the first woman in this office, I will not be the last,” Harris said to cheers outside the Chase Center in Wilmington, Delaware. “Every little girl that’s watching tonight sees that this is a country of possibilities.”

Women in Congress made a point of wearing suffragette white during President Donald Trump’s State of the Union speeches. This past year, the Democratic Women’s Caucus in the House organized the effort. The color choice honors the women’s suffrage movement that led to the ratification of the 19th Amendment in 1920, which granted women the right to vote.

The children of Harris’ niece, Meena Harris, also decked out in white, joined their great-aunt on stage after Joe Biden spoke

“All the women who have worked to secure and protect the right to vote for over a century – 100 years ago with the 19th Amendment, 55 years ago with the Voting Rights Act and now in 2020 with a new generation of women in our country who cast their ballots and continued their fight for the fundamental right to vote and be heard,” Harris said Saturday.

“Tonight I reflect on their struggle, their determination and the strength of their vision to see what can be unburdened by what has been. And I stand on their shoulders. And what a testament it is to Joe’s character that he had the audacity to break one of the most substantial barriers that exist in our country and select a woman as his vice president.”

The collar on Harris’ suit may also have been symbolic.

The pussy bow, a floppy and flouncy bow around the collar of shirt, made first made fashionable by British Prime Minister Margaret Thatcher, was two years ago being worn across Sweden as a sign of protest.

First Lady Melania Trump wore a blouse with one to a presidential debate in 2016.

Two years later, Vogue wrote about how it had become a political statement.

“Women and men took to wearing pussy-bow blouses in support of Sara Danius, who stepped down as the permanent secretary of the Swedish Academy (the bestower of the Nobel Prize in Literature) and in protest of the system that allowed for her removal in the wake of a #MeToo scandal involving a man with ties to the academy,” Vogue reported in 2018.