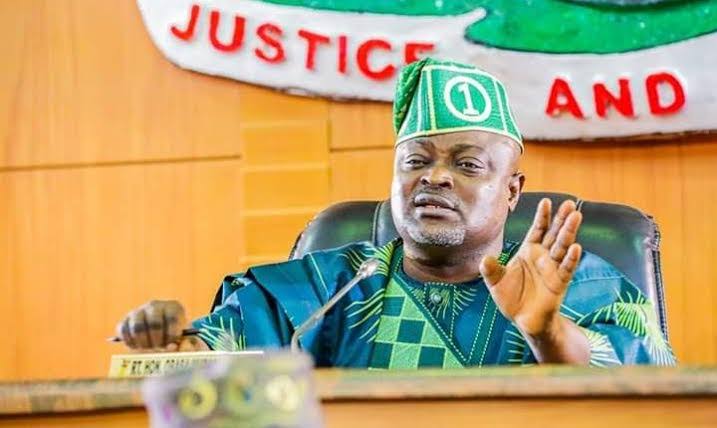 The Lagos State House of Assembly on Friday demanded proscription of the Federal Special Anti-Robbery Squad (FSARS) over alleged high-handedness of the outfit.

The assembly made the plea, following an emergency plenary called by the Speaker of the House, Mr Mudashiru Obasa, on the ongoing nationwide agitations for FSARS to be disbanded.

The house also told the inspector-general of police to set up a new outfit in place of FSARS.

It told the Lagos State Commissioner of Police, Mr Hakeem Odumosu, to provide protection for #EndSARS protesters as they express their grievances against FSARS.

The News Agency of Nigeria (NAN) recalls that Obasa and some lawmakers had on Oct. 9, addressed protesters demanding an end to FSARS, who alleged that operatives of the outfit were killing innocent people nationwide.

Addressing the assembly’s plenary earlier, Obasa said that among the seven-point resolution passed after an extensive deliberation was that the Senate and House of Representatives should probe allegations against F-SARS.

The speaker cited the allegations as incessant killing, maiming and dehumanizing of Nigerians.

He said the assembly also urged the senate president and the speaker of the House of Representatives to institute public enquiries on the squad’s extra-judicial activities, including killings, maiming and dehumanizing of youths.

“This investigation is to ensure that the victims are duly compensated while erring officers are sanctioned appropriately.

“SARS should be proscribed and a new security outfit which will be more efficient with clearly spelt out code of conduct and rule of engagements be established, while sanction is imposed for misdemeanour.

“Mr President should ensure that culpable officials of the F-SARS receive the punishment as prescribed by the National Assembly,” Obasa said.

The house passed a resolution directing the Committee on Judiciary, Human Rights and Public Petitions to liaise with the commissioner of police and the attorney-general of the state.

The house also urged Gov. Babajide Sanwo-Olu to engage relevant institutions to protect lives and desist from scrutinizing phones, laptops and other gadgets belonging to youths.