Last chance for a long ball: Can Trump use the Nashville debate to shake up a race he’s losing to Biden? 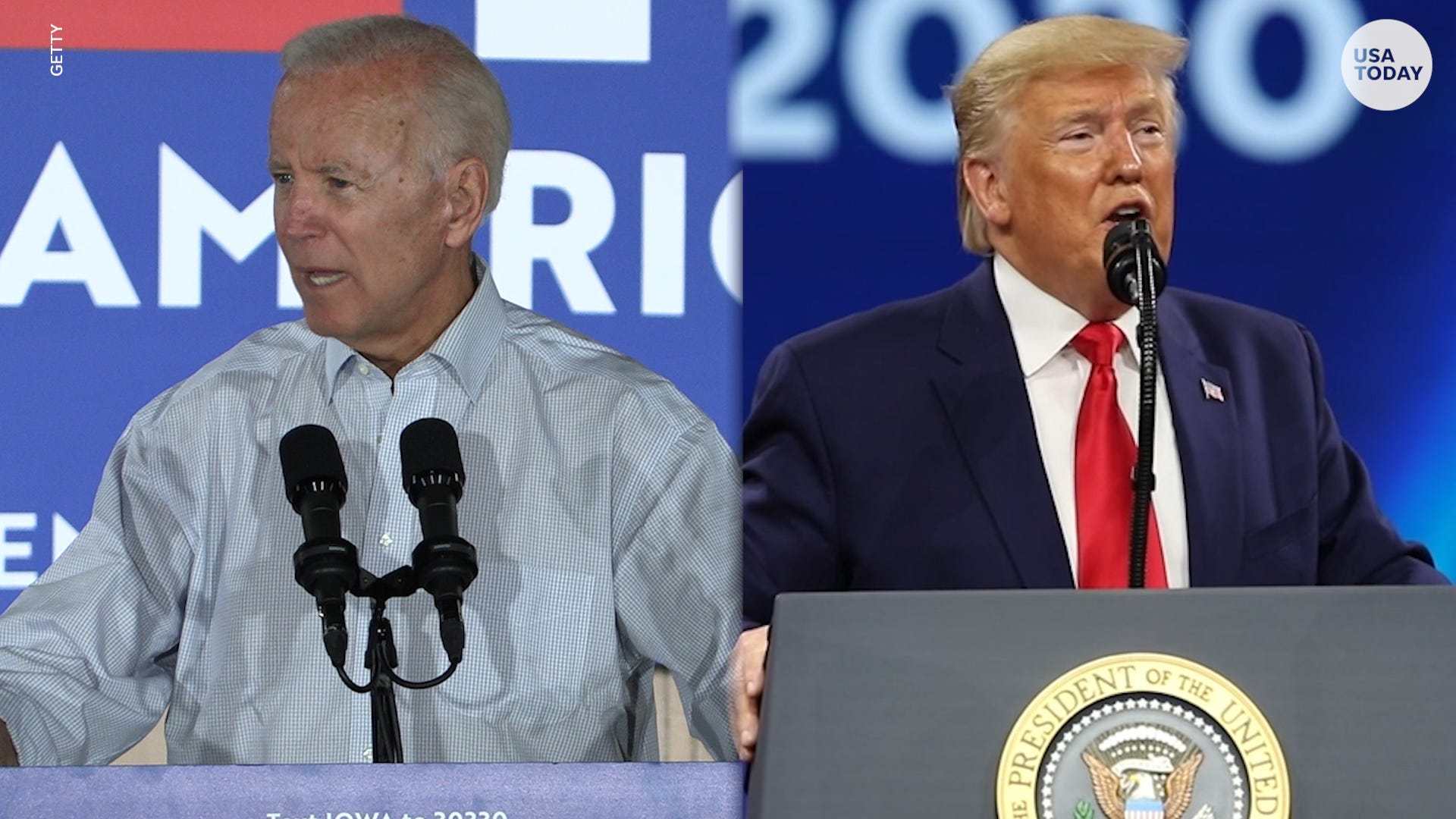 Election 2020: Mics will be muted for portions of presidential debate

President Donald Trump and Democratic nominee Joe Biden will have their microphones cut off during portions of the final presidential debate.

Trailing by double digits in national polls and single digits in battleground states he needs, Trump faces a tough task at the forum in Nashville. He needs to turn a race that has become a referendum on his handling of the coronavirus into a choice between him and an opponent he blasts as weak and dangerous.

“The debate will give Trump his last big platform for reaching the entire nation, not just his supporters or his acolytes in the conservative media, so there’s a lot riding on it for him,” said Alan Schroeder, a Northeastern University professor and author of “Presidential Debates: 50 Years of High-Risk TV.” “Biden’s chief task is to let Trump be Trump and, to the extent possible, get out of his way while he self-implodes.”

In their debate three weeks ago,  Trump interrupted and heckled Biden so relentlessly that the Commission on Presidential Debates has added a mute button, a device never before considered necessary. After that first debate, in Cleveland, 60% of viewers rated Biden’s performance as “good,” according to an Ipsos poll, and 66% rated Trump’s performance as “poor.”

Final debate: Brace for another blistering showdown despite the new mute button

It wasn’t clear whether anyone’s vote was changed.

That’s another challenge for Trump. Views are so firmly entrenched that the pool of voters open to persuasion has nearly evaporated. In a Yahoo News/YouGov poll released this week, just 5% of likely voters are undecided, and only 3% say there is even “a chance I will change my mind.”

Nearly 42 million Americans had cast their ballots by midday Wednesday, according to tracking by the U.S. Elections Project. The unprecedented flood of early and mail-in voting has been fueled by concerns about COVID-19, the prospect of Election Day disruptions and supercharged interest in the election by both sides.

“It’s the last big event of the campaign, and time is running out,” said Carroll Doherty of the nonpartisan Pew Research Center, though a close election in a battleground state might be tipped by the final debate.

Who’s undecided? Donald Trump’s toughest hurdle to pull off a win: Most minds are made up

The 90-minute debate is likely to draw an audience of more than 70 million viewers. For the second time during this campaign, which has been defined and upended by the pandemic, the two candidates for president will stand side-by-side as they discuss six big issues, from the economy to climate change.

For a turbulent time, the head-to-head race has been remarkably steady.

Biden has led Trump from the time he clinched the Democratic nomination in March, though by a margin that has inched a bit wider over the past three weeks, according to a rolling average of polls by fivethirtyeight.com. Biden leads nationally by more than 10 percentage points, 52.2%-41.9%, and has an edge of 6 to 8 points in the trio of Midwestern states that were crucial to Trump’s victory in the Electoral College four years ago – Michigan, Pennsylvania and Wisconsin.

The week in polls: Trump roars back in Florida, Biden gains in Georgia

Both Reagan and Obama recovered with strong performances in the debates that followed, and both won second terms.

Trump strategists predict he will moderate his rhetoric the second time around. “When you talk about style and you talk about approach, I do think that President Trump is going to give Joe Biden a little bit more room to explain himself on some of these issues,” adviser Jason Miller said on “Fox News Sunday.”

Trump promised to try to knock Biden off his stride, including with questions about the business dealings of his son Hunter.

There have been no signs of temperance by the president on the stump in recent days. He has aired grievances and picked a public fight with Anthony Fauci, the nation’s top infectious-disease specialist and someone who has higher favorable ratings than the president. Nor has Trump spent much time behind closed doors preparing for the debate, instead appearing at a series of combative rallies in states that he carried in 2016 but where he is now tied or trailing.

‘It’s not going to be fair’

The debate rules have raised Trump’s ire. He called the commission’s decision to mute each candidate’s microphone while the other is given two minutes to speak at the beginning of each segment “crazy” and the debate itself a “setup.’

“It’s not going to be fair,” he said on “Fox & Friends” Tuesday. He denounced anchor Kristen Welker, a White House correspondent for NBC, as “terrible” and a “radical Democrat.”

But Trump didn’t say he wouldn’t show up. His refusal to participate virtually in a planned second debate prompted the commission to cancel the town-hall-style forum, a lost opportunity. Whatever his complaints, he doesn’t want to risk that again.

Twelve days before the balloting ends, no other tactic or event – not TV ads nor campaign rallies nor incendiary tweets – has so much potential to change this trajectory of the election. It is a last chance for the candidates to make their closing arguments.

The president needs the debate to shake up a race that he otherwise seems headed toward losing.

More: Trump tries to rev up base in unlikely battleground of Georgia as polls show tight race with Biden 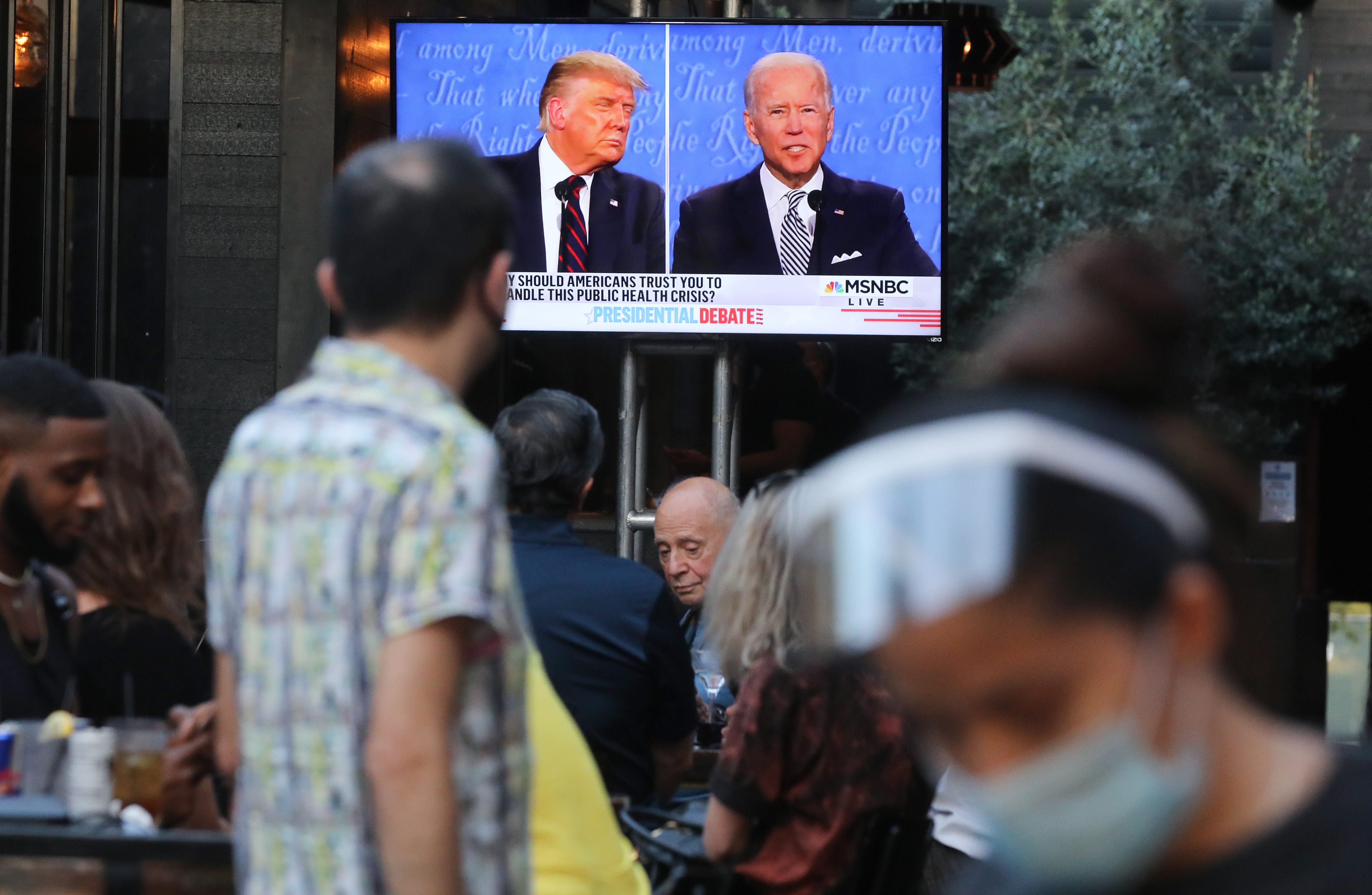