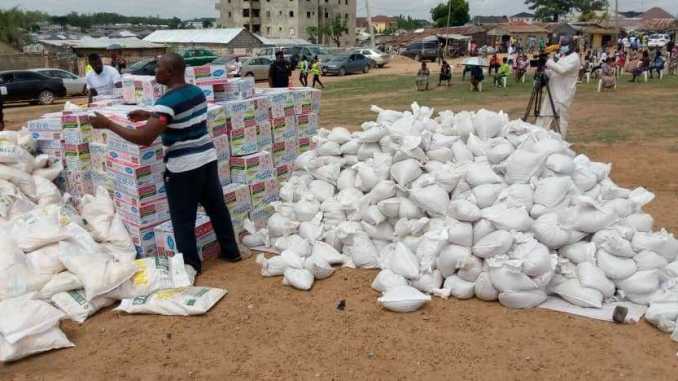 Yusuf Abdullahi, chairman of a Makurdi Market Traders Association, has been arrested for selling out COVID-19 palliatives meant for Benue traders union.

The palliatives were said to have been handed over to the market union leader for distribution to traders at Wurukum market, but he diverted it to Kano where they were sold.

Recall that the police in Kano State had, few weeks ago during the lockdown occasioned by COVID-19, recovered 1,958 cartons of noodles suspected to have been diverted from Benue State to Kano.

Also the Commissioner of Police in Kano, Habu Sani, had said that some people were arrested between July 23 and September 8.

The commissioner for Information, Culture and Tourism, Mrs. Ngunan Addingi and security adviser to the governor who briefed journalists Thursday in Makurdi, said police investigation showed that the palliatives which had long been distributed to the traders in Makurdi markets were diverted to Kano state by some of the traders.

The security adviser to Governor Samuel Ortom, Lt. Col. Paul Hemba, said some of the palliatives were given to members of Wurukum Market Association through their chairman, Alhaji Yusuf Abdullahi, who hails from Kano state.

“So somehow, some of them sold these palliatives instead of using them. According to them, they needed the money that time more than the palliatives.

“And when they were discovered in Kano market, the police in Kano made some arrests. Alhaji Abdullahi who is chairman of Wurukum Market Association here in Makurdi was also arrested and the investigation is ongoing.

“Investigation is ongoing. The Commissioner of Police here in Benue state has also been involved.

We informed him in writing and he is also carrying out an investigation into the incident and when he is done with the investigation, he will brief us and we will also get back to you on this issue,” he said.

The post Leader Of Benue Traders Arrested For Selling COVID- 19 Palliatives appeared first on Within Nigeria.