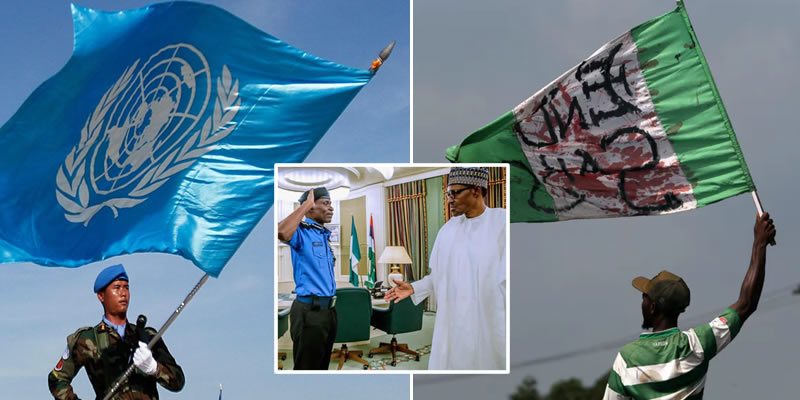 The United Nations has charged the Nigerian Government to reveal the authority that ordered the deployment of soldiers who opened fire on protesters at Lekki toll gate on Tuesday, October 20, and asked that a credible, independent inquiry be set up to probe the shooting and killing of peaceful #ENDSARS protesters.

The UN also said that the federal government must ensure that victims of the shooting get deserved justice.

“Nigeria must set up a credible, independent inquiry into the recent illegal killings of at least 12 peaceful protestors by soldiers.

Governments come and go, but #PoliceBrutality is as intractable as ever. Nigerians need justice,” the UN said.

The UN rights experts noted that while excessive use of force during peaceful protests is always unacceptable, the Lekki shooting was “especially disturbing because demonstrators were precisely calling for accountability for previous police brutality”.

It added that the fact that lights illuminating the toll gate and the CCTV cameras were apparently switched off before soldiers opened fire indicates a disturbing level of premeditation.

The UN said, “Since 2005, UN Special Rapporteurs have repeatedly raised the issue of police killings and impunity with the Nigerian Government.

“We have had 15 years of government promises, but nothing has changed.

“What is particularly disturbing is that the authorities said they had disbanded the SARS and agreed to the protesters other demands, including investigations

“But they immediately announced the formation of another similar unit and have not ended the excessive use of force.

“In addition to setting up an independent inquiry, the Nigerian authorities must clarify why the military was deployed and who gave the order.

“Any investigation must aim to identify lines of responsibility, deliver accountability and justice, provide remedies and reparations, and recommend structural and systemic changes.”

The post Lekki Shootings: Nigerians need justice, UN tells Government, list ‘what must be done’ appeared first on Within Nigeria.