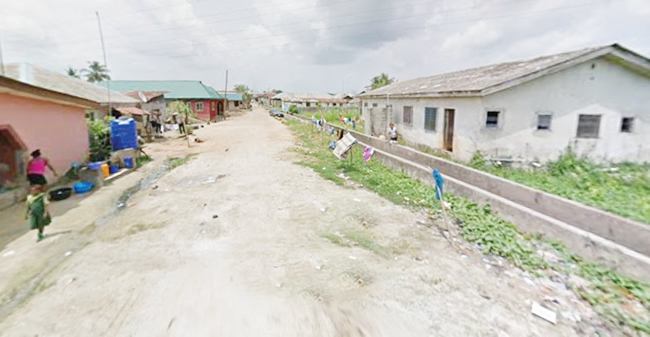 A man, Ibrahim Ilesanmi, has died after being reportedly electrocuted by a fallen wire at the jetty in the Ojo area of Lagos State.

Newsmen gathered that Ilesanmi visited the jetty to do something when he had body contact with the naked wire.

The naked wire was said to have fallen from a security pole at the jetty.

As a result of the electrocution, it was learnt that Ilesanmi lost consciousness and some good Samaritans rushed to his assistance in a bid to rescue him.

After efforts to resuscitate him at the scene of the incident proved abortive, he was rushed to a nearby hospital, where the doctor on duty pronounced him dead.

Angered by the development, it was learnt that youths in the community protested the circumstances surrounding Ilesanmi’s death and were about causing trouble at the jetty when men of the Lagos State Police Command stormed the premises to restore order.

The state Police Public Relations Officer, Muyiwa Adejobi, who confirmed the incident, said the manager of the jetty, Felix Omojoye, reported the incident to the police, adding that investigation into the incident was ongoing.

Adejobi said, “One Mr Felix Omojoye, the manager of SIFAX Marine Jetty, Ojo, Lagos, came to the station and reported that on the same date around 3.40pm, one Ibrahim Ilesanmi, 31, of Jetty Road, Ojo, Lagos State, came inside the jetty and was electrocuted by a naked wire from a security pole.

“All efforts made to revive him proved abortive and he was rushed to Onyems B Hospital in Ojo, where he was pronounced dead on arrival. Meanwhile, youths of the community made efforts to disturb the peace, but they were pacified. An investigation into the case is ongoing.”

The post Man, 31, electrocuted at Lagos jetty appeared first on Within Nigeria.