Trump’s allies plan to object to confirming Biden as president

Trump’s admission as millions flock to the polls: US election | 9 News Australia
Inside a UK lab tracking Covid variants
Trump to hold departure ceremony at Joint Base Andrews on morning of Biden inauguration
Feds: Capitol riot cases to soar past 300; ‘bread crumbs’ of evidence so far point to coordinated assault 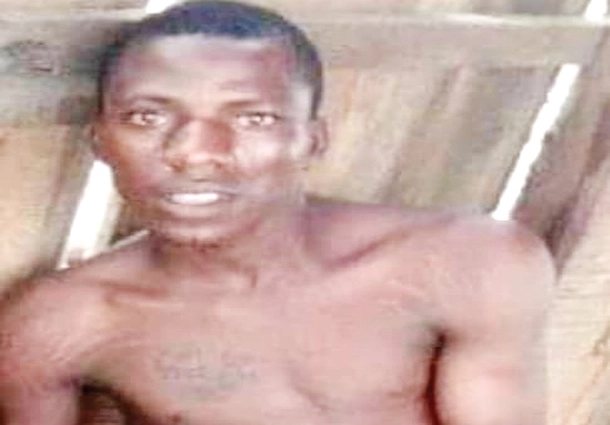 During a dispute over the detonation of a banger around a mosque in Ilorin, Kwara State, while the Muslim congregational prayer was being observed on Christmas Eve,  30-year-old man, Abdulkadir Segi, was reportedly stabbed to death.

One Kehinde Oloka of Oke-Agodi area of the town reportedly stabbed Abdulkadir in the chest.

It was gathered that the suspect, who is presently at large, was repeatedly detonating bangers in front of the mosque to disturb Muslims worshipers, who were observing their Ishai evening prayer.

Abdulkadir, who was one of the congregants in the mosque, was said to have come out to ask Oloka to move away from the place of worship.

It was alleged that the suspect ran home, came back and attacked Abdulkadir with a long sharp knife, with which he stabbed him and the victim reportedly bled to death.

Abdulkadir was said to have been rushed to a private hospital, where he was pronounced dead by a medical doctor.

A family member, who spoke to newsmen on condition of anonymity, confirmed that the suspect stabbed the victim during an argument over banger around the mosque while the evening prayer was going on, adding that Oloka took to his heels after committing the crime.

It was gathered that all occupants of the suspect’s house, including his parents, deserted the family compound when they heard about what happened.

According to the family source, the deceased was single and was the only son of his parents.

It was gathered that he had since been buried according to Islamic rites.

The source added that the matter had been reported at the Adewole Police Station, Ilorin.

The Police Public Relations Officer in the state, Ajayi Okasanmi, confirmed the incident, adding that the suspect was on the run and had deserted his family house in Ogidi.

Okasanmi, who said the police had launched a manhunt for the suspect, said members of his family were also helping the command to get Oloka arrested.

Meanwhile, a 37-year-old commercial motorcyclist, identified simply as Abduazeez, who was unconsciously riding a motorcycle with number plate MUN 705 WV, suddenly fell into a canal on Sokoto Road, Sabo-Oke, Ilorin, and died.

The Head of Media and Publicity, Kwara state Fire Service, Hassan Adekunle, said one of the men of the service sustained an injury while trying to recover the body of the victim from the canal.

Adekunle said, “This incident was a little bit cumbersome, because during the process of recovering the dead body, one of our rescue team members also got trapped and was seriously injured.

“However, we were able to recover the two of them from the deadly canal; the deceased was handed over to police officers from the ‘A’ Division and our man was taken to the Civil Service Hospital for proper treatment.

“And not quite after we reached the said hospital, the Commissioner for Works and Transport Oluwarotimi Iliasu, also came to ascertain the condition of the concerned officer, sympathised with him and fervently prayed for his quick recovery before he left us in the hospital.”