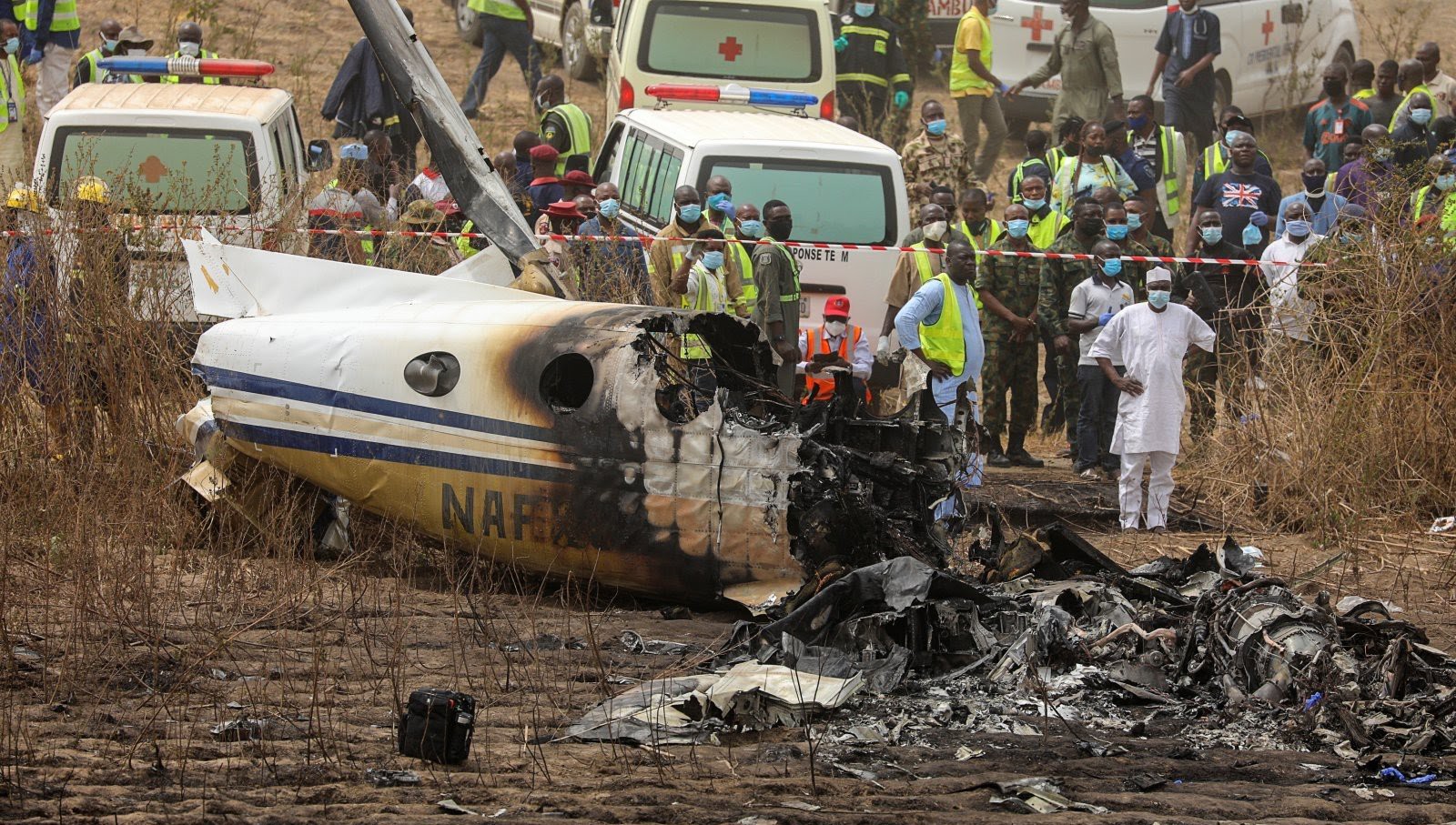 The Nigeria Air Force, NAF, has released the names of officers who died in the Sunday’s plane crash in Abuja.

Recall that the Beechcraft Kingair B350i aircraft en route Minna in Niger State crashed close to the runway of the Abuja airport.

The jet had crashed after suffering engine failure.

NAF had confirmed the crash which it said seven people were killed.

Meanwhile, NAF spokesman, Ibikunle Daramola has released the names of those involved in the crash.

Daramola also said the Chief of the Air Staff, Air Vice Marshal Oladayo Amao, has ordered an immediate investigation into the crash.

“This is to confirm that a Nigerian Air Force Beechcraft KingAir B350i aircraft crashed while returning to the Abuja Airport after reporting engine failure enroute Minna. First responders are at the scene. Sadly, all 7 personnel on board died in the crash.

“The Chief of the Air Staff, Air Vice Marshal IO Amao, has ordered an immediate investigation into the incident.

“While urging the general public to remain calm and await the outcome of investigation, the CAS, on behalf of all NAF personnel, commiserates with the families of the deceased,” he said.